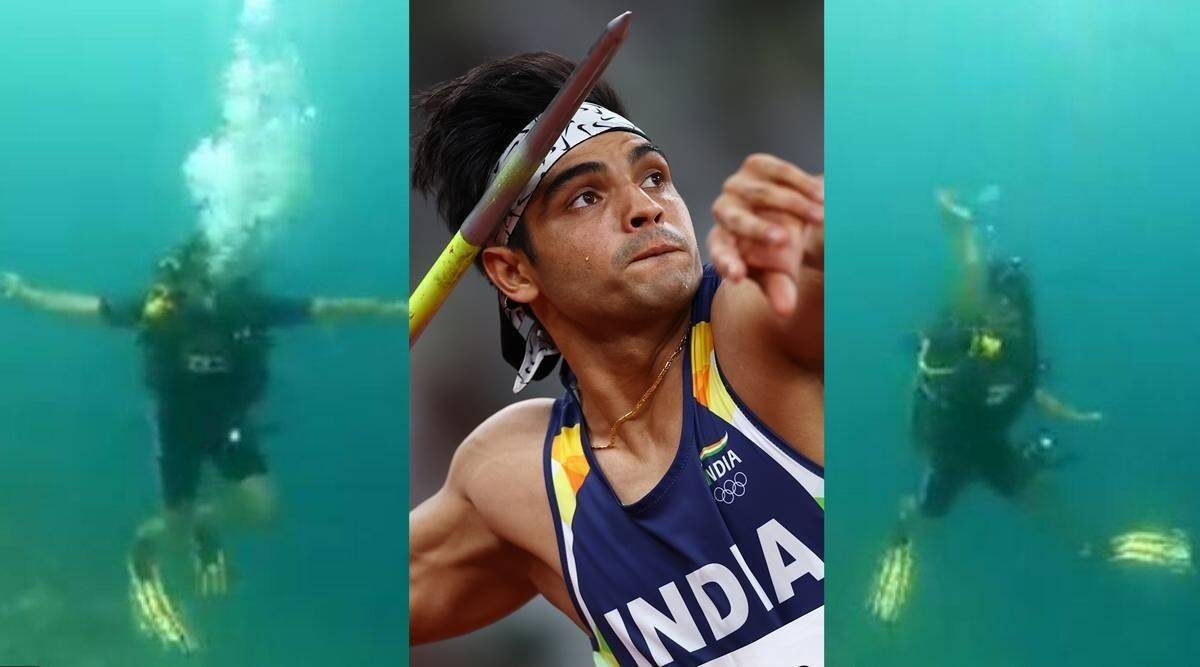 Neeraj Chopra posted underwater video of himself in which he was shadow practicing his javelin throw moves. India’s first Olympic gold medallist in athletics Neeraj Chopra thinks of his javelin even when he is underwater. Neeraj, who is currently vacationing in Maldives, posted a video of himself shadow practicing javelin throw underwater with a caption that said, “Aasman par, zameen pe, ya underwater, I’m always thinking of the javelin!.”

Neeraj can be seen enjoying underwater and performing the action of throwing a javelin, quite like the one that won him the elusive gold. The 23-year-old also shared a couple of photographs from his Maldives holiday in his Instagram stories, one of which shows him enjoying his “healthy breakfast with a view”.

More than half a century after Milkha Singh looked back for a fraction of a second and 37 years after PT Usha forgot to dip at the finish line resulting in heart-breaking fourth-place finishes, the glorious flight of Neeraj Chopra’s javelin gave the country its first-ever track and field medal, a gold in Tokyo 2020.

The Haryana boy did not just win a gold medal, flinging the javelin a staggering 87.58m to top the charts in Tokyo, but vaulted himself into history books. The gold, a historic first for the country in track and field, the second for an individual ever and the first since Abhinav Bindra’s in 2008, would also ensure India’s richest-ever tally.

Such has been the impact of Neeraj’s success that popular sports academies, like the Chhatrasal Stadium in Delhi, are clocking a rush of new enrollments. An Olympian says he is getting “at least half-a-dozen text messages every day” from beginners asking about coaches. And retailers are shipping in more equipment. Neeraj Chopra’s historic gold at the Tokyo Olympics in August has triggered a javelin surge at the grassroots.