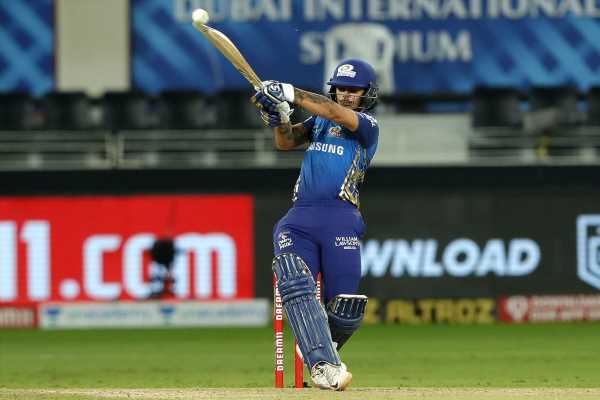 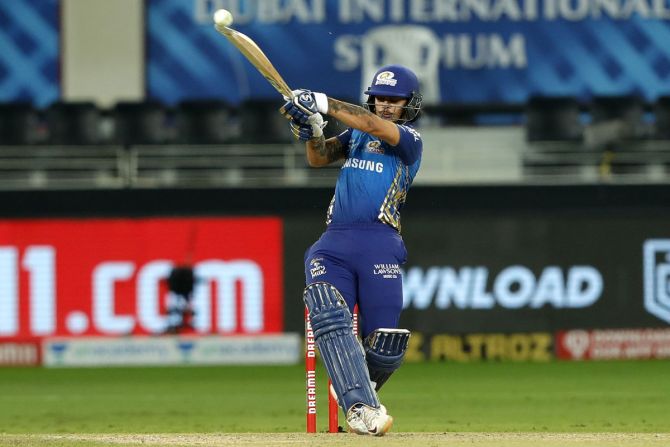 Ishan Kishan’s dream start to international cricket continues as the young left-hander was named in the Indian team for next month’s T20 World Cup in the UAE.

Kishan is the first Indian batsman to score fifties on debut in both T20Is and ODIs.

He made his ODI debut against Sri Lanka in Colombo in July and left an instant impact as he smashed the second-fastest half-century scoring 59 runs in 42 balls on debut in ODIs.

Despite playing for the first time in ODI cricket, he smashed the first ball he faced in the match for a six.

He also hit a fifty on debut on his T20 International debut, hitting 56 off 32 balls against England in March when he was called to open the batting.

Chairman of the Selectors Chetan Sharma believes Kishan, who can opening the batting or bat in the middle order, can be an important player in the T20 World Cup.

‘Ishan is a floater, he can open the innings. He bats regularly in the middle order in domestic cricket and he is brilliant against the spinners. Importantly, it is important to have a left-hander in your team who is explosive, because he can take on the leg-spinners,’ said Sharma.

‘We have three openers — Rohit Sharma, K L Rahul and Ishan Kishan — who can play as opener and can also fit into the middle order. So Kishan is giving us a lot of options. If needed, he can open like he has done in ODIs (in Sri Lanka) when he got a fifty and he can also play in the middle order because he is a good player of spin,’ Sharma explained.

Kishan, 23, was one of the top performers for champions Mumbai Indians in the IPL last year — scoring 516 runs at an impressive strike rate of 145 with four fifties.

He smashed 173 from 94 balls, hitting 11 sixes and 19 fours, to power Jharkhand to a mammoth 324 run win against Madhya Pradesh in the Vijay Hazare Trophy one-day match in Indore in February.

The experience of batting in various positions in domestic cricket, in the IPL and for India ‘A’ has made him confident of playing under pressure, Ishan said.

Crediting Mumbai Indians Captain Rohit Sharma and MI Director of Cricket Operations Zaheer Khan for mentoring him during the IPL, Kishan said during the first leg of IPL 2021, ‘In the IPL it’s important to make the most of an opportunity whenever you get one. It’s the hunger and dedication to do well that helps you get across the line.

‘It’s amazing to have mentors like Rohit bhai and so many others in the dressing room. You get to learn so much and adapt your game accordingly. The Mumbai Indians stint is the bedrock of my cricket. The mentorship I received from the coaches and Rohit bhai and Zaheer bhai helped me.’

Kishan led India at the Under-19 World Cup in 2016 in Bangladesh, where they finished runners-up to the West Indies. He will be hoping to go one better next month and clinch the T20 World Cup this time around.