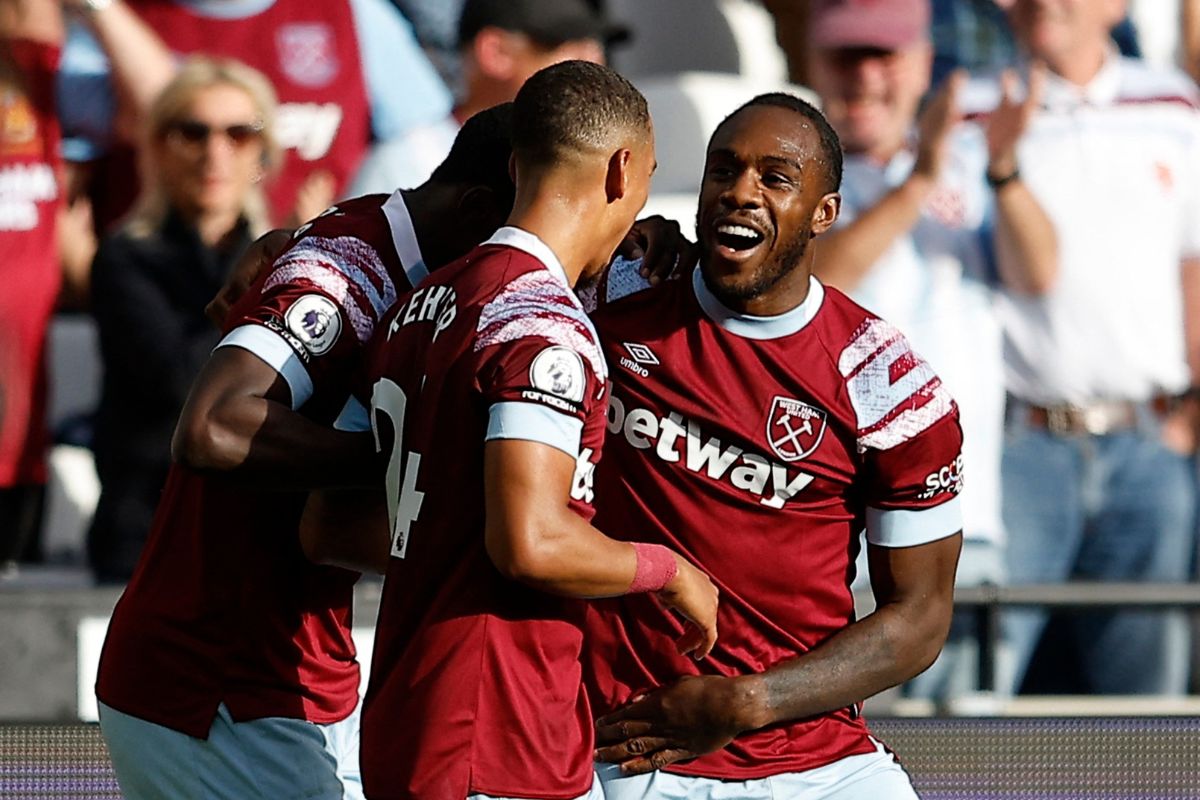 IMAGES from the Premier League matches played on Sunday.

West Ham United won back-to-back Premier League games for the first time this season when they came from behind to beat Fulham 3-1 at home in a London derby on Sunday.

Goals from Jarrod Bowen, Gianluca Scamacca and Michail Antonio moved David Moyes’ side, who were in the relegation zone last month, up to 13th in the standings, a point behind ninth-placed Fulham.

“I thought we deserved the win. We started slow, maybe an impact of playing on Thursday (in the Europa Conference League), but we grew into the game as it went on,” Moyes told BBC.

“We’re still trying to improve a lot of things, but we’re doing a lot of good things as well. There were bits I didn’t enjoy, but it’s going in the right direction at the moment.”

Fulham took an early lead when Andreas Pereira took the ball into West Ham’s box and blasted the ball from a tight angle past Lukasz Fabianski into the roof of the net.

Pereira quickly turned from hero to villain, however, when he fouled Craig Dawson in the box at a corner despite repeated warnings from the referee to keep his arms off the defender.

Bowen dispatched the resulting penalty with aplomb as he sent Bernd Leno, who had just made a superb double save, the wrong way.

“We had a chat in the managers’ meeting to say you couldn’t put two arms around the player. It was a stonewall penalty, it was more of an American Football challenge,” Moyes said.

West Ham were slow to up the tempo after the restart but Scamacca gave the home side the lead just after the hour mark when he deftly controlled Lucas Paqueta’s lob, before applying a cool finish with a chip over Leno.

Scamacca did not celebrate, thinking it would be ruled out but VAR found him marginally onside and a lengthy check for a handball could not deny the Italian his goal either, although Fulham boss Marco Silva was booked for his protests.

“You never know if you’re going to be offside or if you’ve handballed, but you saw the celebrations when the goal was given,” Bowen said of Scamacca, who has scored in West Ham’s last three games in all competitions.

“It was a great finish. Scamacca and Lucas have played their part. If you look at his (Scamacca’s) performances, he’s definitely settled in now.”

Antonio then came off the bench and wrapped up the win in stoppage time, when he profited from a defensive mix-up between Leno and defender Tim Ream.