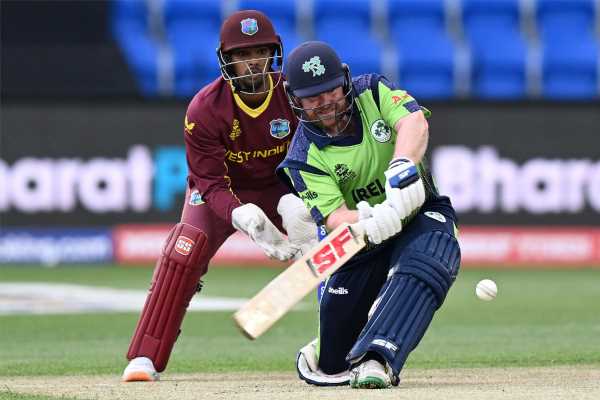 West Indies were knocked out of the T20 World Cup after suffering a nine-wicket defeat against Ireland in the Group B match of the qualifying round at the Bellerive Oval, Hobart on Friday.

Ireland progressed to the Super 12s stage from Group B with two wins from three games. They will be joined in the next round by the winner of the match between Scotland and Zimbabwe. Two-time winners West Indies, who were also beaten by Scotland in their first match, crashed out in the first round.

Electing to bat, West Indies struggled in the middle overs as they finished on a below-par 146/5 in their 20 overs, with Brandon King smashing an unbeaten 62 from 48 balls.