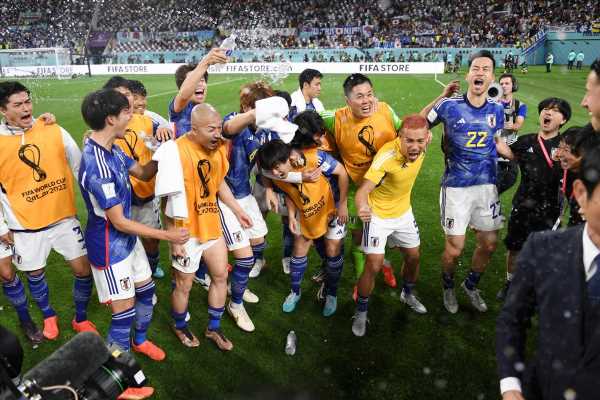 Japan coach Hajime Moriyasu said not too long ago his team might have lost Wednesday’s World Cup opener against Germany at the death, rather than claiming a stunning victory over the four-times world champions.

Two goals in the last 15 minutes gave Moriyasu’s side a 2-1 win over the European giants and the perfect start to their bid to reach the quarter-finals of the World Cup for the first time.

With stoppage time, they had to hold out for 15 minutes after taking the lead, bringing back memories of their loss in the last 16 of the last World Cup when they gave up a 2-0 lead against Belgium and lost to a stoppage time goal.

“At the end they came at us with the full power, in the past maybe we would have lost but the players have been playing in Germany and Europe they’ve learned so much from that, so we held on,” Moriyasu told reporters.

“United as one, we needed to hang tough until the final whistle went and we were able to grasp our opportunity.” 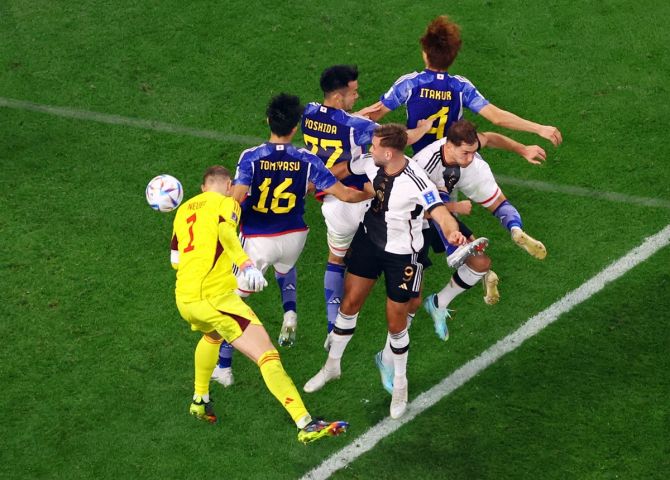 Moriyasu said the “historic” victory was the result of meticulous planning and the flexibility of his players when they were faced with the full might of the Germans in a one-sided first half and went a goal down.

“We wanted to start aggressively, we wanted to dominate the game but Germany are very strong so we needed to defend persistently and take our chances,” he said.

“In our tactics, we had many options and looked at many scenarios. We knew there was a chance we could go a goal down, we planned for it, we prepared for it.”

Moriyasu brought on five substitutes in the second half with two of them, Ritsu Doan and Takuma Asano, providing the goals that secured the unlikely victory.

“It was very difficult we were struggling a lot,” said goalkeeper Shuichi Gonda.

“But this is a World Cup, everyone wants to play. The subs came on and re-energised the team. Maybe one player is not that strong but together we were able to do it.” Progressing to the next round will still be a tough task from a Group E also featuring 2010 champions Spain and Japan’s next opponents Costa Rica.

“We want to go to the quarter-finals, this is the first step,” Gonda added.

“Japan has its own character and the way we do it is as a team. Doan and Asano scored but we did it together.”

Doan and Asano are two of the eight players in the squad playing for German clubs and Moriyasu again paid tribute to the role Germany has played in the development of Japanese football.

“Those leagues contributed to the development of the players,” he said. “We are thankful and respectful but when it comes to the match, we go for the win.”