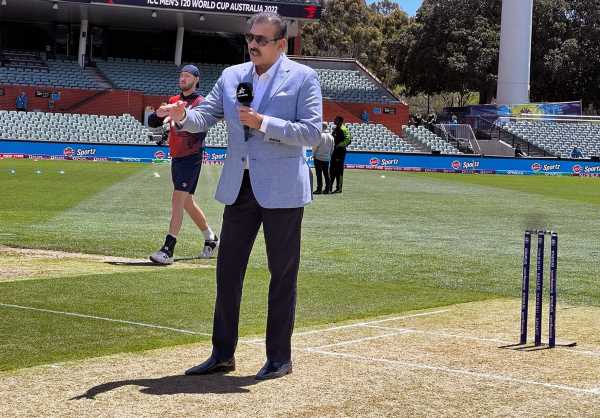 Ravi Shastri was back at the Adelaide Oval — a venue where he enjoyed some life-changing moments as India coach.

Under Shastri’s tutelage, India became the first Asian team to win a Test series in Australia when they upset the hosts 2-1 in 2018-2019 for their first-ever series triumph Down Under.

It was at the Adelaide Oval, where India started off the series with a thrilling 31 run victory. Even though they suffered a 146 run defeat in the next game at Perth, they bounced back strongly to beat Australia by 137 runs at Melbourne before drawing the final Test in Sydney to clinch the four Test series.

In the next series in Australia in 2020-2021, India were bowled out for a lowly 36 in the day-night Test at the Adelaide Oval as they went down by eight wickets. But the Indians showed great resolve to bounce back strongly. Despite Captain Virat Kohli departing after the first Test for his daughter’s birth and several key players missing with injuries, India stormed back with an eight wicket victory in Melbourne and batted bravely on the final day to draw the next match in Sydney.

The young Indian team, under Ajinkya Rahane, then defied all odds to chase down 328 in the fourth innings at Brisbane to win the series 2-1.

India became the first team to beat Australia at the Gabba in 33 years as they recorded their second successive series win in Australia.

‘The ground where all the fireworks started in Australia. First in 2019 and then off course after the spectacular 36 all out @TheAdelaideOval  #ZIMvNED #INDvBAN @cricketworldcup @ICC,’ Shastri, who is part of the Star Sports commentary team for the T20 World Cup, tweeted.