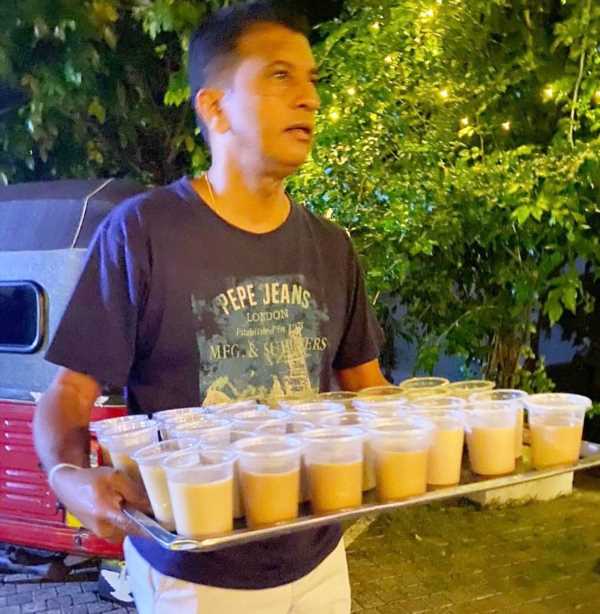 As Sri Lanka continues to battle its worst economic crisis since winning independence in 1948, the island nation has been unable to finance the import of necessities like food, medicines and fuel since late last year.

A direct impact of it has been a severe fuel shortage across the island with Sri Lankans waiting in long queues for hours at petrol stations stretching several kilometres.

Roshan Mahanama, a member of the Sri Lankan cricket team that won the 1996 ODI World Cup, shared a series of pictures of him serving tea and buns to those waiting in long queues at the petrol station around Ward Place and Wijerama Mawatha.

Mahanama appealed to Sri Lankans to look after each other ‘during these difficult times’. 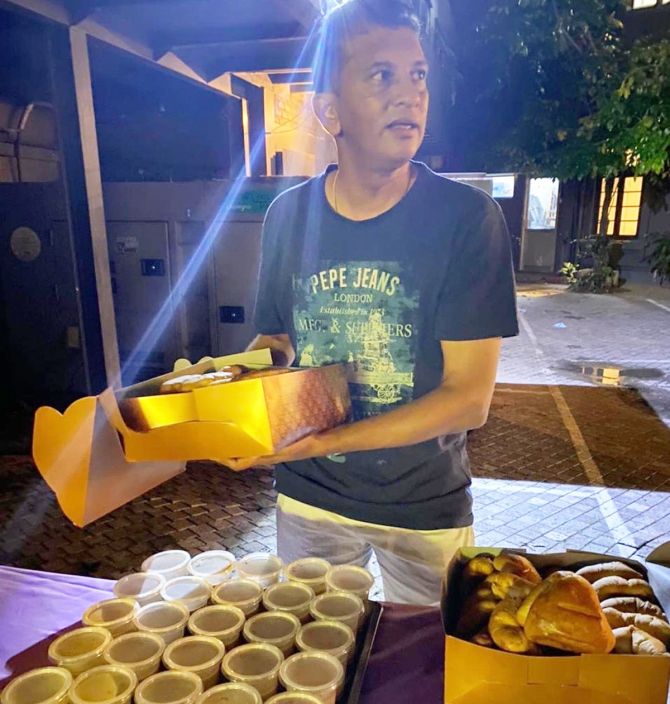 ‘The queues are getting longer by the day and there will be many health risks to people staying in queues,’ Mahanama tweeted.

‘Please, look after each other in the fuel queues. Bring adequate fluid and food and if you’re not well please, reach out to the closest person next to you and ask for support or call 1990. We need to look after each other during these difficult times,’ Mahanama, who played 213 ODIs and scored 5,162 runs for Sri Lanka, added. Earlier, the Australian cricketers, who are currently in Sri Lanka for a multi-format series, extended support to Sri Lanka.

In a clip shared by the Australian high commission in Colombo, Mitchell Starc and Steve Smith encouraged friends to ‘assist in any way they can’ in the UN’s appeal for $47.2 million of emergency funds.