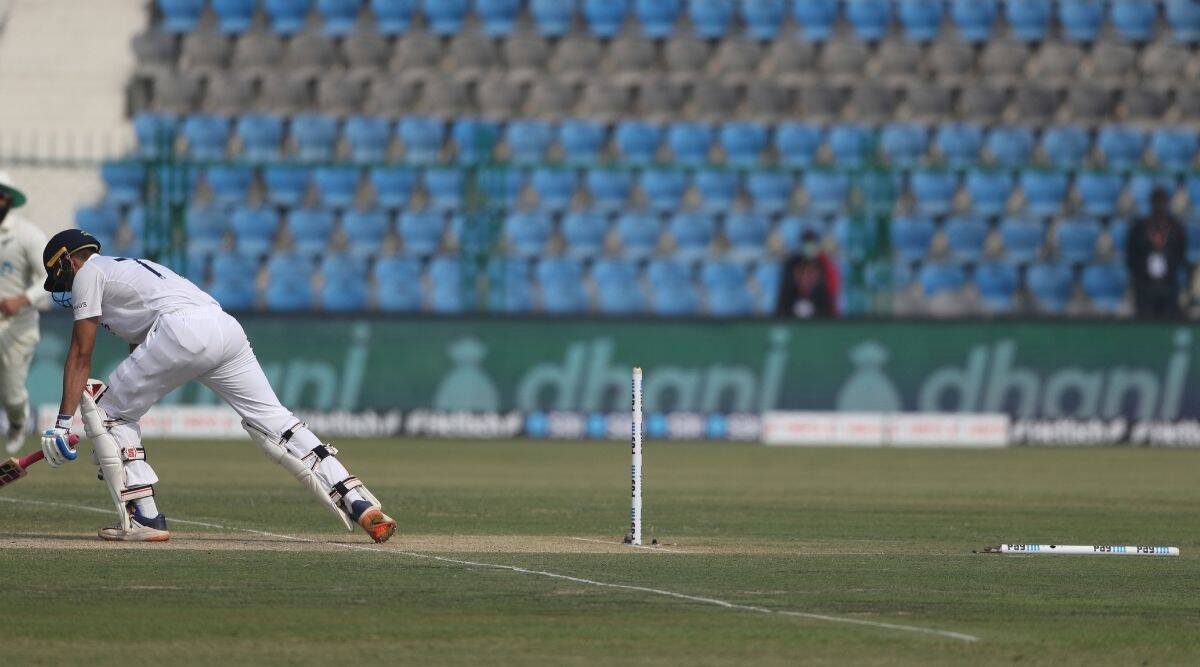 Shubman Gill as a kid had developed his game on concrete tracks – with his cousin Khushpreet firing in ball after ball for hours. That cemented his back-foot play but which has meant the forward play is a constant work in progress. Shubman Gill took a short stride out, landing on the back heel with toe up in the air – that creates imbalance and suggests he was slow in moving forward – and inside-edged a delivery from Kyle Jamison on to his stumps.

It’s been his problem area for a while now. As a kid, he had developed his game on concrete tracks -with his cousin Khushpreet firing in ball after ball for hours. That cemented his back-foot play but which has meant the forward play is a constant work in progress.

His KKR coach and a mentor of sorts Abhishek Nayar had told this newspaper about it. “On concrete, the backfoot becomes natural, an instinctive shot. And the front foot becomes something you have to develop,” Nayar said.

“He isn’t someone who you will see leaning into drives as that is not something that comes naturally, but he has scored a lot of runs with the red ball on the front foot. I think he has an all-round game.”

So what does Williamson’s coach David Johnston think about it? Johnston had seen Gill on junior tours to New Zealand and was highly impressed. But he had also noticed something.

“Batting is about transferring weight and being still when playing a shot. At the top level one needs to be strong on the back foot but still have the balance and skill to play under the eyes, and be in a position to transfer the weight forward. Sometimes, I have seen Shubman late with that weight transfer. He will be successful in Australia and will have his task cut out in England and New Zealand,” he had said last year, before the Australia tour. So far, it has played out exactly that way. Gill’s first move is to step back, then the front foot side-steps to his right and often opens up a little, before he presses down into his stance, crouches a little – for balance, ready to spring out to action according to the demands of the ball. But here is where it gets interesting.

Even when the ball is relatively full, he doesn’t move forward that much. Sometimes, one gets the impression he could transfer the weight further when he goes forward. It raises the concern that he can occasionally push his hands at the ball without actually transferring his weight forward.

And so, the pacers repeatedly hurl the ball fuller and test out the speed of the weight transfer. When it is slow, as it was here now, he can get into trouble.

Incidentally, Mayank Agarwal too had that front-foot landing problem today. Catch the replays if you can, you will see the front foot on the heel, toe up – not the ideal position and suggests he was late in pressing forward.