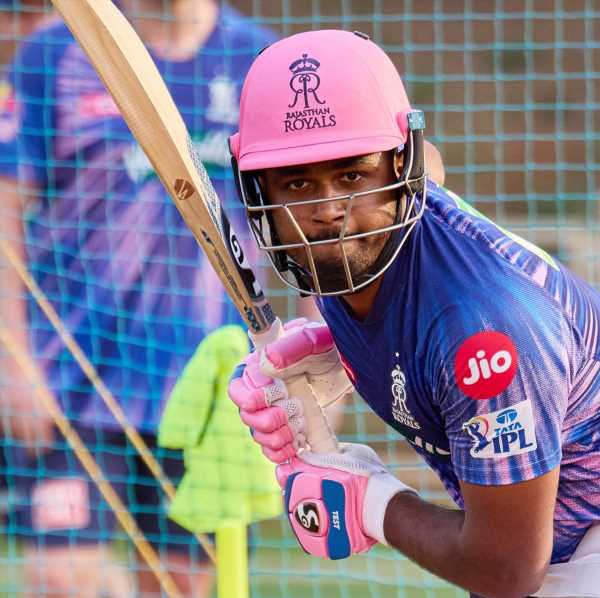 Rajasthan Royals skipper Sanju Samson was rattled by a tweet from the franchise and it resulted in the captain unfollowing the official Twitter page of Rajasthan Royals on Friday.

The Royals happened to post a picture of Samson with some glittery filters added to it- black spectacles and an Arabian prince turban on his head. The franchise captioned: Kya khoob lagte ho (You’re looking gorgeous) with a couple of laughing emojis. 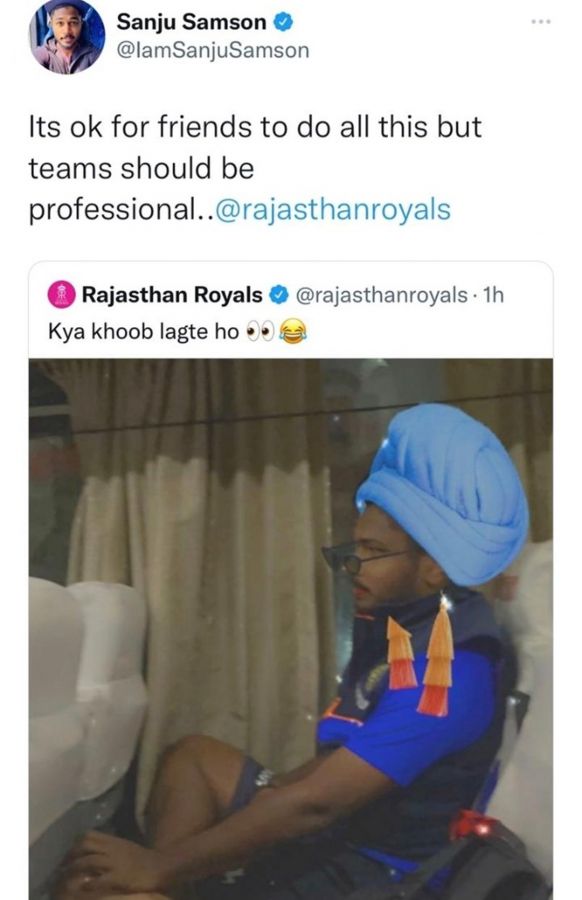 However, the post didn’t seem to go well with the Kerala wicketkeeper-batter. Samson got furious with the post and immediately rebuked it.

‘Its ok for friends to do all this but teams should be professional. @rajasthanroyals, Samson tweeted. 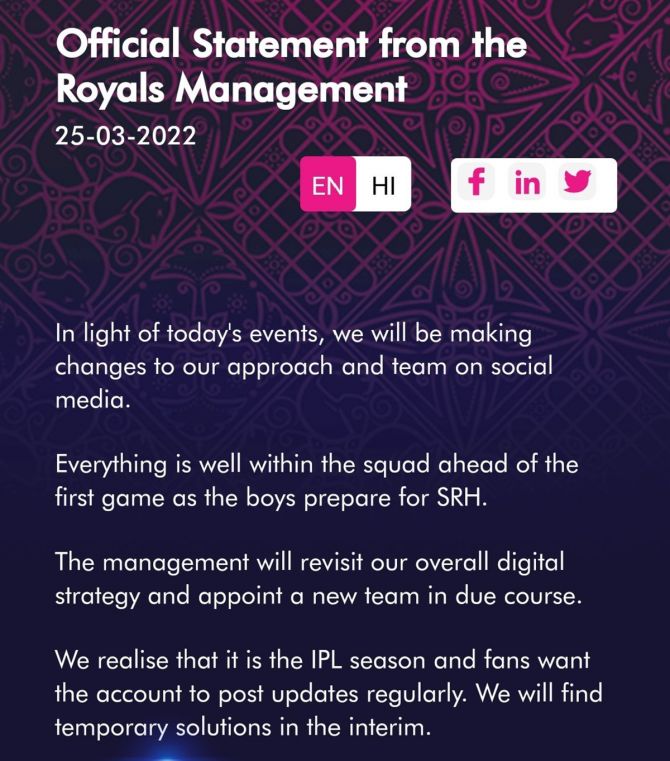 The franchise took to social media and posted an official announcement in which it mentioned that it will relook at its digital strategy and appoint a new social media team soon.

“In light of today’s events, we will be making changes to our approach and team on social media. Everything is well within the squad ahead of the first game as the boys prepare for SRH. The management will revisit our overall digital strategy and appoint a new team in due course. We realise that it is the IPL season and fans want the account to post updates regularly. We will find temporary solutions in the interim,” the statement added.