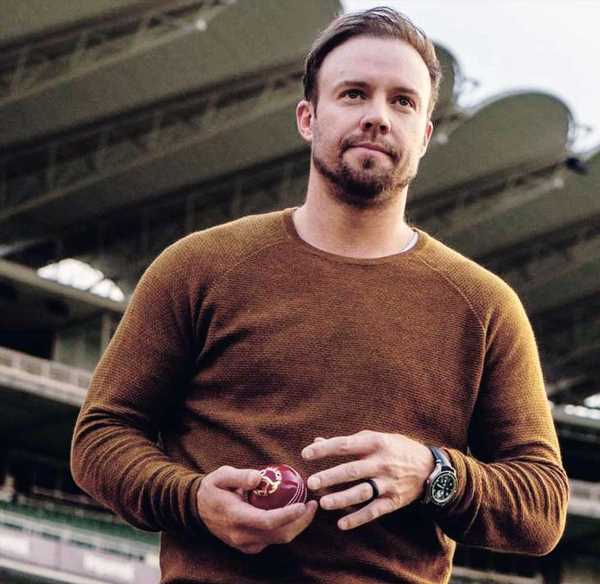 Fans were left pleasantly surprised as South African great A B de Villiers landed in Bengaluru on Thursday.

‘I am here to have a chat with the RCB guys about this year’s IPL,’ AB said in the video posted by Royal Challengers Bangalore on Twitter.

‘Great to be back in Bangalore,’ AB tweeted on his arrival. ‘Just checked in to the ITC Royal Gardenia for the first time in many years! So many great memories flowing back. Also been told this is my 25th time checking in here.

‘Tele is on and ready for the Pak/SA game. Go Proteas.’

De Villiers retired from all forms of cricket in November 2021. He played 11 seasons for RCB, whom he joined in 2011, and was their batting mainstay alongside Virat Kohli.

He played 156 matches for RCB, scoring 4,491 runs. He is the franchise’s second all-time leading run scorer behind Kohli and holds the second and third-highest individual run total in RCB history with 133 not out against the Mumbai Indians (in 2015) and 129 not out against Gujarat Lions (in 2016).

AB said last month that he would return to the M Chinnaswamy stadium, RCB’s home ground in Bengaluru, next year to thank the fans for their support.

‘I will return to Chinnaswamy next year, not for playing, but to apologise to all the fans for not winning the trophy and thank them for the support over a decade,’ de Villiers had tweeted.

De Villiers, who is not keen on coaching, could take over as RCB mentor — a role which Sachin Tendulkar adorns at the Mumbai Indians; Gautam Gambhir does likewise at the Lucknow SuperGiants. Gary Kirsten plays the part at IPL 2022 champions Gujarat Titans along with being that franchise’s batting coach.

‘I am definitely not planning to coach a team. I absolutely love to share everything that I have learnt, that will definitely come. But I am not going to be joining a team, coaching and travelling the world again,’ AB had said in October.

‘I am very happy to spend a bit of time at home after travelling for 18 years.’