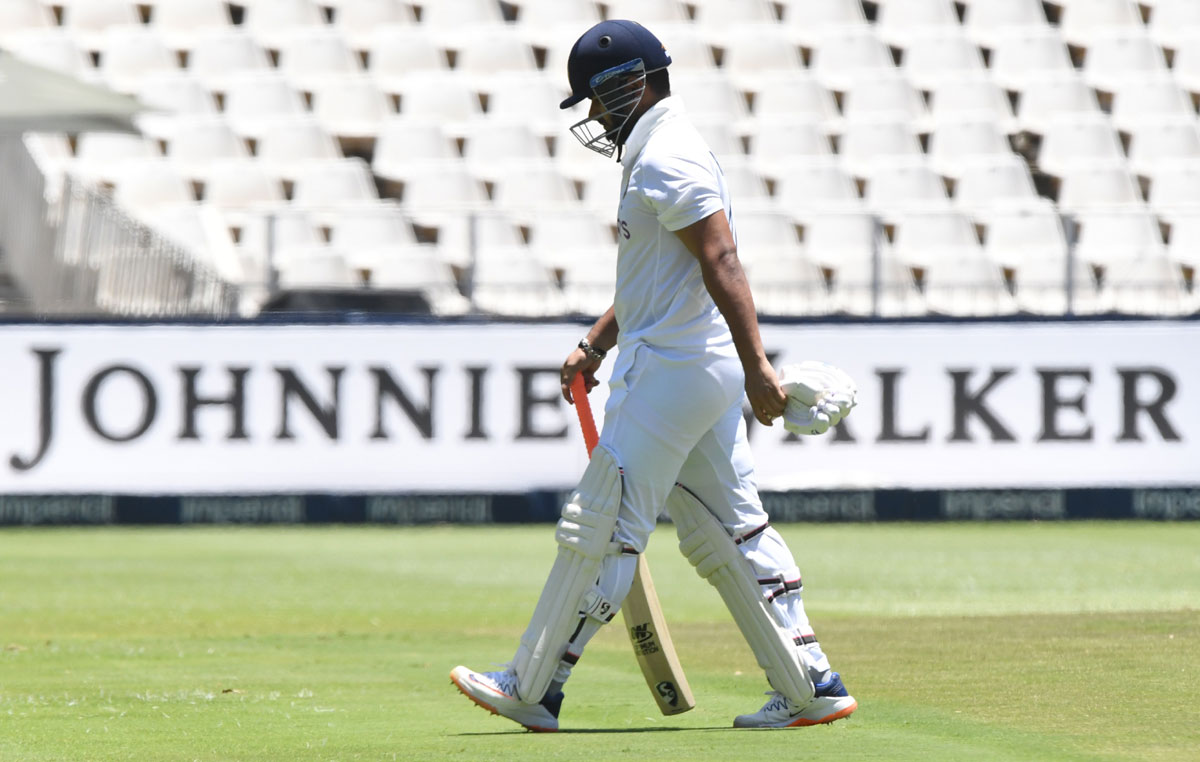 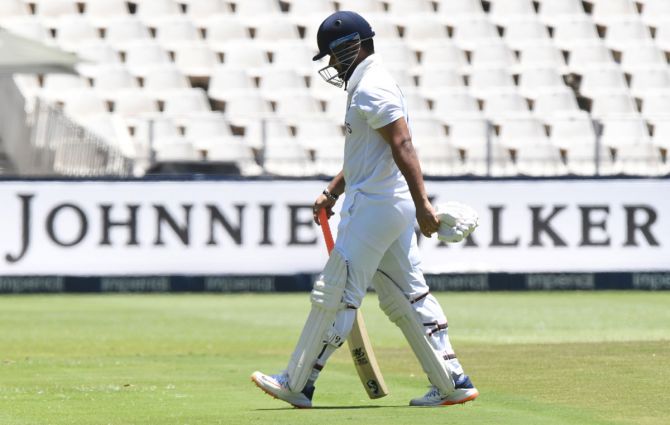 The high-flying Indians were sent crashing back to earth as South Africa grinded out a hard-earned seven-wicket victory in the second Test in Johannesburg on Thursday.

India, after their emphatic 113-run victory in the first Test, were expected to streamroll the hosts in the second match and register their first-ever series win in South Africa.

South Africa Captain Dean Elgar led from the front with the bat, scoring an unbeaten 96 as the hosts chased down 240 on a difficult pitch to leve the three-match series at 1-1.

India missed their inspirational Captain Virat Kohli who pulled out of the Wanderers game because of a back spam. Kohli may have not scored too many runs recently, but his energy and aggression in the field was definitely missing.

Stand-in captain K L Rahul came in for some criticism from the legendary Sunil Gavaskar for his fielding placements. ‘I thought giving Dean Elgar those singles at the start of the innings was making life a little bit easier for him,’ he told Star Sports. ‘The Indian fielding could have been just that little bit sharper.’

With Kohli all set to return to the playing XI as hinted by Coach Rahul Dravid, the axe could well fall on Hanuma Vihari who impressed with the bat in the second Test — scoring 20 and 40 not out.

Senior pros Ajinkya Rahane and Cheteshwar Pujara got back among the runs with half-centuries in the second Test, and Vihari could find himself the unlucky one to miss the cut.

Kohli believes in the five-bowler strategy and is likely to adopt the same tried and tested formula with a chance to create history in the third Test.

With all-rounder Shardul Thakur showing his prowess with the ball, with 7/61 in the first innings at the Wanderers, will India go in with four bowlers? That could give them the option to pick an extra specialist batter in place of a specialist pace bowler, but trust Kohli not to experiment in the final Test.

It remains to be seen if Rishabh Pant retains his place in the team after his shocking dismissal in the second innings of the second Test when he threw his wicket away attempting a rash shot against Kagiso Rabada at a crucial stage in the match.

Pant’s confidence will certainly have taken a blow after he copped a lot of criticism from all quarters. India have the option of going in with the dependable Wriddhiman Saha who has proved his pedigree with both bat and gloves.

Mohammed Siraj’s injury renders him a doubtful starter for the series-decider starting in Cape Town on January 11, which brings either Ishant Sharma or Umesh Yadav into the picture.

Jasprit Bumrah and Mohammed Shami must be desperate to redeem themselves in the third Test after they both combined managed just four wickets in the Wanderers game.

Who do you think should be part of India’s playing XI for the third Test against South Africa? Please pick your choices from the list and kindly post your team in the message board below: