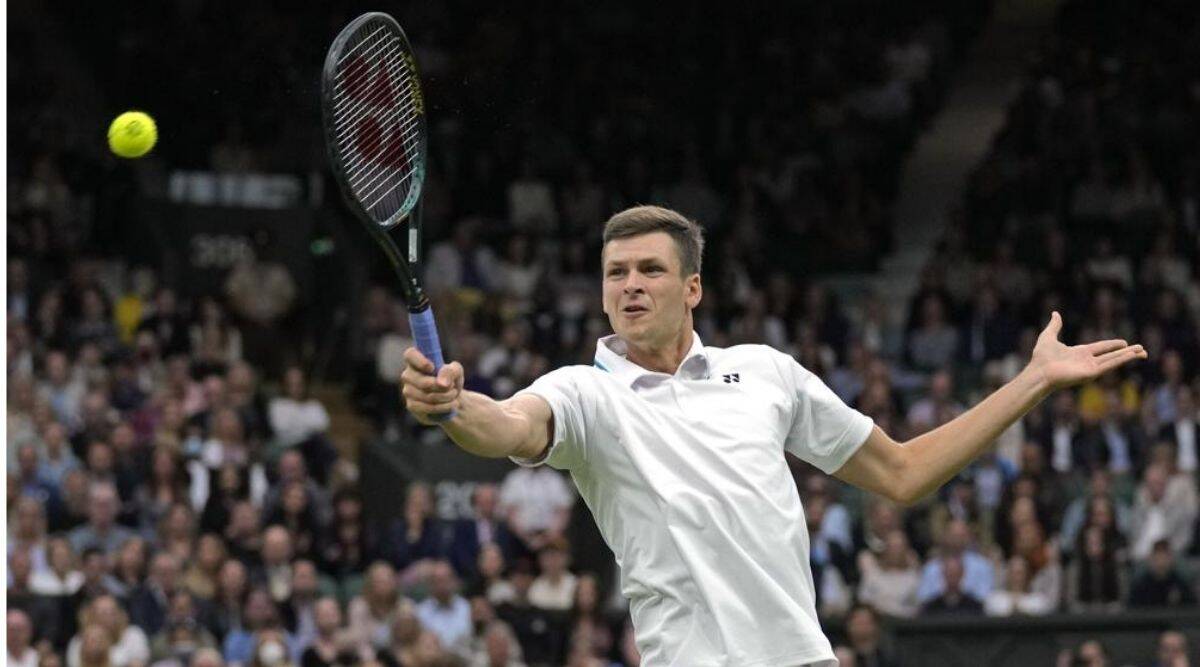 As if playing in a first Grand Slam quarterfinal wasn’t special enough, Hurkacz will be on Centre Court going up against the player that he — and a generation of tennis players like him — grew up idolizing. 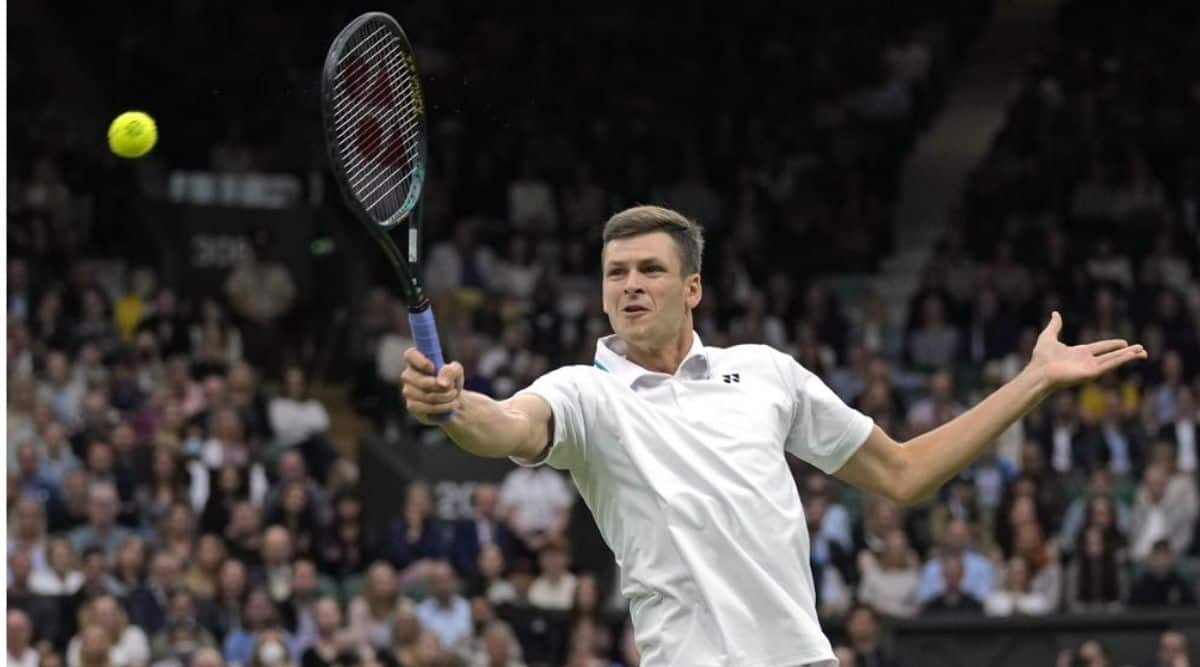 On Wednesday, at the age of 24, Hurkacz will try to foil Federer’s latest attempt at winning a ninth.

As if playing in a first Grand Slam quarterfinal wasn’t special enough, Hurkacz will be on Centre Court going up against the player that he — and a generation of tennis players like him — grew up idolizing.

“Roger, what he does, the way he plays, the titles he has won — he has inspired so many people,” Hurkacz said. “Being out there playing quarterfinals against him, it’s really amazing.”

The Polish player earned that matchup by coming from behind to beat No. 2-seeded Daniil Medvedev 2-6, 7-6 (2), 3-6, 6-3, 6-3. That match resumed Tuesday under the roof on Centre Court after being suspended overnight in the fourth set because of rain; it had started at No. 2 Court, which does not have a retractable cover.

It was the only fourth-round match that wasn’t completed Monday, which means Hurkacz is the only man who won’t get a full day’s rest before the quarterfinals. 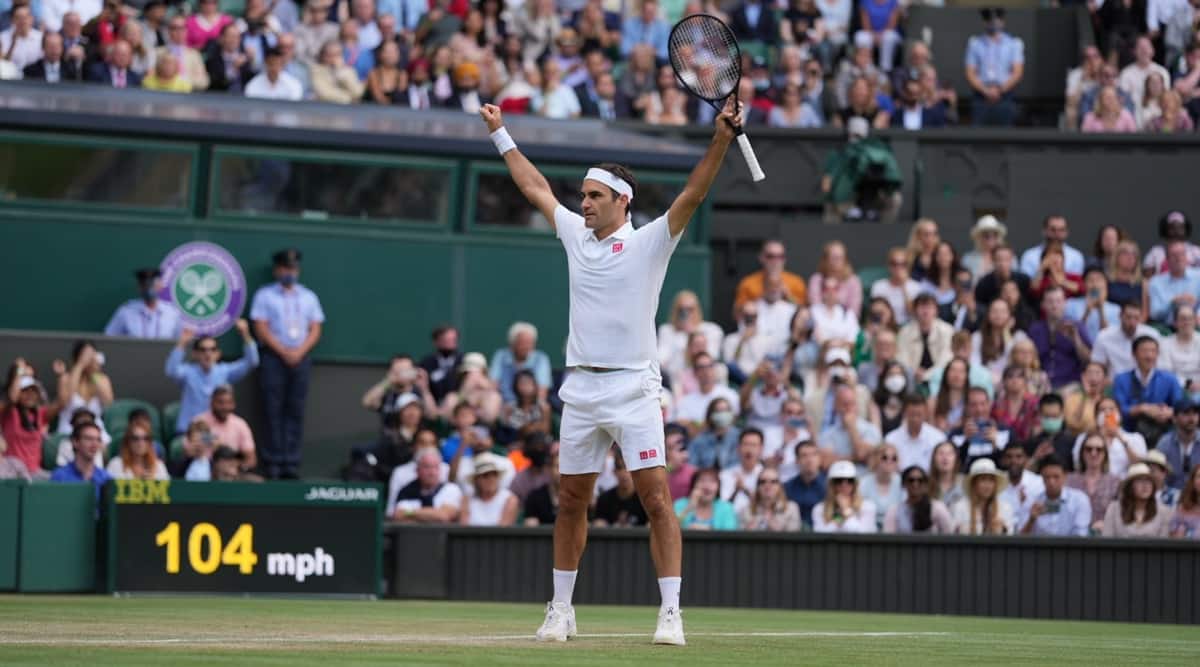 What he did get, though, was a chance to play on Centre Court for the first time. That may be even more important when it comes to preparing for the 39-year-old Federer — who has been a regular on that particular court for the last two decades.

“I think actually playing today might have helped me because I got used to the indoor conditions, the conditions on the big court, how the ball bounces there, all the crowd,” Hurkacz said.

That crowd, which was at full capacity for the first time this year after COVID-19 restrictions were eased, certainly appreciated his old-school style of attacking the net often against the big-hitting Medvedev. Hurkacz won 50 points at the net, including 10 when playing serve-and-volley.

That may not be enough to win over the crowd against Federer, the perennial fan favorite.

“I’ll be hoping to get a little bit of support,” Hurkacz said with a laugh.

Hurkacz has played Federer once before, losing in straight sets in the Indian Wells quarterfinals in 2019.

In the other quarterfinals, No. 10 Denis Shapovalov plays No. 25 Karen Khachanov and No. 7 Matteo Berrettini takes on No. 16 Felix Auger-Aliassime. Those matches will be played on No. 1 Court, which also has a retractable roof. That could come in handy: More rain is in the forecast.

And that she’ll be coming back stronger.

The 18-year-old Raducanu went from ranked 338th and relatively unknown to Wimbledon’s latest crowd favorite after an unexpected run to the fourth round. But she had to stop when trailing Ajla Tomljanovic 6-4, 3-0 on Monday in a match placed on No. 1 Court in prime time.

“I think the whole experience caught up with me,” Raducanu said in a statement she posted on social media. “Last night will go a long way to helping me learn what it takes to perform at the top.”

In an interview with the BBC on Tuesday, Raducanu said she was given medical advice to stop playing.

“I found it very difficult to regulate my breath. I think it was emphasized by some very long rallies we had towards the end of the first set which made it tough for me to keep my composure and the breathing in check,” she said. “I don’t know what caused it. I think that it was a combination of everything that has gone on behind the scenes in the last week. And accumulation of the excitement, the buzz.”

Raducanu was playing in just her second tour-level event. She said the biggest crowd she had played in front of before Wimbledon was “maybe 100 people or something.”

Her retirement caused quite a stir in Britain, with many questioning whether organizers had done the inexperienced teenager a disservice by placing her on such a prominent stage.

But Raducanu was already looking forward to playing in front of a packed Wimbledon crowd again.

“I’ve had the best time of my life,” she said. “This whole week has just been absolutely incredible. I’ve never felt support like it.”

A GAME AT LOVE

Ajla Tomljanovic is going to have to navigate a bit of a family conflict when it comes to the men’s quarterfinals.

Her boyfriend is Matteo Berrettini, the No. 7 seed from Italy. Her cousin is dating Felix Auger-Aliassime, the No. 16 seed from Canada.

Guess who play each other at the All England Club on Wednesday? Yep, it’ll be Berrettini vs. Auger-Aliassime with a berth in the semifinals at stake.

Neither has been to the Wimbledon quarterfinals before.

“I’m happy one of them will be through on Wednesday,” said Tomljanovic, who lost to No. 1 Ash Barty in an all-Australian women’s quarterfinal.

“Of course, I’d rather see them in the final,” she added, “but I think it’s unbelievable that one of them will be in the semis.”

Berrettini was in Tomljanonvic’s box to cheer her on during her quarterfinal Tuesday. She said she will be returning the favor. 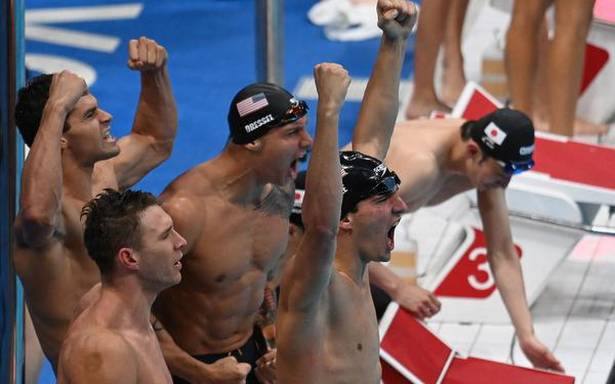