Images from Day 3 of the 2022 Wimbledon Championships at the All England Lawn Tennis and Croquet Club in London, on Wednesday.

Pristine Djokovic storms into third round 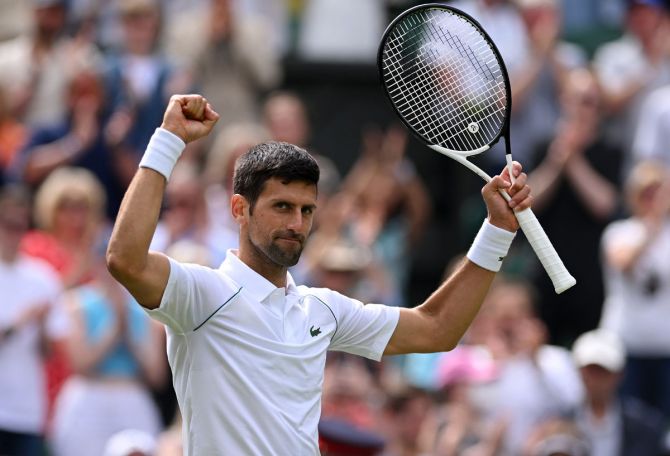 Top seed Novak Djokovic once again looked every bit the dominant player who has won the last three Wimbledon titles as he swept aside Australian Thanasi Kokkinakis 6-1 6-4 6-2 on Wednesday to power into the third round of the Championships.

On Monday the 35-year-old, bidding for his fourth Wimbledon title in a row and his seventh overall, had looked scratchy during his opening win against Kwon Soon-woo but he was back close to lofty standards against the 79th-ranked Kokkinakis.

The Australian famously defeated Roger Federer in the second round of the Miami masters at 2018 but there were no signs of another upset during the contest on Centre Court as the 20-time major champion dictated terms from the start.

The Serb, who defeated Kokkinakis in straight sets during their only previous meeting seven years back at Roland Garros, broke his opponent’s delivery early in each of the three sets for a total of five break of serves during the contest.

Djokovic faced a lone break point on his own serve and closed out the victory in two hours on his second match point to set up a third-round meeting against either Chile’s Alejandro Tabilo or Serb compatriot Miomir Kecmanovic. 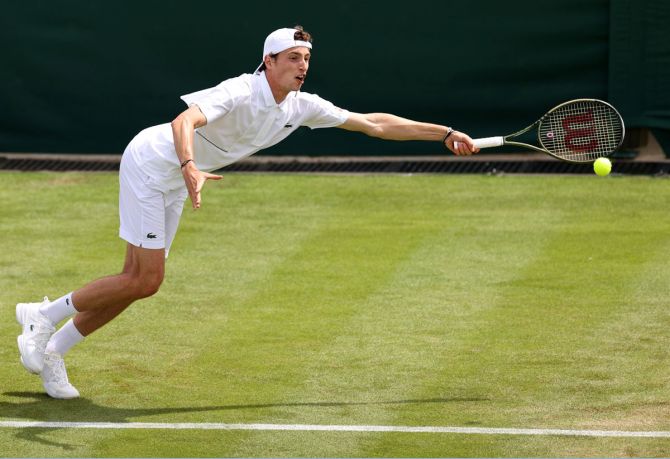 Norway’s number three seed Casper Ruud was unable to reproduce his French Open heroics at Wimbledon as he was bundled out 3-6, 6-2, 7-5, 6-4 in the second round by world number 112 Ugo Humbert on Wednesday.

Frenchman Humbert turned up for the match without any rackets and struggled in the first set but his high-risk approach started to pay off as the ratio of winners to unforced errors moved in his favour and he impressively took the next two.

Ruud, who lost to Rafa Nadal in the French Open final three weeks ago, fought back in a high quality fourth set but Humbert, who reached the last 16 at Wimbledon in 2019, produced an excellent game to break for 5-4 before serving out to love. 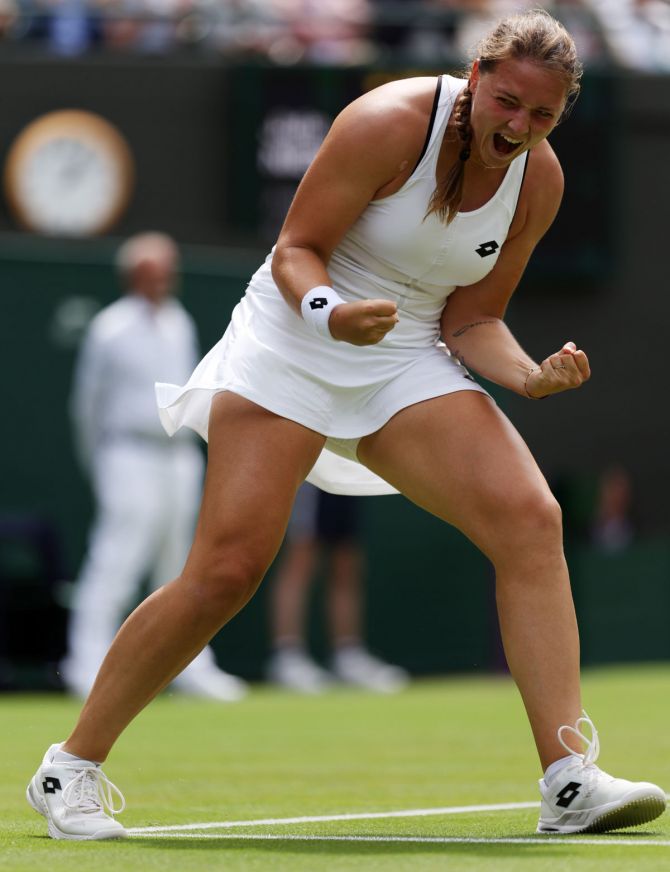 Second-seeded Estonian Anett Kontaveit tumbled out of Wimbledon in the second round on Wednesday, thumped 6-4 6-0 by big-serving German Jule Niemeier, who is making a mark on her first appearance at the Championships.

The 26-year-old Kontaveit could not counter the German’s huge ground strokes and looked progressively more downhearted as she failed to find her range on a sunny No.1 court.

Niemeier, 22, and ranked 97 in the world after injury problems disrupted her early progress, jumped and punched the air after Kontaveit put yet another shot into the net on match point.

The Estonian, who has not enjoyed the same success this season as she did at the end of 2021, produced 24 unforced errors in a match lasting under an hour.