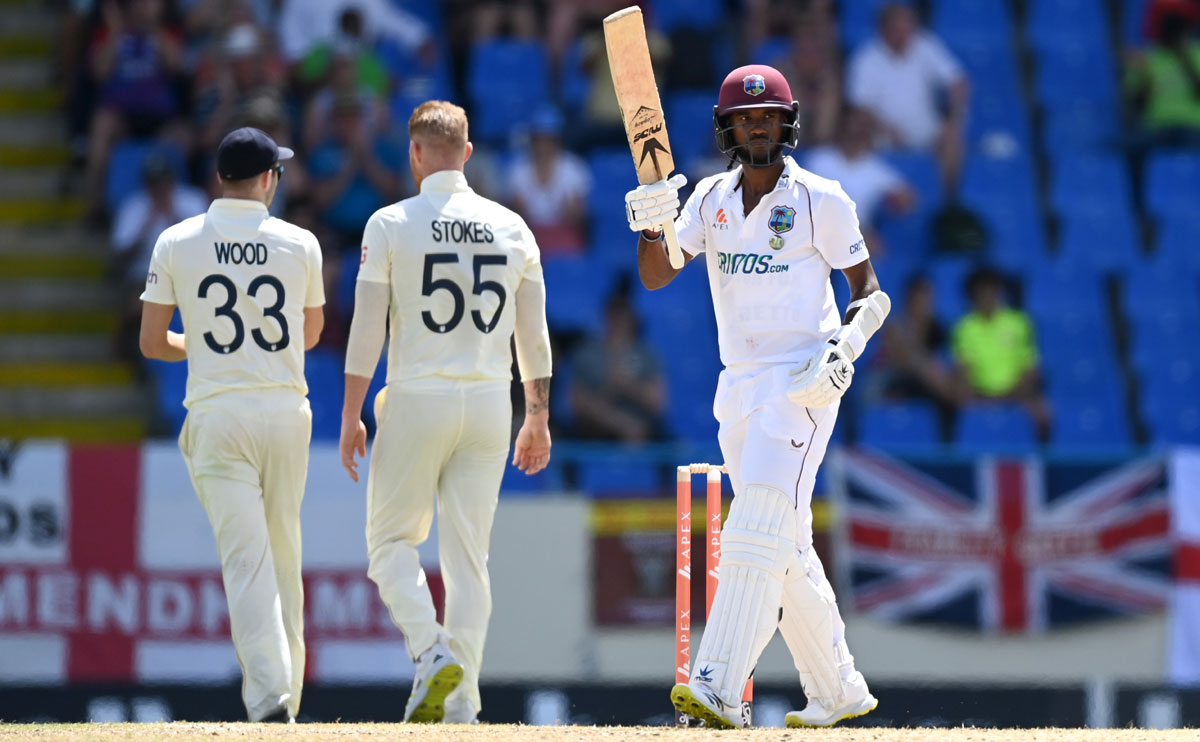 Jason Holder and Nkrumah Bonner shared an unbeaten 75-run partnership as West Indies recovered from a mini collapse and advanced to 202 for four on the second day of the first Test against England on Wednesday.

West Indies were 109 runs behind at Viv Richards Stadium in North Sound, Holder on 43 and Bonner 34, the match as delicately poised at the end of the day as it had been at the start.

After openers Kraigg Brathwaite and John Campbell scored freely in an 83-run stand, West Indies lost three quick wickets as the visitors fought back to the delight of the travelling Barmy Army.

But Bonner and the experienced Holder hunkered down to see off an excellent spell by Mark Wood and Ben Stokes, the run rate slowing to a crawl as survival became the most immediate concern. 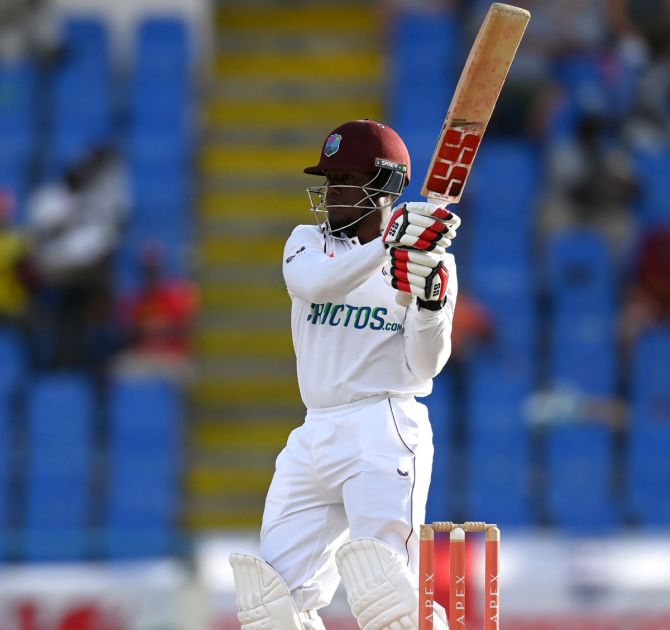 Spinner Jack Leach then anchored down one end, bowling 47 successive dot balls at one stage, but England could not break through before the close.

Earlier, Jonny Bairstow (140) made his highest score since 2016, but England lost their final four wickets for 43 runs as the tail failed to cope with the second new ball on another breezy morning in the Caribbean.

Still, the 311 total was reasonable for England given they had slumped to 48-4 on the opening day, and it was better than anything they mustered during the recent Ashes series debacle in Australia.

Jayden Seales finished with 4-79, though Holder (2-24) was the pick of the bowlers, conceding at barely one run an over. 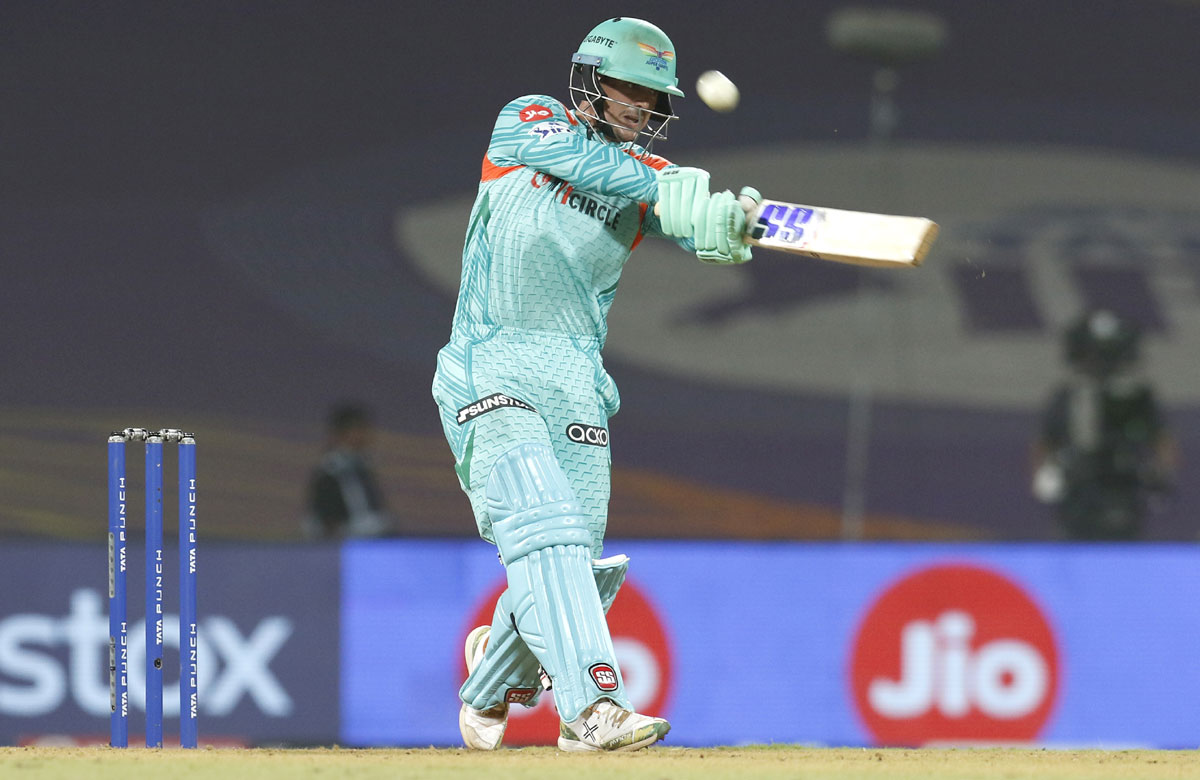