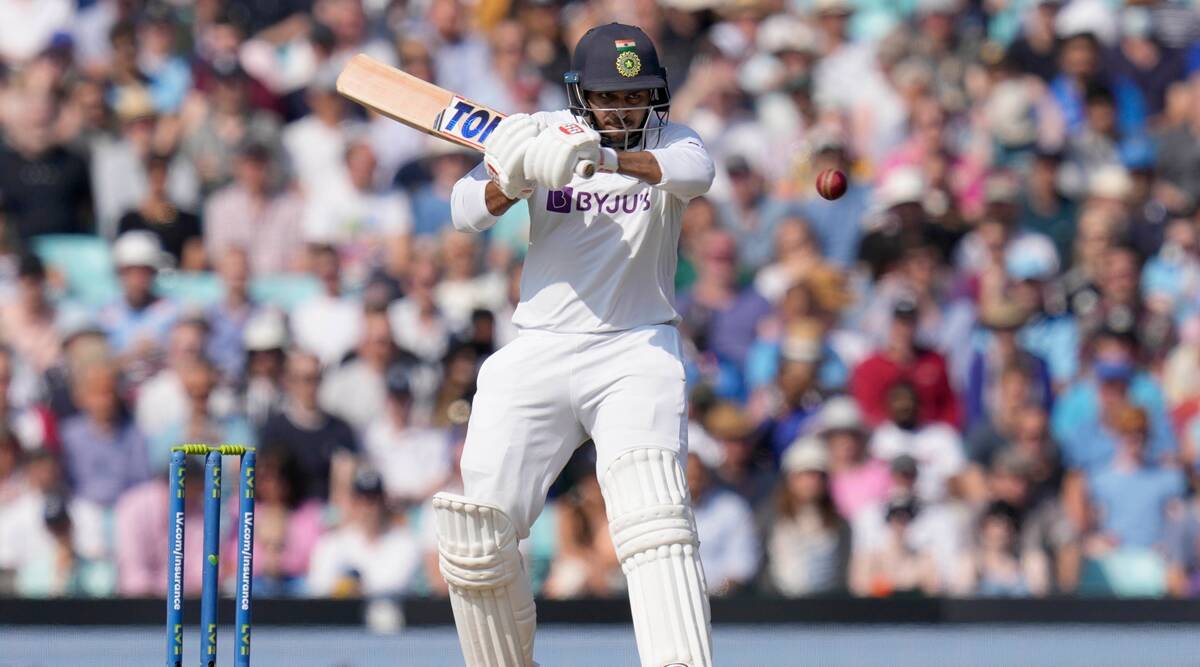 Shardul Thakur's knock on Sunday, as the case with the one on Thursday, was significant, if not match-turning in the ongoing fourth Test against England. The glanced pull off James Anderson or the on-the-rise back-foot punch off Chris Woakes? The against-the-turn cover drive off Moeen Ali or the ballistic straight drive off Craig Overton? Shardul Thakur spoiled the audience with such a bewildering embarrassment of stroke-making riches that it is difficult to pick one stroke over another, spontaneously making him a crowd favourite as well as setting the meme-troll world afire. With shot after shot, breathing freedom and magnificence in equal measure, he has taken giant strides towards being considered a quality cricketer.

His knock on Sunday, as the case with the one on Thursday, was significant, if not match-turning. He came at the fall of Virat Kohli, with India’s lead looking far from daunting and the steering of the game firmly in England’s grasp. But calmly and assuredly, Thakur built an alliance with Rishabh Pant, initially in a sombre tone before turning on the decibels. Remove his two half-centuries, and India’s scorecard looks decisively fragile. If the first one was remarkable for its impact, and the daring he exhibited, the second should be admired for the dazzle of his stroke-play as well as the virtues of his batsmanship.

By this time, the world would have got a fair measure of Thakur’s batting aptitude. In half a dozen Test innings, he has three half-centuries, two in England and one in Australia. None of these were chancy, wishful bat-swatting typical of lower-order batsmen when thrown the licence to break free. If someone were to accidentally stumble on the footage, without knowing which position he had come to bat at, they might assume that he was a middle-order batsman. Thakur has the bearings and attributes of one, even if he is treading the early days of his international career.

It’s his stillness when he meets the ball that first telegraphs his quality. Lower-order batsmen — it’s time he’s stopped being categorised as one — tend to be jumpy, a bit all over the place, tend to reach for the ball with their stretched hands and static feet. Thakur waits for the ball and doesn’t have too many complicated movements. A half-shuffle across as the ball is delivered to get into position is all that he makes. It helps him remain balanced at the crease and eases the transfer of weight to either foot.

With such balance, it should not surprise that he is proficient on both feet. When driving, he strides forward fluently, as when he drove with both power and élan throughout both his half-centuries. When punching and pulling off the backfoot, he switches position seamlessly and rapidly. Anderson had erred on the shorter side just marginally when he got back and just lifted him over backward square-leg. Almost Rohit Sharma-like. The back-foot punches resembled those of Ajinkya Rahane, in the way he waits for the last possible moment to play the shot before opening the bat face with a twirl of his bottom hand.

As remarkable is his bat-swing, which comes straight and sweet without any half-measures. No half-defensive prods, no half-vertical or half-horizontal bats, reflecting the mental clarity he exudes. Perhaps, only Rohit has batted with such clarity of mind in the series. Thus, though he looks like an archetypal biffer, there is much sophistry in Thakur’s batting, which is often lost in perception. Judge him not as a No. 8, but as a batsman, and the craft begins to manifest.

None of these should shock or surprise. For, he comes with the reputation as a canny, if a bit over-indulgent, batsman. The first-class average of 16 barely conveys his potential with the bat. Recently, he blitzed 92 off only 57 balls in a Syed Mushtaq Ali Trophy game. In the Harris Shield, he once struck six sixes in an over. Some of his Mumbai teammates swear by his batting skills. His former skipper Wasim Jaffer, to whom he is Lord Thakur, had once remarked to teammate Siddhesh Lad that “if Thakur takes his batting seriously, he can be a good batsman.” After his half-century in Brisbane, Lad had told this paper that, “people will be surprised to see his batting but those of us who know him aren’t. The best part of Shardul is his confidence. No one can match that.”

The confidence, bordering on nonchalance, is a characteristic of the Mumbai school of cricket. Thakur personifies other virtues of Indian cricket’s most fabled nursery, like daring and grit, and the go-gettism. These days it manifests more in his batting, and Thakur knows how important it is to contribute with the bat to stake his claim in the side. “Whenever I get to bat, I have to create such an impact that it opens the door for my team’s victory,” he had said after Day One.

Deep as India’s bowling resources are, his value addition with the bat could make his appearances more regular across formats. With the injury-battered Hardik Pandya and Bhuvneshwar Kumar limiting themselves to limited-overs formats, Thakur could be that elusive medium-pace bowling all-rounder India has been searching for. It might be too early to nail him down permanently in the eleven — and his bowling too has to be factored into any discussions on this topic — but the evidence his twin half-centuries at The Oval provide is as irresistible as it is refreshing.