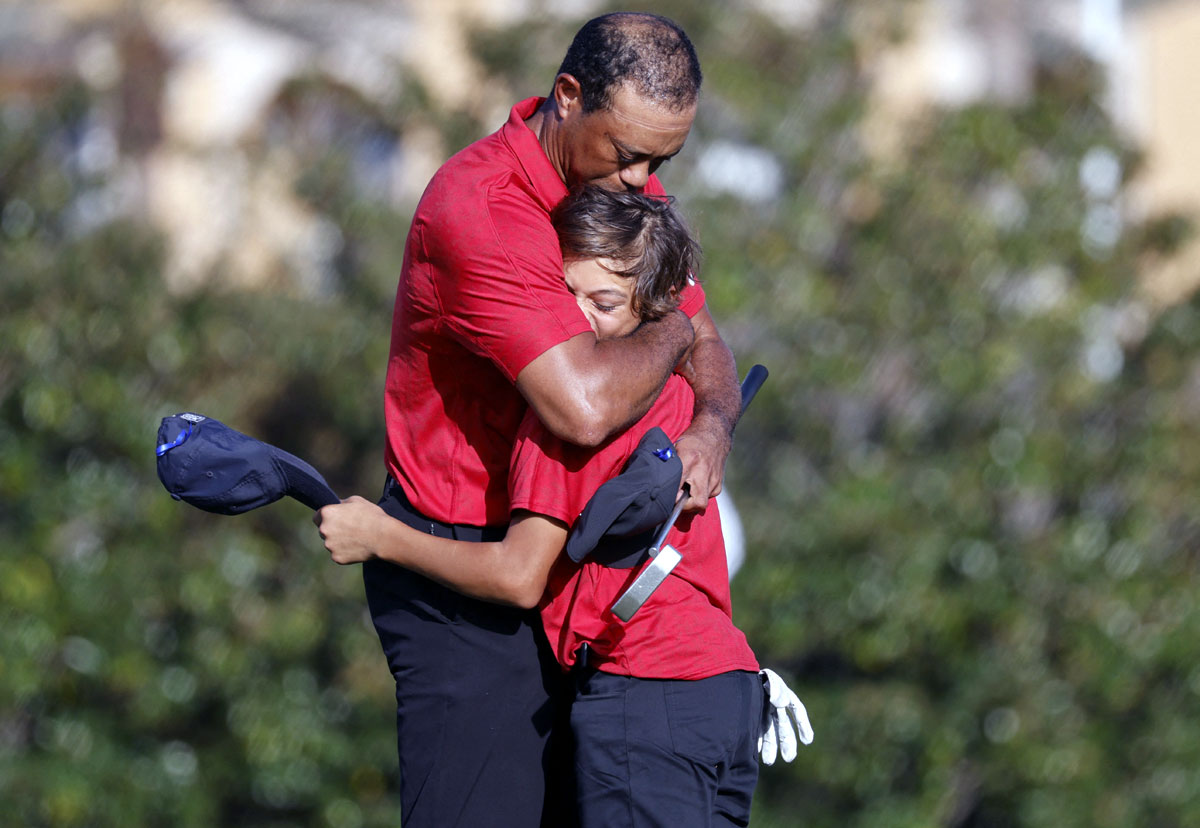 Tiger Woods and his 12-year-old son Charlie reeled off 11 straight birdies to card a final round 57 and finish in second place at the PNC Championship on Sunday, two shots behind winners John Daly and his son John Daly Jr.

Tiger more than delivered in his highly-anticipated return to competitive golf after a February car accident nearly cost him his leg, and was all smiles but fatigued after going bogey-free over the two-day, non-PGA Tour level event.

“I’m happy and thankful that I’m able to do this. What a blast it was,” said Woods, who used a cart to get around the Ritz-Carlton Golf Club in Orlando.

“I still have my old leg, which was questionable for a while, and it’s functioning. I’m just really tired. I’m not used to this. I think this might be my fifth round of golf this year,” he said. 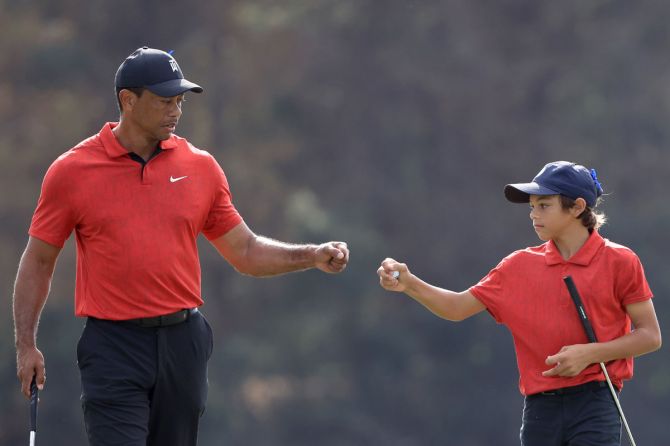 While Tiger was the main attraction, his son Charlie stole the show, displaying his father’s unflappable calmness while delivering accurate drives and timely putts on a sunny day in central Florida.

“We got on a run, which was great. Charlie was hitting the ball unbelievable and made a few putts. It got interesting and a little tight toward the end, which was fun,” he said.

“He’s an unbelievable player and partner.”

Team Woods, clad in Tiger’s trademark Sunday red shirts, started the day three shots off the pace but moved into a share of the lead after a birdie-birdie-eagle start at 14-under par.

After three consecutive pars, Tiger landed an approach shot close to the hole on the seventh for a tap-in and Charlie drained long putts on eight and nine to keep the momentum going. 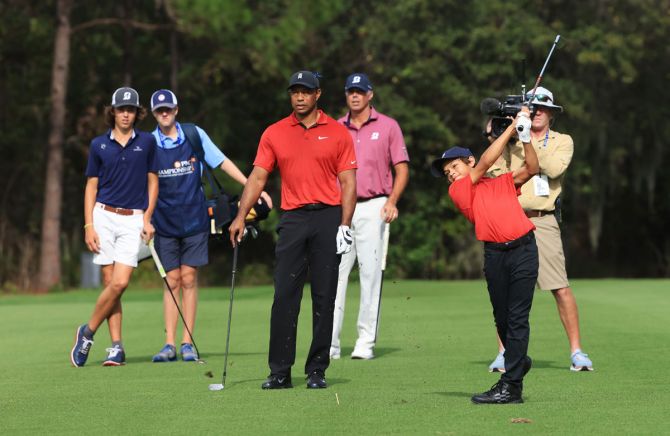 Tiger drove the ball too long on the par-three 12th but Charlie was there to pick him up as his drive landed on the green and rolled back towards the hole.

Tiger quickly returned the favour by sinking the birdie putt after Charlie missed his attempt.

The pair birdied every hole on the back nine with the exception of 18, where they were forced to settle for par.

Daly and his son matched Team Woods’s final round 57 and finished 27-under par, a tournament record.

The event featured 19 father-son pairs and the father-daughter team of Nelly Korda and her dad Petr.

Justin Thomas and his father Mike, the tournament’s defending champions, finished tied for third alongside Stewart and Reagan Cink.