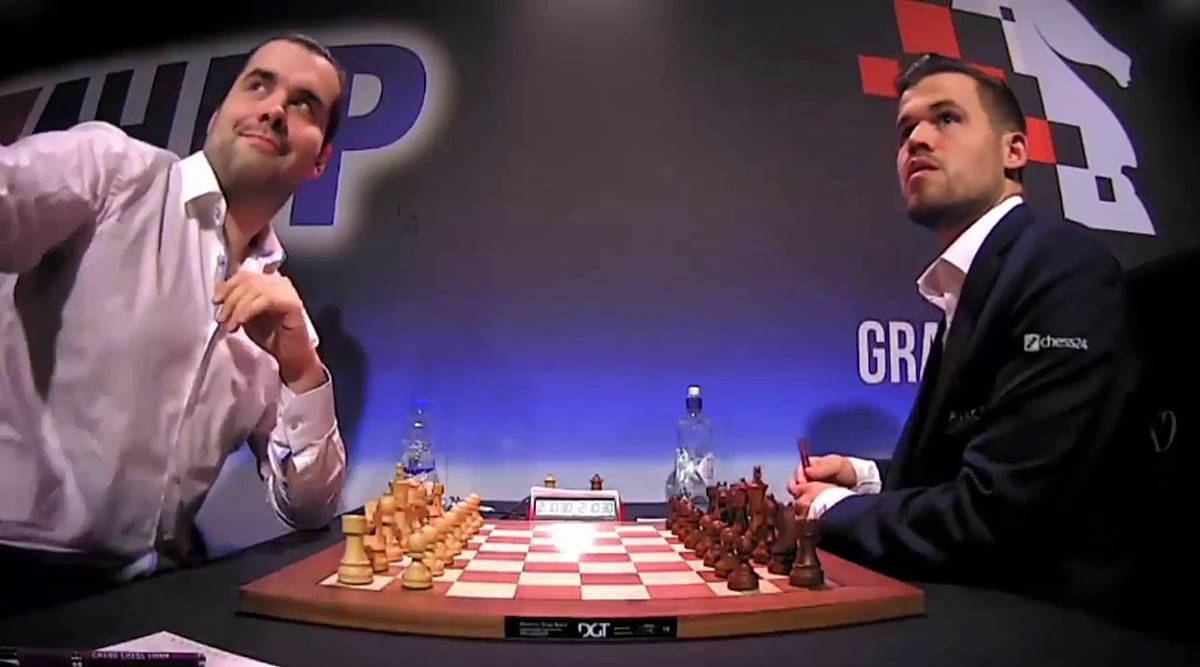 Take a match deep into the endgame and Carlsen sits pretty; trade draws, stay level and go deep into Championship, and Nepomniachtchi can pounce. 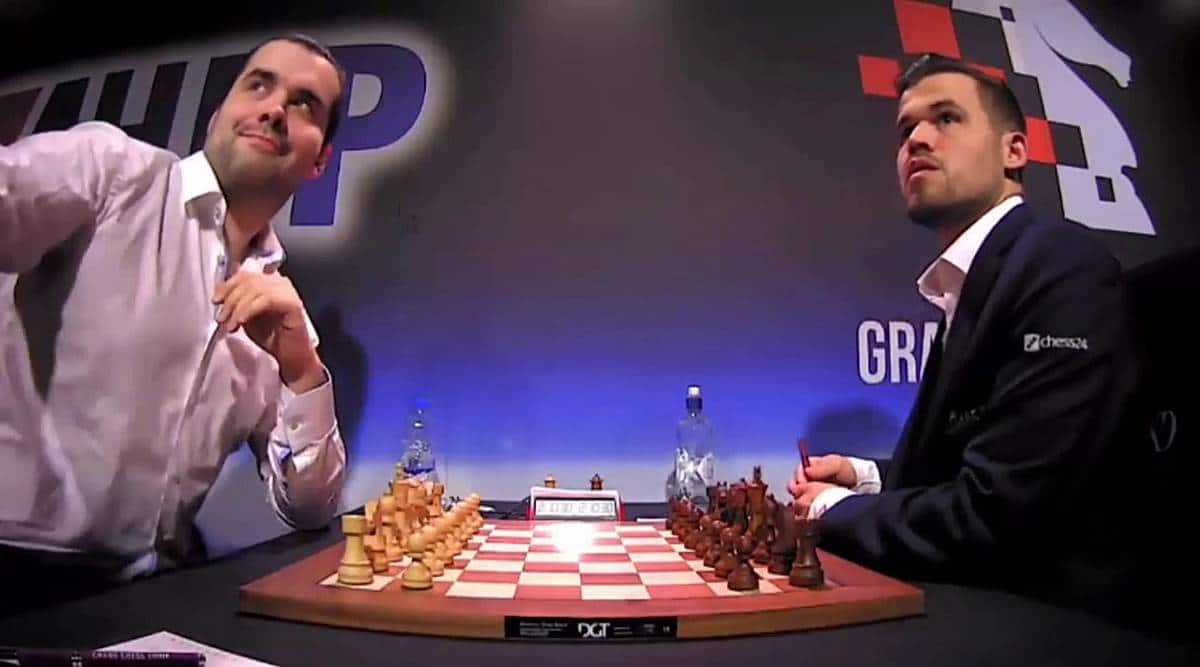 My first exposure to the World Chess Championship was when I started working with (Viswanathan) Anand before his match against (Vladimir) Kramnik in 2008. Before that I absolutely had no idea about what kind of preparation was needed. I remember when I first started working, our day started at around 11 O’ Clock in the morning and ended at 1 O’ Clock at night. I was completely taken aback to start with. But gradually I got used to the routine.

In chess, the higher you go up the ladder, the more you focus on the opening. Too many variations in openings are not ideal at a lower level, but at the highest level, it becomes imperative. Different teams carry different ambiences to a world championship. Anand was never bossy, he would never say stuff like ‘I need the work done in another three days’… Our work atmosphere was very light. Most of the time we even played music.

Every player has his own team and a certain work ethic. For Magnus (Carlsen), taking time off from chess and playing another sport is very important. Even during a tournament, he plays football or basketball outside chess. It’s sort of compulsory for his team. Anand, on the other hand, preferred to have light gym sessions.

I don’t have much idea about how (Ian) Nepomniachtchi (nicknamed Nepo by Americans) prepares for a tournament like the world championship. But from whatever I know, he is not a fitness freak like Magnus.

Even after the match starts, seconds become very important, for the role comes with a lot of responsibility. It’s about doing work and analysing a move for a player which can determine the outcome of a world championship. The rival camp is also doing the same thing, so you have to be aware of that also. And it’s not only about suggesting a move, because the psychological aspects also become very important.

From that perspective, seconds need to play the role of a motivator as well. Like, at times, our job was to remind Anand that ‘you are Anand’. Pressure can do all sorts of things to you. If you lose a game, you might lose confidence a bit. This kind of a relationship develops gradually. Like if I work with Anand today, I will not hesitate to tell him if I feel something needs to be corrected. That relationship you develop over 15 years of working together. But, if I work with Magnus or Nepo’s team now, I will be a tad hesitant.

The work you do in the lead-up, the preparation part, you basically work on different openings and fix the match strategy. You give the player different positions, you play training games with him. You work on the end-game. For us, the process started eight months prior to the world championship. We took the odd breaks, but it was very challenging. Later, we decided that it wasn’t a very healthy process, especially for long-term training. It was perfectly fine for the last one month (before the match) or a fortnight. So for the (Veselin) Topalov match, we used to wrap up around 10 pm.

Technical play is not Nepo’s strongest aspect and I am talking about the absolute elite level here. His main strength is his imagination, tactics and tricks. He is very slippery, attested by his win record from completely losing positions. He revels in taking risks. Magnus’ game, on the other hand, is more of technique. He is wonderfully solid. So this world championship will see a big clash of styles. At the end of the day, Magnus is still much stronger, a clear favourite. But there’s a feeling that if the match goes deep, draws pile up and the score stays level, Nepo’s chances will increase.

See, every player knows that irrespective of his preparation and how meticulous that might be, he could face a completely new position on the board real time. Permutations and combinations are so high that you can’t cover everything. A part of a player’s preparation focuses on knowing the type/pattern of a new position that might arise. Mind, Nepo is one player who has a plus score over Magnus. At U-10 or U-12 level, Nepo had beaten Magnus twice in the classical format. He doubled that at elite tournaments later. So there was a time when head-to-head between the two stood at 4-0 in favour of Nepo in the classical format. Only recently, did Magnus win his first match against Nepo. So at the moment, Nepo leads 4-1. But I don’t think this will give him a psychological upper hand in the summit clash. Magnus would cover this with his greater match experience and also, the better player always starts as a favourite.

I think what separates Magnus from the rest is that he never plays a rash game. His biggest strength is not his preparation. He looks to wear down his opponents, the more moves you play in a game, the better his chances become. To me, he is the greatest end-game player in the history of chess. His energy is also a factor here. This basically comes from his involvement in other sports like football. I have never seen Magnus finishing off a game very quickly, getting the better of his opponent in the opening. Players like (Garry) Kasparov, Anand and (Levon) Aronian put in a great deal of effort in their preparations for openings. But Magnus’ whole approach is like he doesn’t want to beat his opponent in the opening. Rather he prefers to take a position quickly to put his opponent under pressure. He prefers slow burn.

Against Nepo, I was completely tricked at the European Championship. Then, at the world team event, I had a position where I was staring at victory. But he countered that by playing superfast and employing more tricks. I had a one-piece advantage over him in that game and on computer evaluation I was +2; a completely winning position. Against that, his moves were not necessarily the best ones if you go by the book/computer, but his moves were the best in terms of psychology. He knew he was playing against a human and his whole approach was to create a complete mess on the board. It led to crazy complications; his every move giving his opponent different options. The game ended in a draw and I faced the same outcomes against him at the World Rapid and World Blitz also. It’s very difficult to win against him from a winning position. On the other hand, when he gets a better position on the board, he sweeps it.

If you ask me what’s the best way to counter Nepo; a lot of time he would play bluffs, his body language would betray the actual state of the game… It’s important not to take the bait and give him a counter.

As for Magnus, it’s nigh-on impossible to find any weakness. But if you can upset his rhythm, if you can create a position on the board by making moves that would defy logic – this is exactly Nepo’s strength – then you might have a chance.

Sport evolves and the beauty of greatness is that it stays ahead of its time. It was true for (Bobby) Fischer, Kasparov, Anand and every legend of the game. Magnus is a genius, well ahead of his time.

(Grandmaster Surya Sekhar Ganguly was one of Viswanathan Anand’s seconds and assisted him in winning the World Championship matches against Vladimir Kramnik and Veselin Topalov. He spoke to Shamik Chakrabarty.)

World Chess Championship: From when, what time, and the rules

From November 26 to December 14
December 15 is reserved for tie-break
Defending champion: Magnus Carlsen (Elo rating, 2855)
Challenger: Ian Nepomniachtchi (Elo rating, 2782)
Start time: Every game starts at 4.30 pm local time, 6 pm IST
Number of games: 14; when a player reaches 7.5 points, he wins.
Tie-break: If the points are level after 14 games, four tie-break games will be played in rapid format, with 25 minutes for each player. If it’s still level, two blitz games will be played.
Prize fund: Euros 2 million, 60% of that going to winner and 40% to the runner-up.