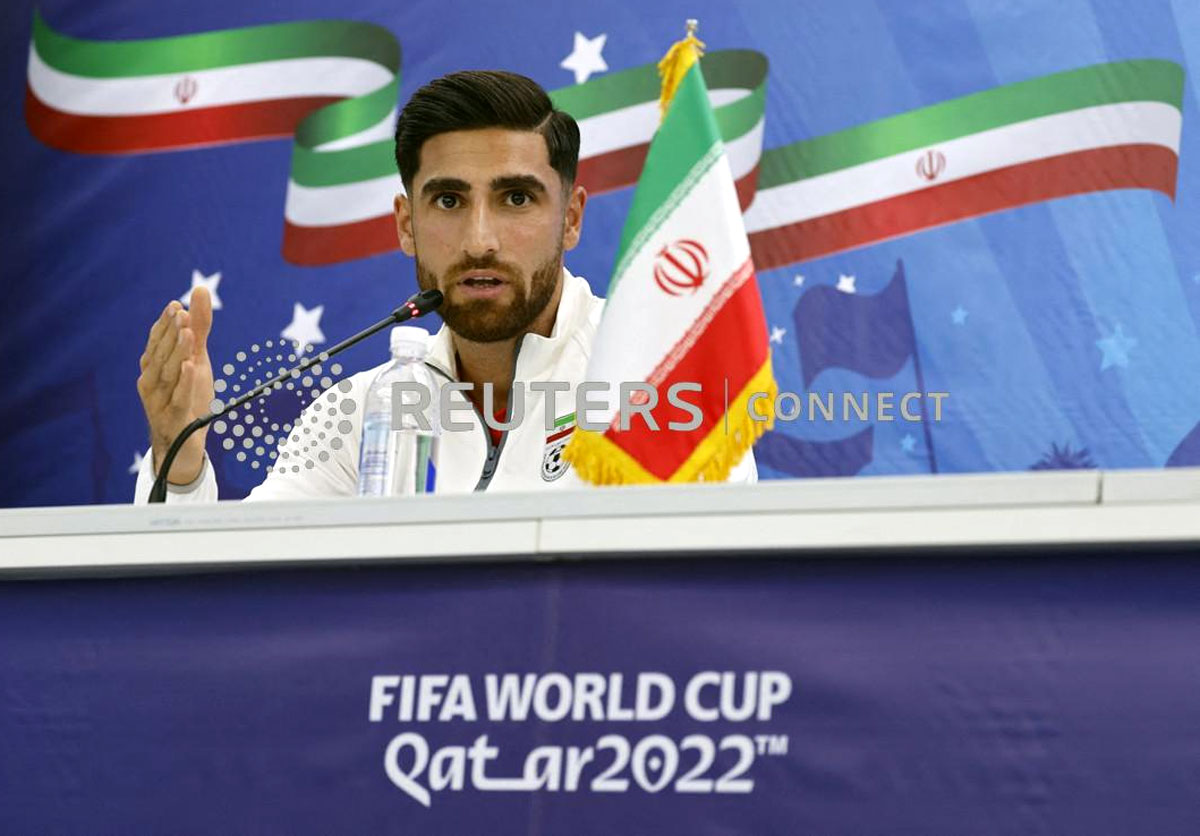 Iranian soccer player Alireza Jahanbakhsh said on Thursday that the focus of the team at the World Cup in Qatar will be on the competition, not political issues related to the nationwide protests in the country.

Asked at a news conference whether the players would chant Iran’s national anthem during the world’s biggest soccer event, winger Jahanbakhsh said “celebration and chanting the anthem is a personal decision and we are trying not to make a big deal out of it”.

Several Iranian athletes have recently refrained from singing the national anthem to convey support for the anti-government demonstrations triggered by the death of young woman Mahsa Amini in morality police custody in September.

Iran’s goalkeeper Alireza Beiranvand also sidestepped questions on the unrest that has been gripping Iran for two months.

“We are trying to bring happiness to the Iranian people,” he told a news conference in Doha.