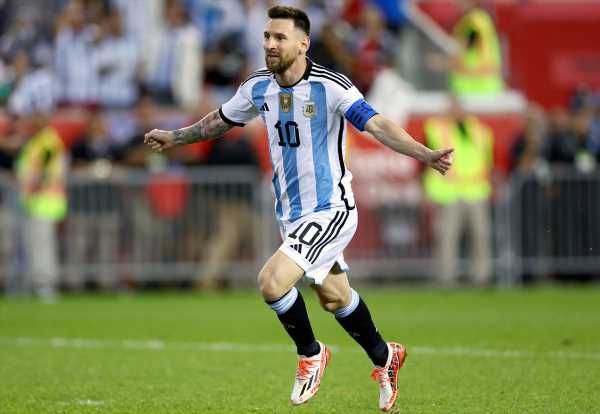 Lionel Messi has won nearly 40 trophies for club and country in an illustrious career but the Argentine forward’s glittering resume has one major omission — a World Cup winner’s medal.

The debate over the greatest of all time is one that will never be settled, but there is no doubt the diminutive playmaker is a true great of the modern era with seven Ballons d’Or to his name.

In the eyes of many Argentines, he ranks a close second to the late Diego Maradona who led the South American nation to World Cup glory in 1986. But that could change if he inspires one of the pre-tournament favourites to glory in Qatar.

Maradona did not achieve as much as Messi in his club career but that magical run to the title in Mexico conferred on him immortality and a place in the history of the football-mad nation.

Messi has often been described as Maradona reincarnated but the closest he came to the World Cup title was in the 2014 final as he shuffled past the gleaming trophy to accept the award for best player at the tournament, eyes downcast.

Argentina’s 1-0 loss to Germany in Brazil was among a run of gut-wrenching defeats in five consecutive major finals as they wondered when the agony would end.

Messi unwillingly wore a bulls-eye on his back every time Argentina failed and even announced his retirement in 2016 when the pressure got too much before he was convinced to return.

Last year, however, the burden was lifted off his shoulders when Argentina won the Copa America to end a 28-year trophy drought.

Messi, aged 34, had been their spark and was involved in nearly every goal Argentina scored in the tournament. He was the beating heart of the side who broke down in tears as he was engulfed by his team mates at the final whistle after they beat arch-rivals Brazil.

“I have peace of mind of having achieved the dream that has been denied to me so many times,” Messi said.

“It’s very difficult to win a World Cup or a Copa America. At the time they didn’t value what we did, they only put emphasis on the fact that we didn’t achieve the aim.”

With a team that has a rich mix of youth and experience, Messi’s spark has grown ever brighter and the 35-year-old captain has become a man on a mission, evidenced by his sudden spurt of goals for Argentina.

Lionel Scaloni’s team are on a 35-match unbeaten run and Messi has scored 14 goals for his country since that Copa America triumph — including all five in a win over Estonia — to take his international tally to 90 ahead of his last World Cup.

“There’s some anxiety and nerves at the same time. It is the last one (World Cup). I’ve been playing with the national team for a long time now,” said Messi, who made his Argentina debut in 2005 and has over 160 caps.

“There have been spectacular moments, like in 2014, 2015 and 2016 – but we didn’t win and were criticised for not being champions. We did everything right until the finals.”

In Qatar, Messi will look to lead his side one step further and justify his place in the pantheon of greats alongside his idol Maradona — as equals.