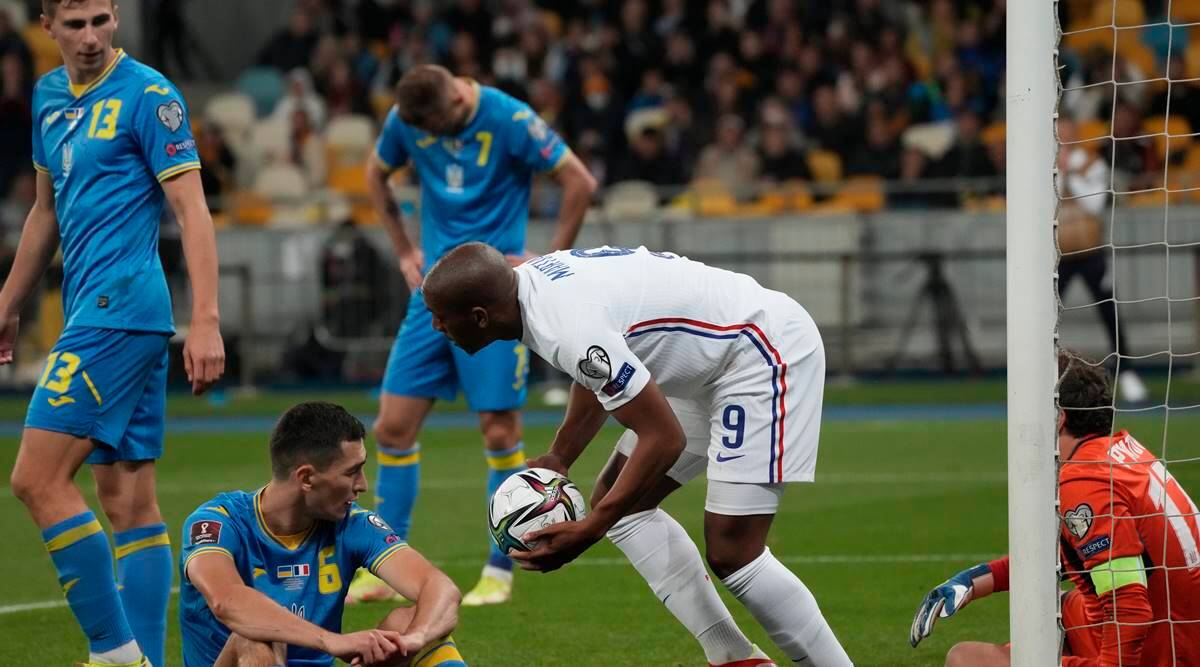 Only the group winners directly qualify for the World Cup. Second-place finishers face a playoff. Reigning champion France missed the injured Kylian Mbappé in a 1-1 draw at Ukraine in World Cup qualifying on Saturday but still stayed atop Europe Group D.

Mykola Shaparenko scored his first international goal for Ukraine just before halftime by smashing in a shot from 20 meters.

Anthony Martial leveled after the break following a setup from Kingsley Coman and Adrien Rabiot. It was Martial’s second international goal and it came five years and three days after the Manchester United forward’s previous strike in a friendly against Italy.

Mbappé left France’s squad with a calf problem after playing most of a 1-1 draw with Bosnia and Herzegovina on Wednesday.

France has nine points from five matches and Finland is next with five points from three matches after a header from Joel Pohjanpalo earned a 1-0 win over Kazakhstan.

Ukraine also has five points from five matches, while Bosnia and Kazakhstan have two points each.

Only the group winners directly qualify for the World Cup. Second-place finishers face a playoff.

Here’s a look at the action in other groups:

Aleksandar Mitrovic scored twice as Serbia beat Luxembourg 4-1 to move level with Portugal atop the group with 10 points. Mitrovic has scored 43 goals for Serbia in 65 appearances.

Ireland and Azerbaijan earned their first points with a 1-1 draw in which Shane Duffy headed in a late equalizer for Ireland.

European Championship semifinalist Denmark extended its perfect start to qualifying with a 1-0 win at the Faroe Islands following a goal from Jonas Wind.

Denmark has 15 points, Israel 10, Scotland eight and Austria seven, while the Faroe Islands and Moldova trail with one point each.

Memphis Depay scored a brace and the Netherlands outclassed Montenegro 4-0 to stay second in the group behind Turkey, which beat Gibraltar 3-0.

It was the first home game for Louis van Gaal in his third spell as the Netherlands’ coach.

Erling Haaland converted an early penalty in Norway’s 2-0 win at Latvia to raise his total to nine goals in 14 games for his national team — exactly a year after his first goal for Norway.

Turkey has 11 points, the Netherlands and Norway 10 each, Montenegro seven, Latvia four, and Gibraltar zero.

Marcelo Brozovic scored late for Croatia to beat Slovakia 1-0 and remain level on points with Russia atop the group.

Russia is ahead on goal difference after beating Cyprus 2-0 with goals from Aleksandr Yerokhin and Rifat Zhemaletdinov.

Russia and Croatia each have 10 points, Slovenia has seven, and Slovakia six. Malta and Cyprus have four each.