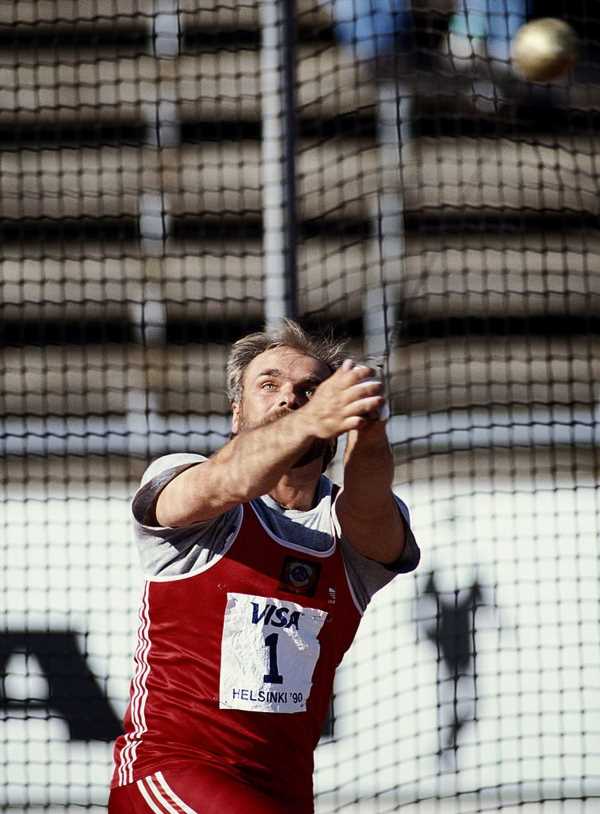 Yuriy Sedykh, a two-time Olympic champion in the hammer throw whose world record from 1986 still stands, has died. He was 66. The Russian track and field federation said Sedykh died early Tuesday following a heart attack.

“For me, Yuriy was a friend, a wise mentor,” he added.

Sedykh threw a world record 86.74 meters at the European Championships in Stuttgart, Germany, a mark which still stands. At this year’s Tokyo Olympics, all 12 finalists in the men’s hammer were born after Sedykh set the record.

Sedykh made his huge throw at a time when track and field was starting to realize the scale of performance-enhancing drug use.

Former Moscow anti-doping laboratory director Grigory Rodchenkov wrote in a book last year that Sedykh was “a huge steroid abuser” who benefited from a Soviet cover-up. Rodchenkov said one of Sedykh’s samples contained such large traces of the steroid stanozolol that it contaminated laboratory equipment.

Sedykh denied doping. In a 2015 interview with Russian newspaper Sport Express, Sedykh said athletes’ big throws in the 1980s were because of better coaching and the Soviet Union’s intensive talent scouting program.

After retiring, Sedykh worked in France as a physical education teacher. He was married to another Soviet world record holder, shot putter Natalya Lisovskaya. Their daughter Alexia won hammer gold for France at the 2010 Youth Olympics.