The forced self-isolation can get a little boring, and we all need something that can distract us from the stress of the pandemic. And what better distraction than a horror series that can be binge-watched. The 21-day lockdown in India has made sure that no one steps out amid the coronavirus threat. The forced self-isolation can get a little boring, and we all need something that can distract us from the stress of the pandemic. And what better distraction than a horror series that can be binge-watched.

Here are 10 horror shows that you can binge-watch during isolation:

1. The Haunting of the Hill House

This Netflix show is a 10-episode series and is based on a 1959 book of the same name by Shirley Jackson. The show follows the Crain family – husband, wife, and five kids – as they move into a new mansion. The Haunting of the Hill House is more of a psychological horror series instead of the ghosts-with-funny-make-up. Even though we don’t see many ghosts or spirits here, the storyline creates a deep impact on the viewer that forces them to stay with these characters much after the 10 episodes are over. Created by Ryan Murphy and Brad Falchuk, American Horror Story is an anthology series that has been running successfully for nine seasons. Each season of AHS has a different story but the best seasons so far have been – Murder House, Asylum, Roanoke and Cult. Since this is an anthology, it does not require a long term commitment to binge-watch. AHS brought back the horror genre on television and has continued to engage its fans. Jessica Lange, Sarah Paulson, Lily Rabe, Evan Peters, Emma Roberts are some of the recurring cast members here. Starring David Duchovny and Gillian Anderson, The X-Files is one of the most iconic horror series of all time. While Fox Mulder (Duchovny) is a believer of supernatural forces and extraterrestrial life, Dana Scully (Anderson) is a sceptic. As the two FBI agents solve one case after another, they find themselves in the middle of a world where everything isn’t as rational as they would have liked it to be. Created by Rod Serling, The Twilight Zone has had a lasting impact on the horror genre ever since the show first started in 1959. Each episode of the series delved into sub-genres like thriller, horror and fantasy among others. There are elements of The Twilight Zone which have inspired filmmakers like Jordan Peele to take the horror genre to the next level. The series was recently revived by Peele. The post-apocalyptic zombie drama first began in 2010 and continues to be one of the most popular horror series on television. The series has so far had ten seasons and has already been renewed for an eleventh season. Twin Peaks lasted for only two seasons during its original run but is still remembered as one of the best horror mysteries to have come out on television. Starring Kyle MacLachlan, the show first premiered in 1990. Twin Peaks is set in the town of Twin Peaks where a dead body is discovered under strange circumstances. FBI agent Dale Cooper is assigned the case but what he discovers during the investigation leaves the audience shell-shocked. A third season was ordered by Showtime in 2017. 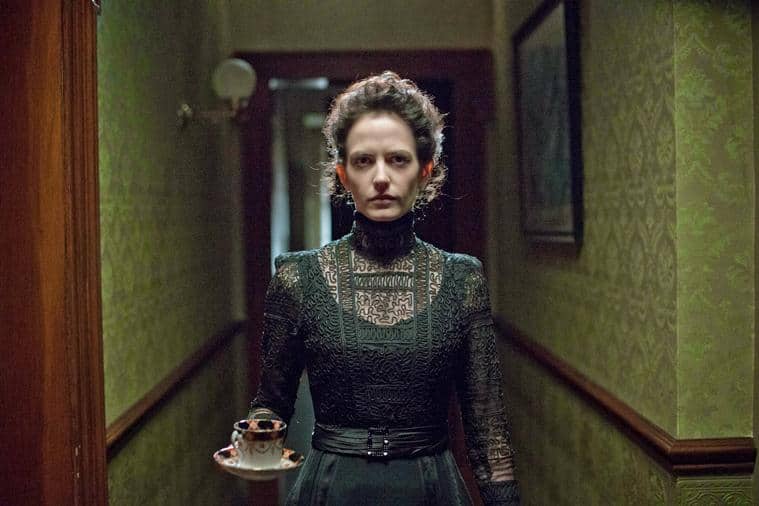 Penny Dreadful lasted for three seasons and was loved by fans of the horror genre. This is a Victorian horror show where literary characters like Dorian Gray, Victor Frankenstein and others are reimagined as horror characters with new storylines. These literary characters meet other fictional characters and what we get is a horror fest that will leave you wanting more. True Blood is set in a world where humans and vampires co-exist. The vampires live on Tru Blood and while they are fighting for equal rights, humans aren’t sold on the idea of living with vampires. The central character here is Sookie who falls in love with a 173-year-old vampire and has to manage both her worlds. The HBO show lasted for seven seasons and ended in 2014. This horror-comedy brings back Bruce Campbell in the role of Ash Williams. He had earlier played this role in the Evil Dead trilogy. The Sam Raimi show has Ash fighting against evil spirits in a gory fashion. For fans of the Evil Dead movies, this show was a gift, but it was also loved by those who enjoy watching bloodshed with a lot of physical violence on screen.

10. Tales from the Crypt The horror anthology series by HBO first premiered in 1989. The Cryptkeeper features in every episode and is, sort of, the narrator of the show. This was the first show where HBO relaxed its rules regarding content which allowed sexual activity, profanity and graphic violence to be shown on television. Gauri Khan says Shah Rukh Khan cooked for family during lockdown: ‘We were scared to even order any food from outside’ Aditya Chopra remembers Yash Chopra: A creative man backing nothing but himself and art gave birth to YRF