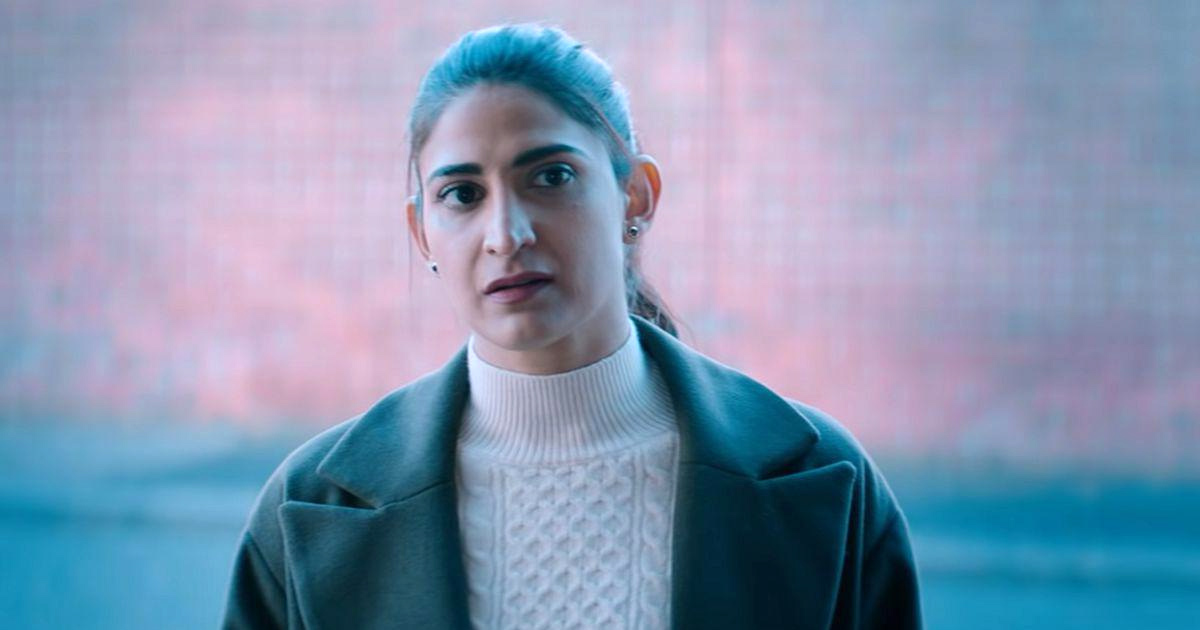 Some movies of 2021 excelled in content but yet, they did not do well.

They certainly deserve a watch and Subhash K Jha lists them here:

Though the influence of Vikas Behl’s Queen is discernible in this short-and-sweet film, Bawri Chhori will make you smile.

It comes from the right place.

Radhika (Aahana Kumra) takes off from her small town in Punjab to London to wreak revenge on her husband who had deserted her.

No money, no contacts, just a passport and loads of vengeful confidence to get even with the man who had wronged her, Aahana plays the part with a controlled zest.

She anchors the show and has solid support from an austere, unpretentious screenplay, which is written like an adventure story with Radhika running into various desis in London who give her a warm bed, warm food and well… warmth.

If only the real world was so friendly! But what it most resembles is Ognjen Glavonic’s haunting Bosnian drama The Load where the great Leon Lucev played a truck driver carrying cargo through dangerous territory.

Not only does Meel Patthar follow a similar trajectory but it even has the trucker bonding with a young man, who is eager to learn.

In fact, the leading man in The Load — Leon Lucev — and the principal actor in Meel Patthar — Suvinder Vicky — bear a striking resemblance to one another. And both are brilliant.

The protagonist Ghalib’s bleak, brackish, brutal existence echoes the Bosnian film all the way to its rather unexpected and unconvincing ending.

But before that, Meel Patthar contains many rewarding interludes, which show the hand of a master creator who doesn’t fear silences and has the guts to face his hero’s feelings and failings.

When we first meet Ghalib, he seems broken but not damaged irreparably.

We are given to understand that he has recently lost his wife who stopped loving Ghalib after some kind of a betrayal, which is too raw to talk about. After getting over the irony of the hero with a feminine name Pinky and the heroine with a masculine name Sandeep/Sandy, the narrative rapidly stops getting impressed by its own uniqueness and stops laughing at its own jokes to deliver a rousing finale where Arjun Kapoor, in what must be considered a bold attempt to play against gender stereotyping, gets into an elaborate Kathakali-styled costume and makeup to facilitate his fugitive partner’s getaway.

Of course, Pinky and Sandeep are warring constantly.

How could they not be, when she is a pregnant, corporate banker on the run after her boss/lover turns against her?

In a classic twist, Pinky, who is supposed to assassinate Sandy, becomes her saviour.

The film is shot at a scenic little town called Pithoragarh on the India-Nepal border, where Sandy and Pinky take refuge in a kindly couple Raghuvir Yadav and Neena Gupta’s place.

Neither of the actors seems inclined to flesh out their sketchy roles.

This is the most treacly aspect of the otherwise, surprisingly, unsentimental drama.

Parineeti Chopra delivers a finely-tuned portrait of a woman on the verge of a nervous breakdown.

Pregnant, penniless, desperate and defeated, she is unlike any female hero we’ve seen in recent times.

The same goes for Arjun, who portrays the unselfconscious, metrosexual man with quiet conviction. He is especially effective in the closing scenes where his feelings for Sandy bubble to the surface.

Also, watch out for Sukant Goel as a docile bank manager. He is a revelation.

Kapoor and Chopra are never shown to be cuddling closer to one another.

In one sequence, Kapoor is shown cleaning Chopra’s blood after a violent miscarriage. It’s a brilliant moment of gender introspection done with a quiet sense of regret and loss.

Sadly, such moments show up in the erratic film and then suddenly vanish.

Sandeep Aur Pinky Faraar is nonetheless worth a watch. Ten minutes into the film, and I was convinced Skater Girl was a Slumdog Millionaire on a skating board in Rajasthan.

I don’t know how this enchantress showed up as a doppelganger of Gayatri Devi, telling us why she would fund a skatepark in Rajasthan but we appreciate it.

By the end of it all, I was cheering and sobbing in a climax inspired by Gurinder Chadha’s Bend It Like Beckham, when Prerna flees from her marriage mandap to participate in a skating championship where, hallelujah, the ethereal Waheeda Rehman shows up again. Now, if she’s supporting the film, I am in.

Besides the two main child actors, the film has some really likeable actors like the actor who plays Jessica’s affable local guide and host Vikram (Ankit Rao).

But what was the need for a romantic side-plot where (low caste) Prerna is wooed by a Brahmin boy Subodh (Vinayak Gupta)?

Skater Girl is effective when it avoids being schmaltzy and over-cute. When Prerna tells her mother that Jessica madam is from London, the mother replies, ‘Yeh kaun sa goan hain?‘ Really?

At the end, we are told that the skatepark built in the Rajasthan village to shoot this film now stands permanently as a recreational nirvana for children in and around the venue.

For this alone, I forgive the film its excessive cuteness. Thalaivii is a biopic that tells the truth about its subject in an objective but never disrespectful tone. Hats off to writer K Vijayendra Prasad, who proves himself the true Baahubali of screenwriting.

He eulogises former Tamil Nadu chief minister Jayalalitha without turning the film into sugary hagiography. It’s complimentary to the subject matter, but not obsequious.

As seen by the insightful team of Thalaivii, Jayalalithaa is scheming and conniving, iron-clad in her determination to be — to use a definition applied to Mrs Indira Gandhi — the only man in her Cabinet.

But she is also a woman hopelessly in love with Tamil matinee idol M G Ramachandran, played with such flourish by Arvind Swamy that if MGR were alive to see this bio-pic, he would have wanted to be the way he is played by the actor.

I wonder what Jayalalithaa would have thought of this bio-pic!

As portrayed by Kangana (in her most humane performance since Queen), Amma is atrophied by her ambitions and stumped by her love for the man, who cannot love her back. Not in the way she wants.

Her performance in several details reminded me of Keerthy Suresh in Mahanati.

But Kangana plays her actress-in-love-with-married-actor role with more agonised vulnerability.

She is so much in love that she would forsake her dreams just to be near her man.

Once Jayalalithaa’s political ambitions kick in, the narrative assumes a kinetic force, palpable and unstoppable.

Towards the end, Ranaut actually begins to resemble Amma.

Director A L Vijay exercises a firm grip over the love story as well as the politics of Jayalalithaa’s life.

Her telephonic conversations with MGR just before his death, and the stunning cremation sequence where she gets jostled, are outstanding in projecting an aura of doom and chaos.

Kangana Ranaut goes through the film with a commanding exuberance, never excessive in her expressions of love and desire. Like a wholesome Gujarati thali, Bhavai has a lot to offer us. It’s a surprisingly appetizing dish, pleasing to the eye and the palate.

Also, appealing to the mood of festivity that the Dussehra season awakens in all of us.

Set in the bustling drama of a Ram Leela troupe in a village in Gujarat (the last time we entered the heart of a nautanki team, it was in Shailendra’s ill-fated classic Teesri Kasam), this is a flamboyant-yet-austere, stark-yet-spicy film swirling and dancing in the tides of topicality and temporality.

If there is a quality of timelessness in the growing fondness between ‘Sita’ and ‘Raavan’ (last explored in Mani Ratnam’s Raavan, though in an entirely different context), there is also a twist in the tale with the sudden appearance of radical Hindu elements jumping in to thwart the romance between ‘Raavan’ and ‘Sita’.

The film is handsomely shot by cinematographer Chirantan Das, who captures Kutch as region of disarming innocence.

The music and songs (by Prasad Shaste and Shabbir Ahmed) add to the festive flavour.

Not since Kundan Shah’s Jaane Bhi Do Yaaron have I seen a director have so much fun at the Ram Leela. Shiddat is about true love and the walls and hurdles of cynicism and moral policing that people in love have to face even today, where caste, community and bank balance determine marital alliances.

Jaggi, as played by the wonderful Sunny Kaushal, is all heart.

Sunny, true to his name, is that spot of sunshine in our grim world that would like to us believe that true love still exists.

So when he falls in love with the spirited swimmer Kartika (a typecast Radhika Madan) while training her to be a better sport (and also sharing a one-night with her), Sunny thinks it’s for keeps.

When Kartika takes off to London to get married to the man of her wealthy parents’ choice, Sunny follows to the wedding mandap. Almost.

Shiddat is a terrific idea for a rom-com.

Writers Sreedhar Raghavan, Dheeraj Rattan and Pooja Surti have packaged what seems to be the first true Bollywood rom-com in years. The characters sparkle with an ingrained vivacity.

Even the supporting characters, like Kartika’s best friend, will strike you as roles re-defining the equations and regulations of mainstream Hindi cinema.

Shiddat shakes up the status quo, rearranges the tropes of a rom-com and comes up trumps.

The editing (A Sreekar Prasad) goes a long way in amplifying the plot’s mischievous manoeuvrings through a labyrinth of enticing ideas.

There are some incisive comments on illegal migration and stowaways, apparently inspired by Salvador Calvo’s Spanish film Adu, smartly written into the plot. 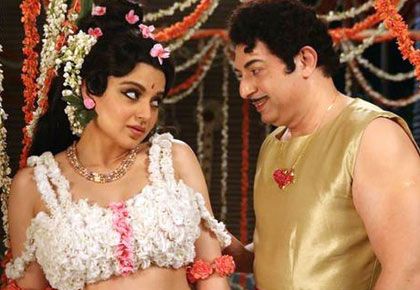