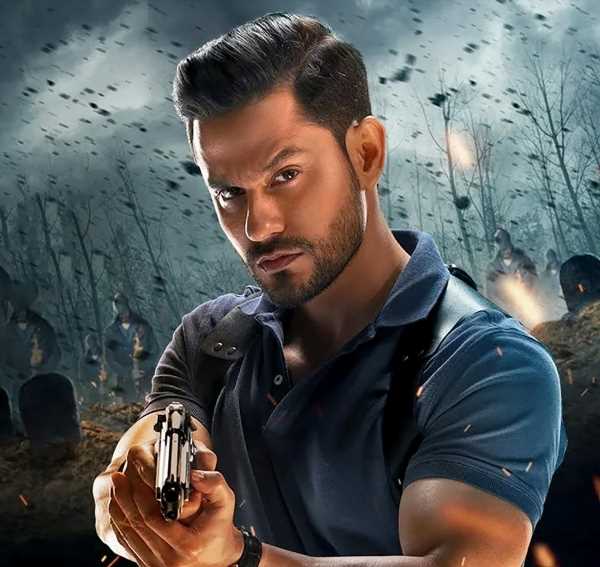 Pinch your nerves, and trust the ghoul — blood will be spilled; women, children, and grouchy old men will be dismembered! observes Sreehari Nair.

A critic who dedicates six or seven hours of his life to a Web series has to be alert to the smallest premonition that comes his way.

That’s why I regret not trusting the momentary chill that shot up my spine, when Season 3 of Abhay opened with the following line in its credits: Creatively Produced by Dushyant Singh.

I don’t know who Dushyant Singh is, or what his ‘creative’ credentials are, but one cannot help but suspect the larger intentions and cognitive faculties of a show that confers upon its producer such solemn airs.

For the purpose of context then, Abhay is about Abhay Pratap (played by Kunal Kemmu), a superintendent of police, who has to get in touch with his inner bestiality, and come up with garish forms of violence, all so that he can solve a series of crimes happening in and around the Delhi-NCR area.

I haven’t watched the first two seasons of the show, but the four episodes of the current season that I did watch are enough to ensure for now a lifetime of bad dreams.

Season 3 of Abhay, as much as I could make out from the smoggy and jumpy frames, is about two sets of killings.

The second set of killings involves an unbelievably ghoulish creature, the product of a satanic cult led by Vijay Raaz.

To expound on the crimes any more would be to give credence to the debauched philosophy that runs through Abhay.

And so, I would like to quit all discussions about the plot, and try answering a very basic question: Did the killings in the show upset me?

The answer is that they didn’t one bit because the point of Abhay is not to upset you but to give you violence you can cheer.

At one point, I threw up my hands and sighed, ‘They call *this* home entertainment, now?’

Even so, composure was quickly regained and, playing the investigator myself, I got to the source of the decadence: But of course, this is a country whose 24-hour news channels are filled with reports of crimes just like the ones documented in the Web series.

If you were to study the reactions to our honest-to-God regional news channels, preferably the reactions of someone who devours one of those channels, you would find out that people today tend to watch news related to wife-burning and dowry deaths without the slightest display of emotion.

It has to be a news item about ‘a mother who ate her own baby’, or something in that range, for the news watchers to dole out that hoary tokenism, ‘Oh, where is the world coming to?’

And then they wait eagerly for the next gory excerpt to arrive.

Now, a genuinely curious artist wouldn’t exploit this tendency, wouldn’t simply take these macabre reports and use them as backdrops for his creation.

A genuinely curious artist might reflect on how murder is sometimes an existential act, and how it can sometimes become the last resort of a mind that fears it is losing its bearings.

An artist like that might use the news reports to explore the psychology of the self-appointed hangman, and create a saga seething with damnation, nihilism and blood, and yet one that’s affecting.

But to create a work of art of this standard, you have to give the audience ‘News that STAYS news’.

You have to go beyond casually re-reporting acts of crime and make their specific victims vivid.

Suffice to say, Director Ken Ghosh is not such an artist.

His major interest is in showing us how the law-and-order mechanism cannot function, how it cannot stop violence, until it coldly swings over to vigilante tactics.

The aesthetic of killing is the driving aesthetic in Abhay, and to the extent that a critic might get involved in the goings-on, he can only pass comments such as, ‘I think the slashing could not have been so swift’, or ‘the organ-ripping needed a bit more effort’, or ‘the rhythms in the nailing and the bludgeoning by hammer are quite off’.

Outside of such sequences, the shots are as unimaginative as they come.

The towns constantly spew sulfur, and they are composed primarily of junkyards and the wasted entrails of industrial lands well past their glory days.

It is the Sin City version of reality that informs the show, which version you must have observed has also been carried through into the graphics of the Video Games that presently throng the marketplace.

The transitions between scenes are indeed video game-like, they are deliberately choppy, and the chase sequences have been filmed to appeal to Parkour lovers.

I sat through all of it, convincing myself that I am clearly not the target audience for the show.

Abhay comes alive only in its moments of gruesome murders and retributions; it is in a state of pure vacuum otherwise.

The empty, dead stretches between two killings are supposed to be okay, for you are expected to spend that time waiting on tenterhooks, as the electro-tribal music readies you for the next act of carnage.

Pinch your nerves, and trust the ghoul — blood will be spilled; women, children, and grouchy old men will be dismembered!

Discussions concerning violence in art are often thwarted by people’s simple-minded belief that the solution is monologues about non-violence and campaigning for a pacifistic approach.

Nothing could be further from the truth.

For the opposite of hollow representations of violence is sensitizing the audience to violence. And Abhay is aimed at the already desensitized.

Recently, a very intelligent critic, who had a problem with the saffronisation at work in RRR but no problems with the mindless savagery in the film, told me, ‘I don’t believe every time you see blood at the movies, you have to think it is a physical act of violence.’

Well, what Rajamouli evokes with callousness on a green screen, Ken Ghosh evokes with thrill on the streets.

And for a desensitised audience, there cannot be much difference between the hordes of villains who are heroically shot down like bowling pins in a Rajamouli film and the cartoonish, incidental characters who are bumped off in Abhay.

Also, I could not help but conclude that the show wants to, subliminally at least, offer a comforting shoulder to those who view the details in a heinous act of crime as appropriate alleyways to sexual release.

The creators of Abhay know very well that the gore-scarred environment in which the story is based must be a turn-on for many, and consequently, breaking this pattern makes little sense to them.

So the tortured women are mostly sexy: Kohl-eyed in their weepy dungeons, or appearing as bosomy demons in Abhay Pratap Singh’s fantasies and hallucinations, they egg him on to embrace his criminal nature.

And Kunal Kemmu is styled like a handsome torturer, with not a rot on his face or a slouch about his shoulder.

At this point, all I could do was mentally trace the arc of Kemmu’s career.

From an adorable child actor to an unfeeling hero went the arc.

He, who was once the poster face of advertising-level cuteness, is today a symbol of all-round depravity.

Now there’s a naturally gifted public performer, set back by two kinds of audience manipulation, separated in time by 30 years. 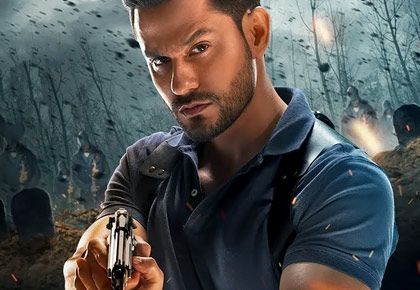