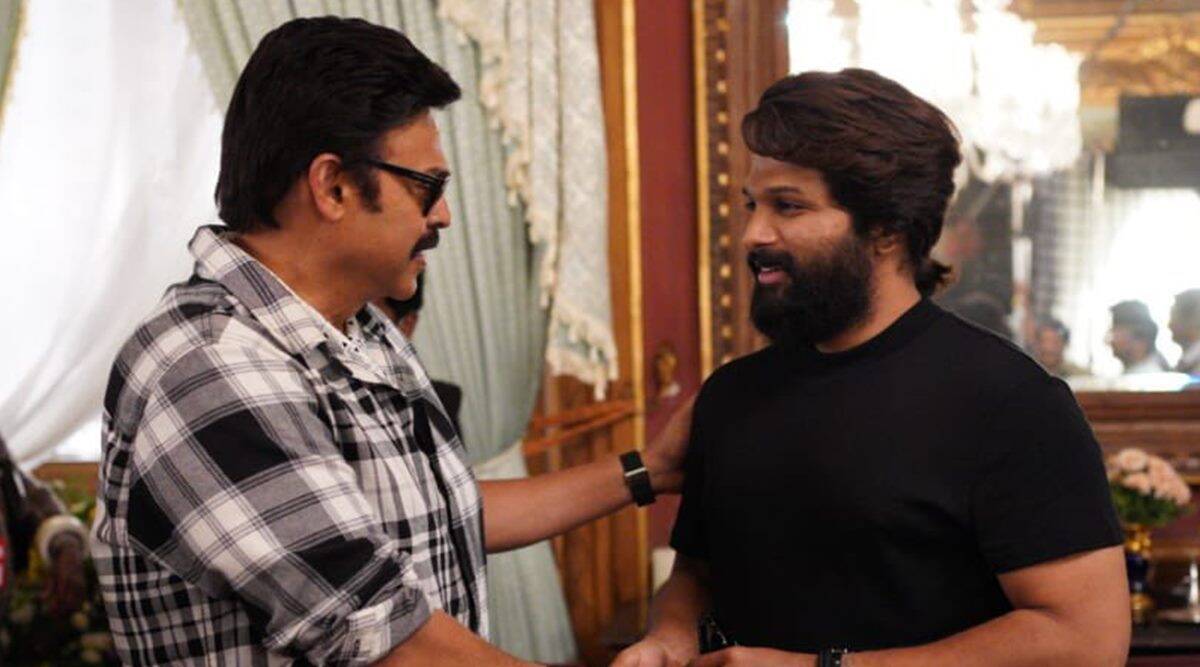 The makers of F3 movie on Wednesday shared the photos of Allu Arjun's visit to the film sets in Hyderabad. F3 stars Venkatesh Daggubati and Varun Tej. Actor Allu Arjun on Wednesday surprised Venkatesh Daggubati and Varun Tej as he visited the sets of F3 in Hyderabad. Sri Venkateswara Creations, the production house of the movie, took to their Twitter handle and shared the photos of Allu Arjun’s visit to their film’s location. Currently, the makers of F3 are shooting a fun sequence involving Venkatesh,  Varun Tej, Rajendra Prasad, and Sunil.

In the images, the Ala Vaikunthapurramuloo star is seen interacting with the cast of F3.

“Mr. #PushpaRaj aka Icon st₳₳r @alluarjun visited the sets of #F3Movie! A hilarious fun sequence featuring all the main cast is being shot in HYD!” the F3 makers captioned the photos.

Directed by Anil Ravipudi, F3 brings back the duo of Venkatesh and Varun Tej as brothers-in-law while Tamannaah Bhatia and Mehreen Pirzada are reprising their respective roles from the F2 movie. The film was supposed to be released on August 27, but the Covid-19 induced lockdowns forced the makers to reschedule the movie’s shoot and look for a new release date.

Meanwhile, Allu Arjun is busy shooting for Pushpa The Rise. Directed by Sukumar, the movie stars Rashmika Mandanna as the female lead. The makers of Pushpa will soon shoot the face-off sequences between Allu Arjun and Fahadh Faasil. The movie is scheduled to be released in theatres on 17th December.