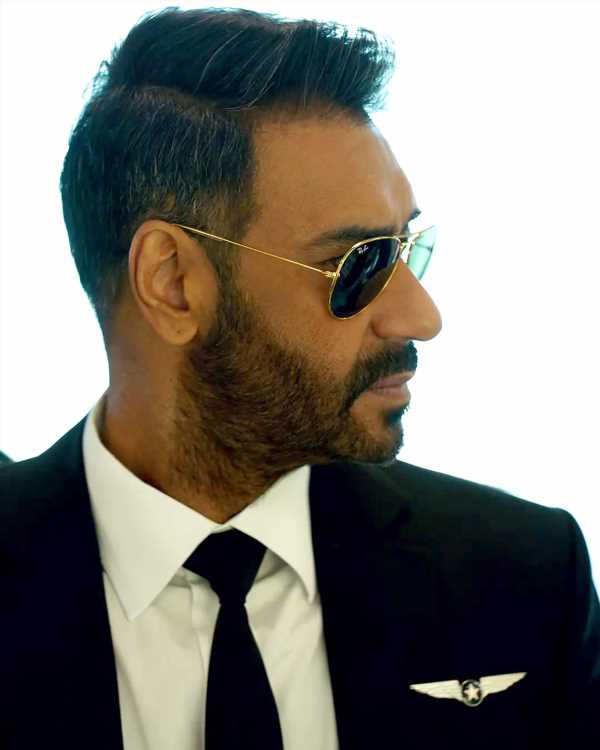 ‘He listens to you and he will do exactly what you tell him to do.’

Fresh from his debut OTT show Rudra: The Edge of Darkness, Ajay Devgn will now be seen on the big screen.

His new thriller Runway 34 is also directed by him.

How difficult is it to handle two responsibilities simultaneously: Directing and starring in a film?

It is a lot of hard work.

Though you have planned and worked everything out, it still becomes a lot of hard work on the sets.

So it just takes a lot of hard work and you have to be there.

I enjoy doing it.

Is your film inspired by Denzel Washington’s Flight?

No, it is inspired by a true event. Every aviation film is not Flight (laughs). 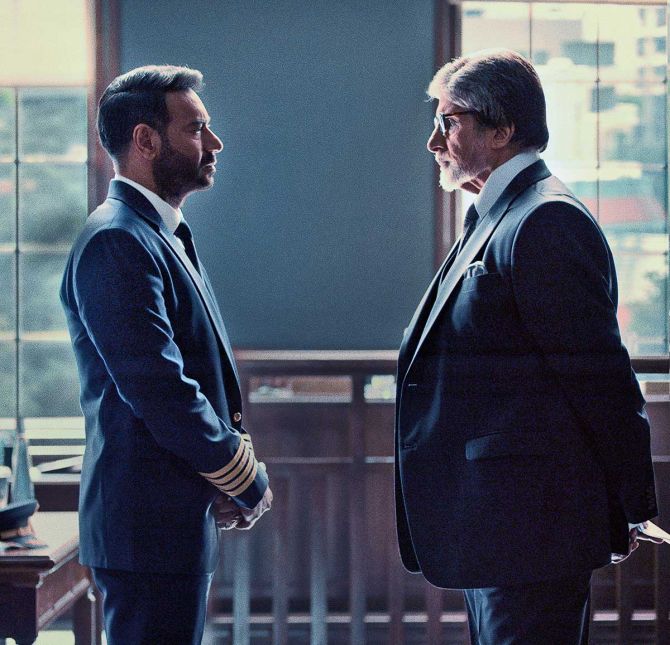 You are working with Amitabh Bachchan after seven years. Any fun behind-the-scenes moments with him that you would like to share?

Yeah, but we are always in touch and we keep meeting, so it never feels like you are working after so long.

With him, there is this comfort zone because he knows you since you were a kid.

The kind of dedication and the kind of actor he is, he only inspires you.

What feels tougher: Directing him or being his co-star?

I think it is easy for me because, despite him being very intimidating, he makes you very comfortable.

So for me, he is not intimidating because I have known him.

Because I have that kind of rapport, I cannot say that it is difficult to work with him.

I think it is a lot easier because he listens to you and he will do exactly what you tell him to do. 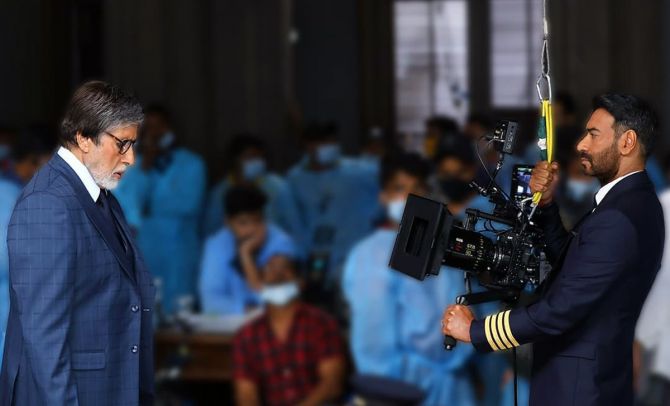 Did you decide to direct the film after the story came to you?

Yeah, the story came to me two-and-a-half years back. In fact, three years back.

I liked the story. I told the writers that I would like to see some changes.

At that time, I was not thinking of directing, so I told them to make these changes and then we would meet.

Then I forgot about it.

A year passed, the coronavirus pandemic hit, and I was sitting at home.

Then I suddenly remembered.

I called them up and asked, ‘Have you made the changes?’

They said, ‘Yeah, we have been waiting for your call.’

I called them over.

For two to three months, we worked on the script.

It became so interesting and nice that I decided I wanted to direct it myself.

How did the cast come on board?

Obviously, I suited the role, so I decided to cast myself (laughs).

I am very happy that I cast Rakul Preet because, if you see the film, I mean, she has gone beyond my expectations. It is a performance-driven role.

I had worked with her in De De Pyaar De, so I knew that she had the potential to pull it off.

But when you see the film, you will know that she has performed really, really well. Maybe she has not got the chance to perform like this in films. It depends on when you get the right role. 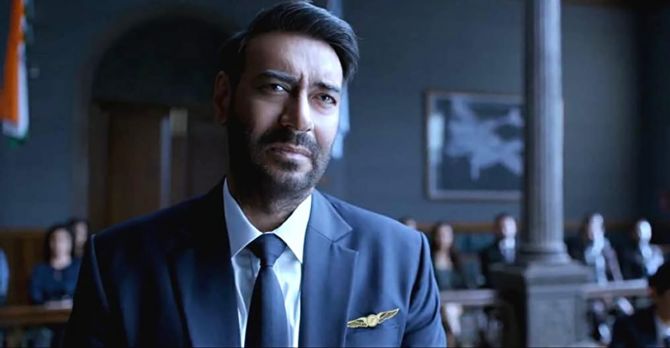 The film was earlier titled Mayday. What led to the change in title?

People were not understanding the title ‘Mayday‘.

I thought we might make them understand through the promo because I hoped everybody knew what Mayday meant.

But then a lot of people asked me, ‘What is Mayday?’

One day, I was sitting with a senior, educated, man, and he asked, ‘Is Mayday about Labour Day?’

I thought a senior, well-educated, man would know what Mayday is. If he did not know, then I need to change the title.

Runway 34, because when you see the film, both stories revolve around Runway 34.

The airport has different runways according to the degrees.

So when you see the film, you will understand that the whole story revolves around Runway 34, especially that one run. 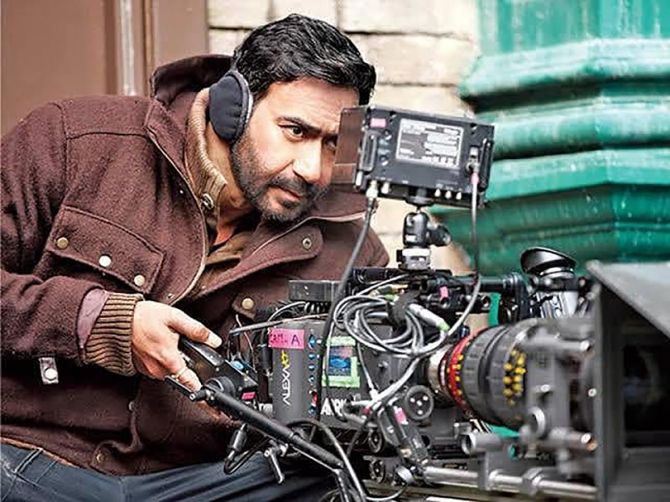 As a director, what are your priorities: Focus on your character or focus on the story?

Focus on the film.

As a director, you are focusing only on the film.

For Vikrant Khanna and every other character, technique, and everything that is a part of that film, you only work for the film.

Talking about the technicalities, there was an extensive set up of cameras, we heard.

I have done that many times. But here, it was very tough to shoot because I was shooting in a cockpit.

A lot of drama had to be created, and I did not want to make the cockpit bigger.

I wanted to feel that claustrophobia.

I did not want the cameras to move out and, you know, cheat.

So I did a lot of things, you know, where the cameras could move inside and backside.

This film is based on a real-life incident. Did you take any creative liberties while making the film?

Yes, as far as the drama is concerned.

Yes, it is based on a true incident, but you don’t know the details of the true incident. So you need to work on that. 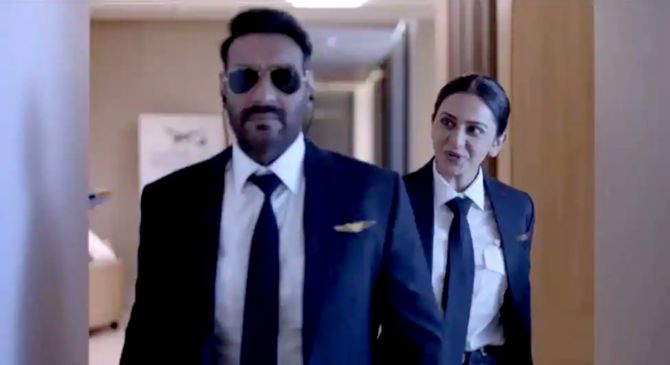 Did you meet the people who were involved in this incident?

No, because I have not gotten into anybody’s personal lives.

It is just the incident and the character.

I have not gotten into his personal life at all.

The last few years have been difficult for everyone. Was it difficult to shoot as a producer?

No, as a producer, it was not stressful.

Yeah, we had to take some precautions when we were shooting during the COVID and Rakul got infected too.

But that did not create a lot of issues.

Do you have box office expectations from Runway 34?

I don’t have a number in mind. I just want people to like the film.

As you can see, this isn’t a big-budget action movie; it is a big-scale film, but of a different genre.

So there is a particular audience for it.

Let’s see how it goes. 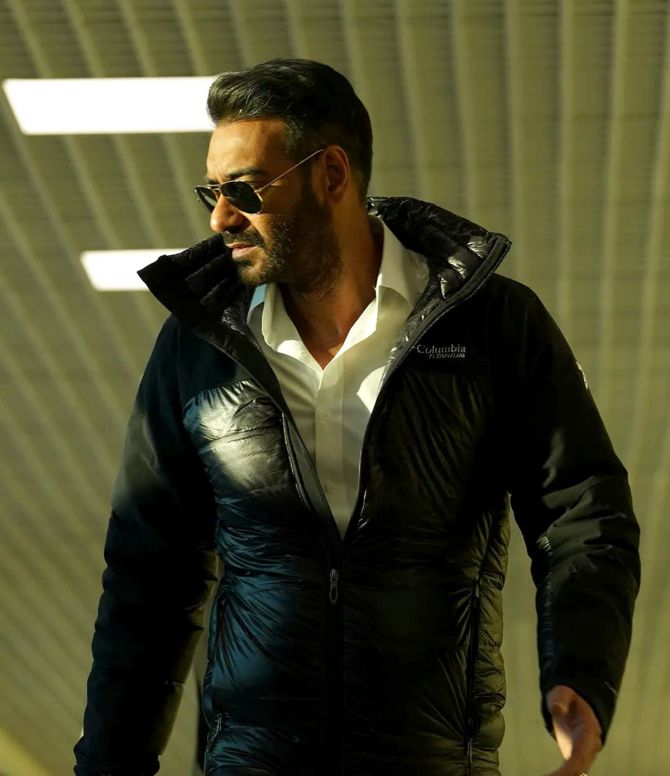 Runway 34 releases alongside Tiger Shroff’s Heropanti 2. Whenever there is a big clash, your films do well, and this has been the same since the first film.

It is not a clash. I wouldn’t call it a clash.

In fact, we spoke, and we are all supporting each other.

Many of your co-stars have said we are missing out on heroism. Sanjay Dutt has said that he has started a production company to make films on heroism. What do you have to say about it?

You should balance the films.

You should make films.

I have been making films on heroism. But I have also not done a big action film in a long time.

But the last was Tanhaji, but that was also a historical action film.

Tanhaji was about heroism.

You have also maintained a fine balance between hardcore commercial films and content-driven projects. So over the years, what kinds of scripts have you been chasing?

I am not chasing anything.

I listen to a script and realise that ‘Oh, this is something very different, nice and very refreshing. I have never done something like this before, and I think the audience will like it.’

So you go ahead.

I am doing all different genres. 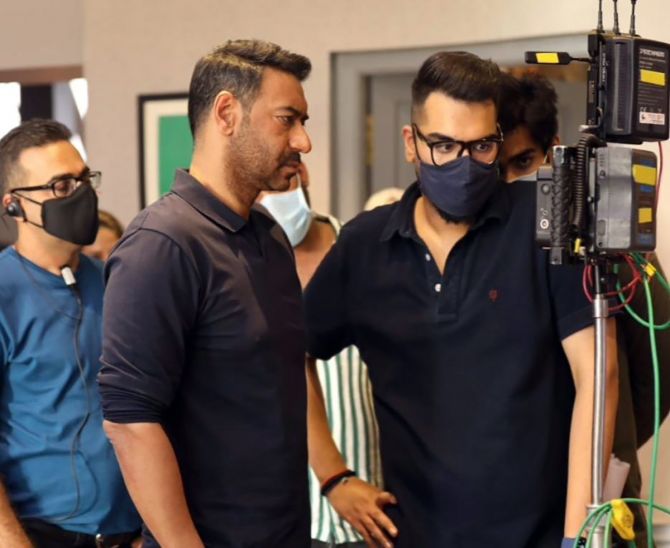 Does the film have any scope for music?

So, the scope is less.

But there is a great background score.

You have produced a couple of Marathi films. Anything coming up?

When I hear a good script maybe, yeah. Nothing in process right now.

What do you have to say about the massive success of Gangubai Kathiawadi and RRR? Your performance was highly appreciated.

Thank you so much. They are made by great directors.

When they came to me with the roles, it was very exciting.

When is Singham 3 starting?

By the end of the year. 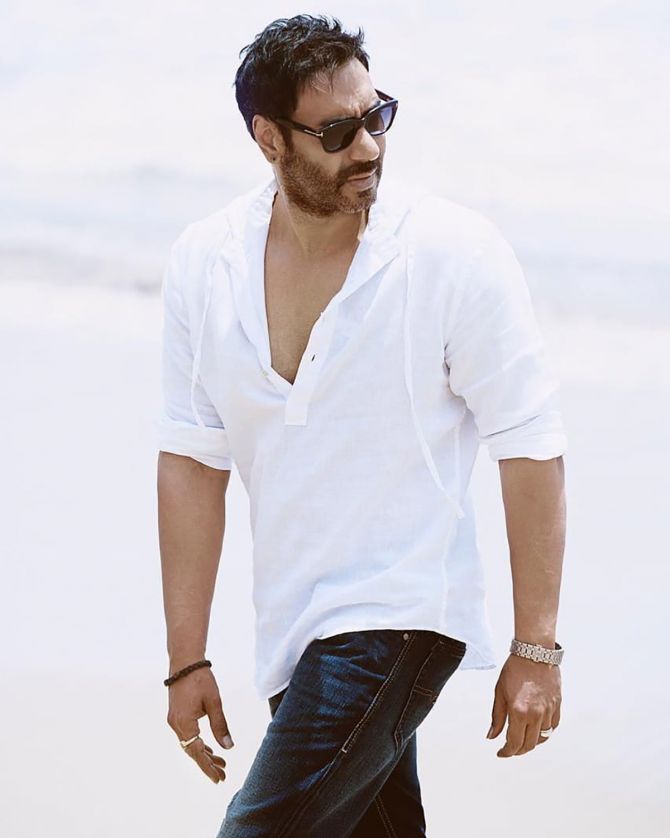 Nowadays, films are created for pan-India. With that, is there a new form of pressure on you as well to get validated by audiences across India?

No, it depends on what kind of films you want to make.

When you make a Runway 34, you are not thinking of a pan-India film. Or even Maidaan for that matter. That is an emotional drama.

Then when you do an action film, you think you can go pan-India, have budgets of that sort.

Even KGF was not a planned pan-India film. But it was released here and worked well. 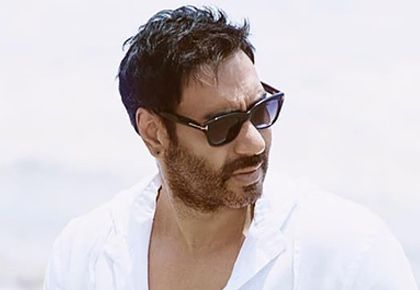