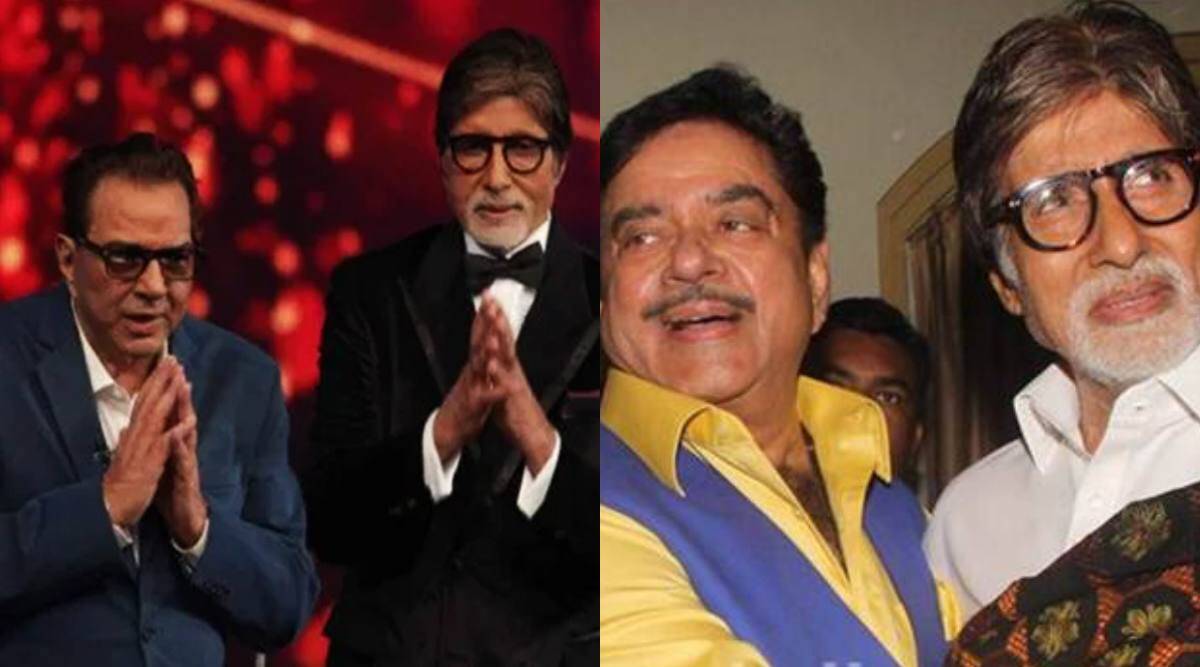 Amitabh Bachchan took his fans on a nostalgia ride. He shared an older picture of himself with yesteryear superstars Dharmendra, Prem Chopra, Jeetendra and Shatrughan Sinha. 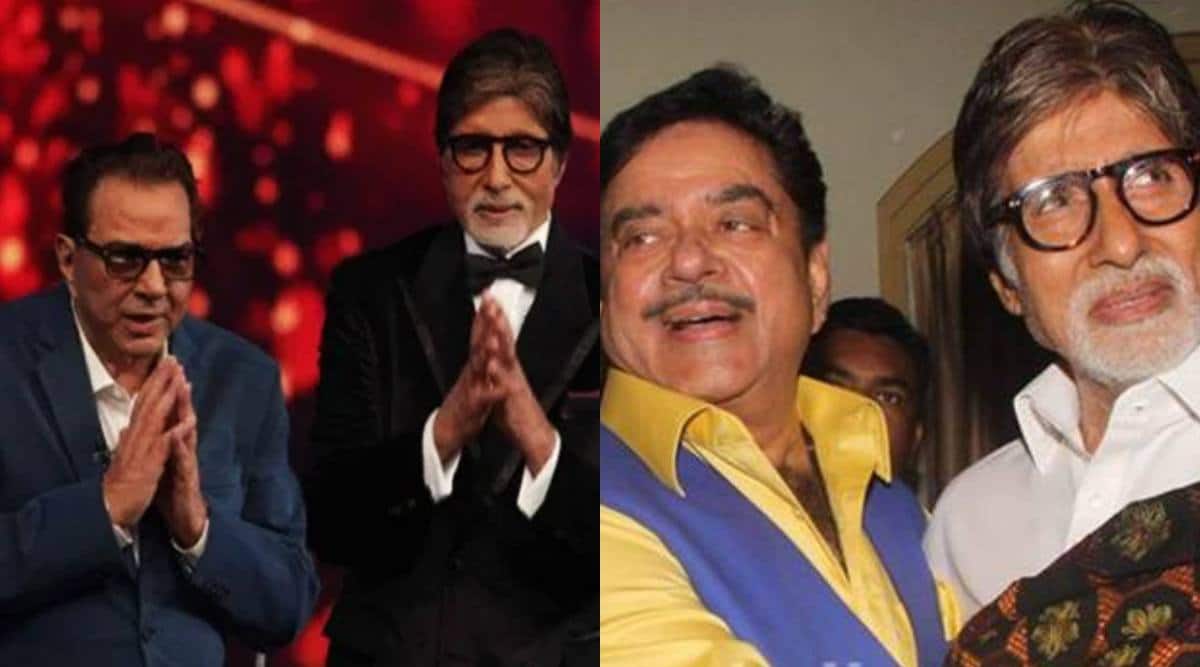 Megastar Amitabh Bachchan often shares throwback photos from his early days in the Hindi film industry. On Saturday, the actor took his fans on social media on a nostalgia ride. He shared an older picture of himself with yesteryear superstars Dharmendra, Prem Chopra, Jeetendra and Shatrughan Sinha.

While sharing the black and white picture, Big B expressed how such a union of friends has become a rarity now. “Jeetendra .. Dharmendra .. Prem Chopra .. Shatrughan Sinha .. and moi ..aajkal aise jamghat bahut kam dekhne ko milte hain ..आजकल ऐसे जमघट बहुत कम देखने को मिलते हैं । For them who are Devanagari challenged 😂” read the caption of the photo.

The picture received a lot of love from the fans of senior Bachchan who addressed the actors in the frame as “legends”. “All Legends in one frame,” a fan wrote. Another commented, “Golden memories!”

Bachchan and Dharmendra redefined the bond of friendship on-screen with the 1975 blockbuster Sholay, where they played best friends and partners-in-crime Jai and Veeru.

The audience recently got to witness the bond between Dharmendra and Shatrughan Sinha on The Kapil Sharma Show. The veteran actors reminisced about their evergreen friendship, pulled each other’s leg, and revealed the secret behind their closeness.

On the work front, Amitabh Bachchan is currently shooting for the quiz show Kaun Banega Crorepati. He also has several Hindi films in the pipeline including Ayan Mukerji’s Brahmastra, Vikas Bahl’s GoodBye, and Ajay Devgn’s Mayday.

The actor was last seen in Chehre, also starring Emraan Hashmi. The film released in the theaters after the reopening of the cinema halls.