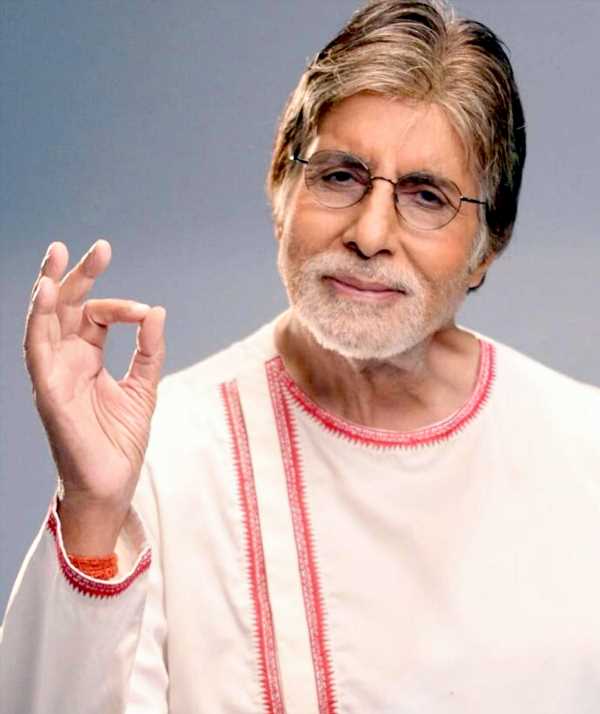 ‘He’s one of the actors I’ve seen who, compared to so many younger people that we get to work with, doesn’t have any tantrums.’

Amitabh Bachchan has always been the complete package.

He is magical on screen.

Does action in the most realistic way possible.

Has reinvented himself so perfectly that many reigning heroes have stopped working with him because the film eventually becomes an Amitabh Bachchan film.

He even casts a spell on the actors he ha worked with.

So it comes as no surprise that for Costume Designer Veera Kapur Ee, working with him was a dream-come-true.

Veera has designed for the Big B over five films (Piku, 102 Not Out, Pink, Jhund and Goodbye), and more than 150 advertisements through a period of 11 years.

Still, she remembers the day she first met him. “I first met him when I was an assistant director with Shoojit Sircar. I was very young then, probably 22 years old,” Veera tells Ronjita Kulkarni/Rediff.com.

“I was completely awestruck. So I was very quiet. I didn’t know how to approach him during that first ad,” Veera adds, recalling the Cadbury commercial.

“Two years later, thanks to Shoojit, I got a chance to dress him up for an ad commercial. Again, that was for Cadbury,” Veera says.

“The good thing about Mr Bachchan is that if he likes the work, he does not look at the age. He’s very supportive, very professional. He’s one of the actors I’ve seen who, compared to so many younger people that we get to work with, doesn’t have any tantrums,” she says.

“He’s very clear about what he wants, but at the same time, very respectful about what the character needs. If he has to wear a certain thing, he asks you, ‘Do I have to wear this?, you think it’s important?’ And you’d be like, ‘Yes, sir, this would great for this character.’ And he will be like, ‘Okay, fine. I agree’.

“He makes you feel very confident.” 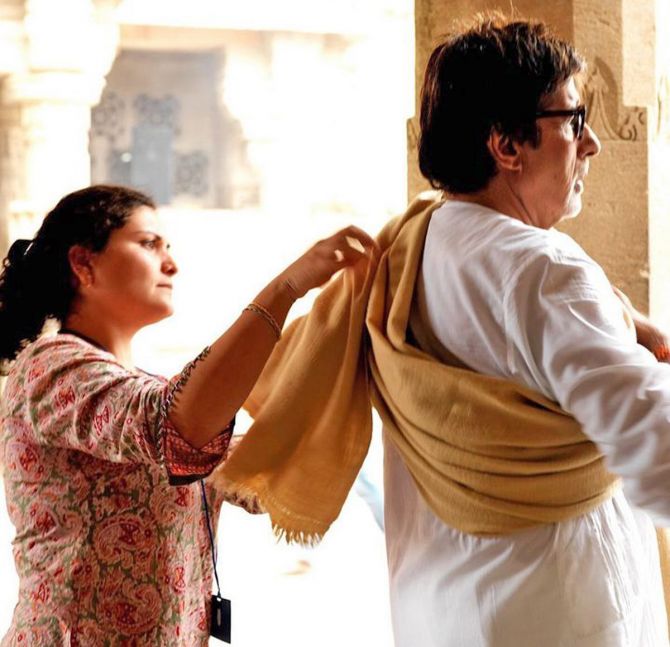 “Like, he wouldn’t like to wear just a shirt. He would like to wear it with a stole or a jacket, even if it’s a sleeveless jacket. He likes good suits.

“When we’re shooting with him, whatever kind of climate, even if it’s warm and you’ve given him a shawl, you will never hear him crib or remove the shawl after every take.

“He will sit peacefully on a chair, wearing the shawl.

“If you tell him, I can take it and give it back in the next take, his one hand will come up, saying ‘No, it’s perfectly fine.’ He has that patience.” 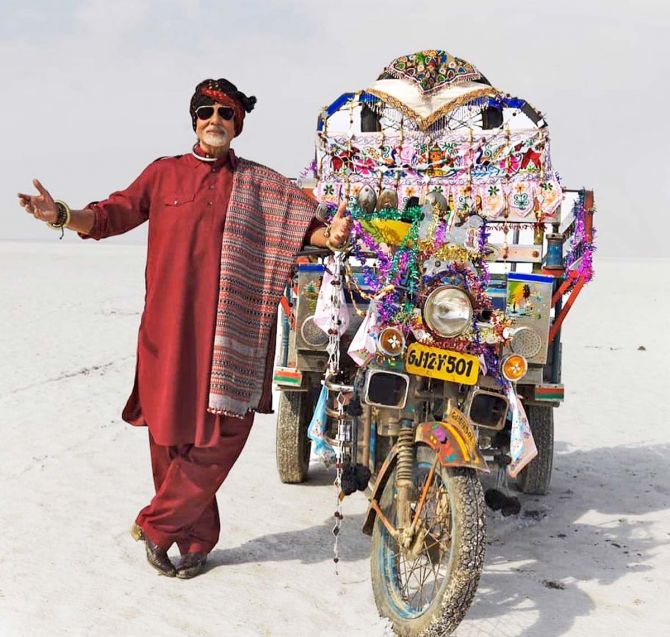 Veera goes back in time to discuss the Gujarat tourism commercial campaign, which was one of the longest commercials that she did with Bachchan — it went on for three years.

They traveled to beautiful locations all over Gujarat, and tried on interesting looks.

“He was very enthusiastic about it. He would bring his own collection of boots; he has an amazing collection! He will always try and contribute to the look as well,” Veera says.

“If you ask him, ‘Sir, do you have any jacket?’, he will carry one or two jackets as an option.

“I got to try many looks with cotton fabrics, kurtas, different kinds of shawls, jackets, the Wildlife Safari leather jacket look… he even wore the traditional Gujarati attire. That was really interesting. 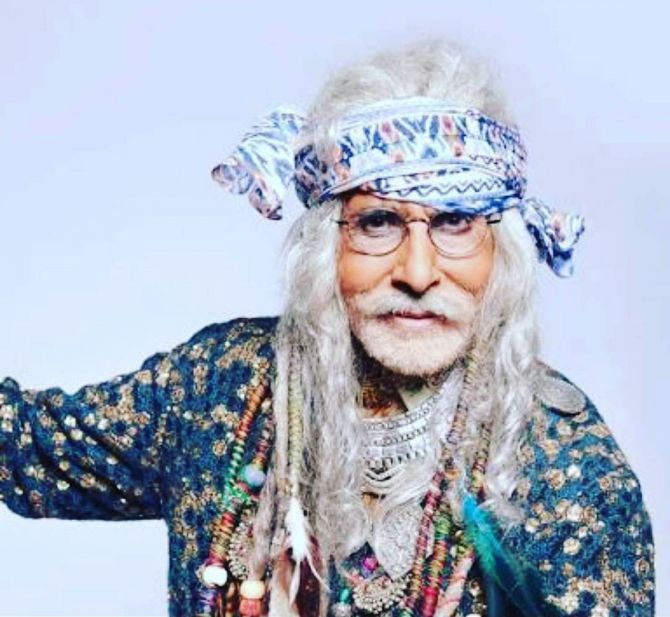 Veera’s favourite Amitabh look was always be the one she created for the Tata Sky ad.

He plays a sutradhaar in a small town, where a puppet show going on. That look was something I have never done anywhere and haven’t repeated till now. It was just outstanding,” Veera says.

“First, he was nervous with what all we were putting on him. But then, when he got into his element, it was just the most beautiful thing to see. He wore a colourful printed dhoti with a colourful jacket and a printed shirt.

“There was a lot of jewellery, a turban, long hair wig.

“He likes to experiment. He is very adventurous with his clothes, and up to date with fashion.” 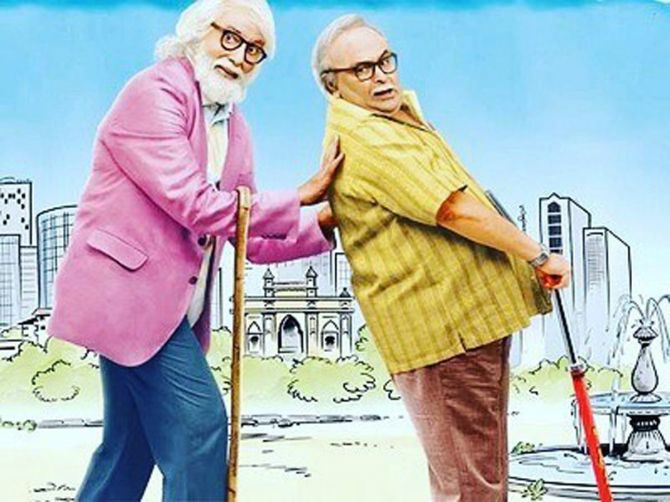 Among the films that she has done with him, Veera finds 102 Not Out the most challenging.

“We had to make sir and Rishi Kapoor sir look older than what they were,” she explains.

“He completely surrenders to his character.” 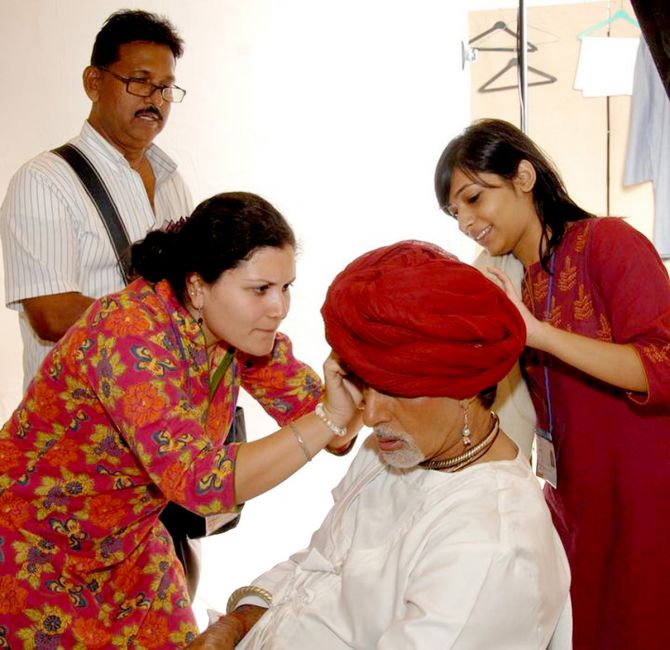 What is Amitabh Bachchan like on set? Does he chat with everyone?

“He does his work and goes back to the van. If he’s sitting on set, he’s a very quiet person. He doesn’t talk unnecessarily. That’s something I’ve noticed about him.

“I have personally never had too many conversations with sir. He’s very focused and very minimal conversation kind of person.

“I am quite a talkative person, but I become very quiet because of his aura, his personality is larger than life.” 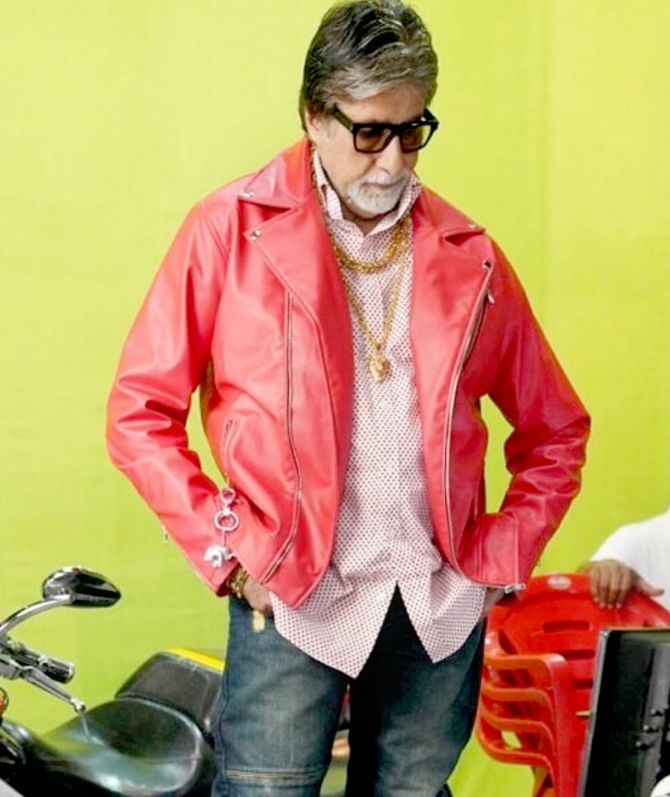 Veera remembers the time she visited Bachchan at his home.

It was after the success of Pink, when the team was invited to his birthday party at his residence.

“It was Aushtami,” Veera says, referring to the auspicious day during Durga Puja. “So there was amazing Bengali food!”

“They are the most gracious family when it comes to hosting. They make you feel so special. They will pamper you when youa re in their house. It was an amazing experience meeting the entire Bachchan family and having a meal with them.” 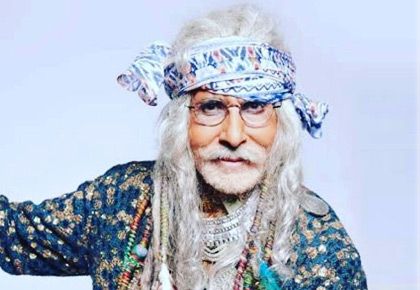