On Amjad Khan's 81st birth anniversary, we revisit how the veteran actor infused life into Gabbar Singh that went on to outlive Sholay and become a benchmark in the portrayal of villains in Indian cinema. Die-hard fans would know that the iconic villain Gabbar Singh in Sholay was initially supposed to be played by Danny Denzongpa. The actor said no to the offer, leading to much disappointment. Only 45 years on, it is impossible to imagine anyone else but Amjad Khan asking, “Kitne aadmi the.” Great heroes need great villains; great films need great villains. And it was Amjad Khan’s incredible portrayal of Gabbar Singh that made it one for the ages, making the villain a part of popular culture.

Danny failed to accept the role owing to date issues and prior commitment to Feroz Khan’s Dharmatma. As the makers scrambled to find their Gabbar, Salim Khan of Salim-Javed duo — the writers of Sholay, recommended Amjad’s name to director Ramesh Sippy.

“I knew the Gabbar character was fabulous but my conscience guided me to take the right decision. I have no regrets at all. If I had done Sholay we would have missed seeing all the wonderful performances of a wonderful actor called Amjad Khan,” Danny Denzongpa told Spotboye earlier. 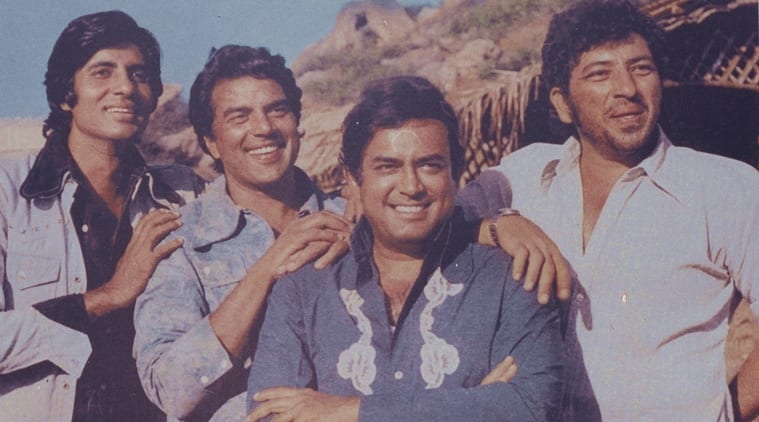 Amjad was struggling to find a footing in films at the time. It was his theatre background that came in handy. “Salim had heard about Amjad’s skills as an actor, and physically he seemed to fit the role. ‘I can’t promise you anything,’ he told Amjad, ‘but there is a role in a big film. I’ll take you to the director. Agar aap ko yeh role mil jaaye, aap ki koshish se ya aapki kismat se (If you get this role, whether by luck or effort), I tell you, it is the finest role in this film.’ Amjad seemed to fit the part, but he was unknown,” an excerpt from the book ‘Sholay, The Making of a Classic’ by Anupama Chopra reads.

Salim Khan had bumped into Amjad a few days after Danny had declined the role. The veteran screen writer had seen Amjad since childhood as Salim was friends with his father and yesteryear actor Jayant.

It is said that at one point of time, Gabbar had caught the fancy of both Sanjeev Kumar and Amitabh Bachchan to the extent that they were ready to shed their hero image to play the part. But, Gabbar eventually fell in the lap of Amjad Khan. Rest, as they say is history. Salim-Javed even went on to modify the lingo of the villain to suit the actor.

So when Gabbar said — “Yahan se pachaas pachaas kos door gaon mein, jab bachcha raat ko rota hai, toh maa kehti hai bete so jaa, so jaa nahin toh Gabbar Singh aa jaayega” on the 70mm, who didn’t feel that shiver down their spine? Such was Gabbar’s charisma that we had a ‘Gabbar Mix’ album in the 90s, that remixed songs with his iconic dialogues, including “Jo darr gaya, samjho marr gaya.”

Gabbar Singh is one prime example in our Hindi films, where a villain, despite his ruthlessness, became iconic for the audience. Call it his sinister gaze, dialogues or devilish laughter, Gabbar got an irreplaceable face in Amjad Khan, and made him the most iconic villain of Indian cinema.

Gabbar skipped the stereotypical handlebar moustache and sported a beard. He didn’t drink his nights away but preferred chewing tobacco. Amjad prepared for the life-changing role by reading ‘Abhishapth Chambal’, a book on Chambal dacoits. Though Amjad Khan lost the the Best Supporting Actor Filmfare Award to Shashi Kapoor for Deewaar, Sholay did for him what films rarely manage to do for an actor — made him a de facto star overnight. “I remember seeing a play of him (Amjad Khan), in which my sister was there, he was very impressive on stage. His face, built, personality, voice everything felt right. We told him to grow a beard, got him in the costume, took pictures and he just felt right as a rough-and-tough guy,” Ramesh Sippy earlier told PTI.

Amjad in real-life was not an ounce close to Gabbar. He was close friends with his onscreen nemesis Amitabh Bachchan, whom he addressed as “Shorty.” Amjad was also addicted to tea and drank up to 30 cups in a day.

In a career spanning nearly 20 years, Amjad Khan went on to do over 132 films. He rarely got awarded. But what he left behind in Gabbar Singh continues to be bigger than any trophy — a character that probably ranks in the top list of most memorable roles in Bollywood, apart from being numero uno villain, a benchmark no other antagonist has come closer to achieving.