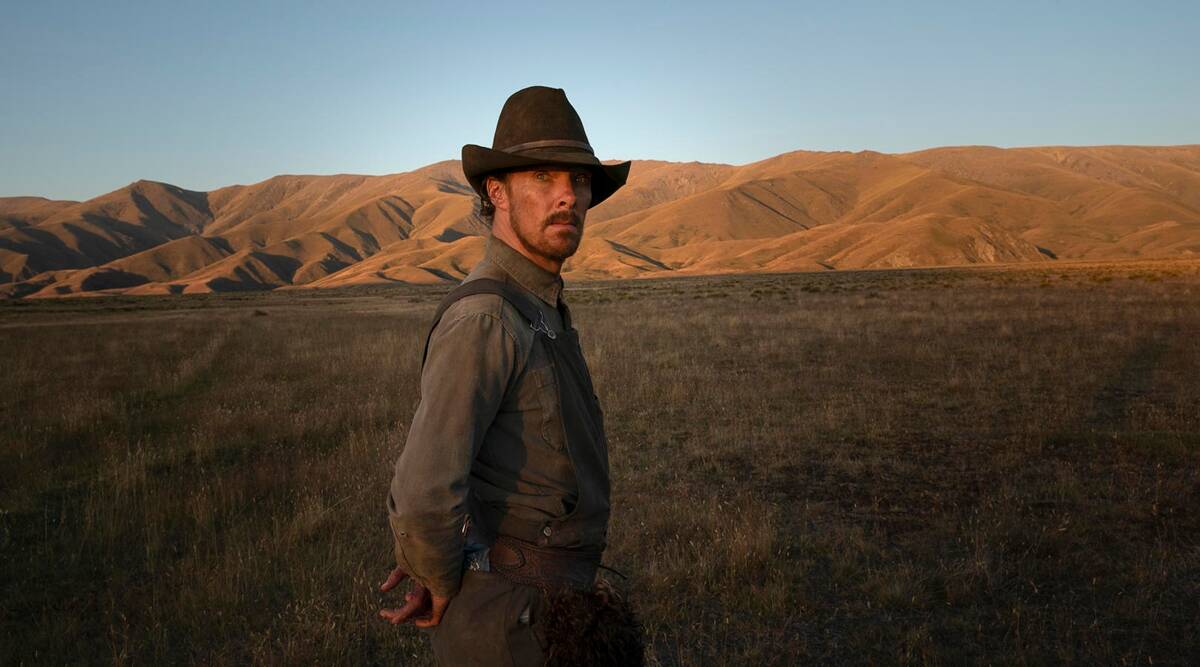 To play this complex, controlling monster in Power of the Dog, Benedict Cumberbatch focused on the role’s physicality as never before, learning to ride, working with animals, fully embodying Phil’s visceral dominance of his environment. 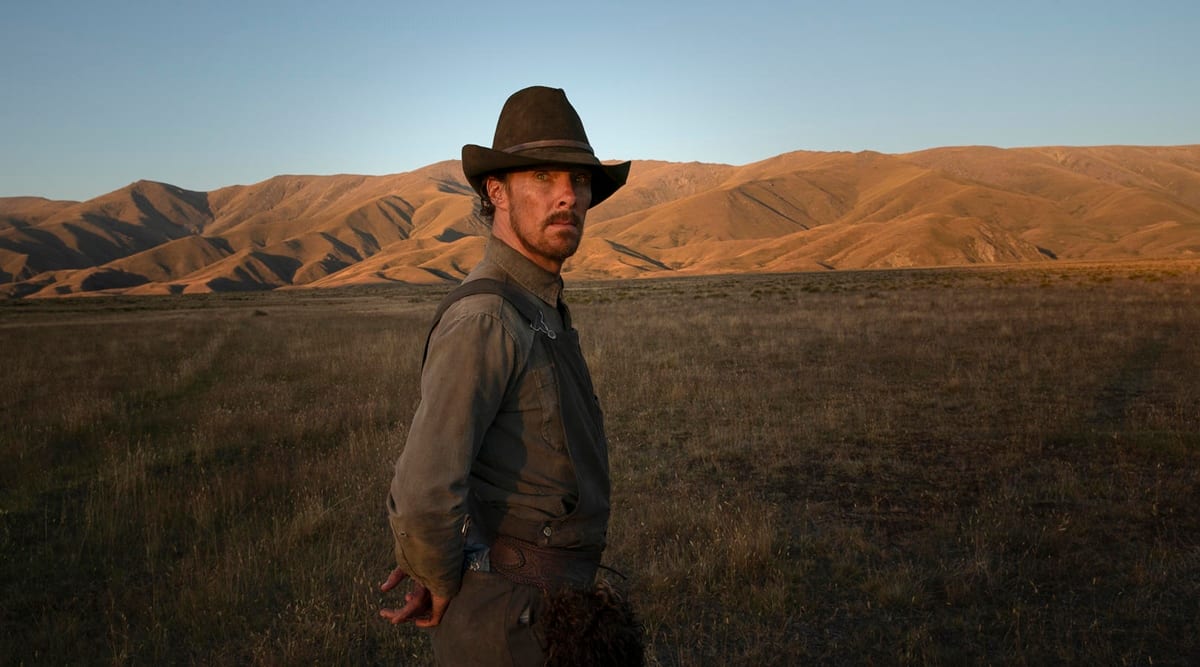 At the beginning of the shoot for The Power of the Dog, the ominous new psychodrama from Jane Campion, the director brought the actors and crew together on a remote and magnificent site on New Zealand’s South Island, which was standing in for the story’s Montana setting. After a Maori blessing, Campion began to introduce everyone. “This is Phil Burbank,” she said as Benedict Cumberbatch stepped forward. “Benedict is really nice, and you’ll meet him at the end of the shoot.”

Phil, the clever, bullying, angry character played by Cumberbatch, is the elder of two brothers who run a thriving cattle ranch, and he isn’t nice at all. He dominates and insults his quiet, mild-mannered sibling, George (Jesse Plemons), and his perpetually simmering hostility finds a soft target when George marries Rose (Kirsten Dunst), a local widow with an effete teenage son, Peter (Kodi Smit-McPhee). Phil is an alpha-male cowboy, dark and dirty (literally). But slowly we begin to understand that Phil, who studied Greek and Latin at Yale, is also playing a role.

“In her dry way, with that introduction, Jane gave me permission to be Phil,” Cumberbatch said in a video interview from his home in England. With rather more exuberant hair than Phil and minus the character’s fearsome stare, he was relaxed and articulate as he discussed the role. “He behaves abhorrently, but there is a deep well of pain there, this life not lived, an arrested development that informs the way he behaves. If we don’t understand the monsters in our world, what motivates this behavior, if we can’t look at someone beyond being a baddie or a goody, then we’re in trouble.”

To play this complex, controlling monster, Cumberbatch focused on the role’s physicality as never before, learning to ride, working with animals, fully embodying Phil’s visceral dominance of his environment. A heady experience for Cumberbatch, it has already led to Oscar talk and some of the best reviews he has ever received. “Cumberbatch is astounding in the role, as the actor knots his default sarcasm into a lasso of constricted menace,” David Ehrlich of IndieWire wrote. “The unforgettable performance that results — a definitive career-best — is at once both terrifying and terrified.”

Campion, the first woman to win the top prize at Cannes, for The Piano in 1993, adapted The Power of the Dog from a 1967 novel by Thomas Savage. The movie, which will have a theatrical release Nov. 17 and stream on Netflix beginning Dec. 1, is her first in a dozen years and her first to feature a male protagonist. Campion said in a phone interview that she had long admired Cumberbatch’s ability to “do something unexpected.” For Phil, you want “the guts and performance capacity to create someone who is worth hating and fearing. He is possibly one of the most interesting characters in American literature.”

The movie arrives just a few weeks after another Cumberbatch tour de force, The Electrical Life of Louis Wain, directed by Will Sharpe (on Amazon Prime beginning Nov. 5). In that, he plays the emotionally fragile, socially awkward, brilliantly talented illustrator Louis Wain, who in the late 19th century became famous for his playful, anthropomorphic drawings of cats.

Louis is the polar opposite of Phil, a man unable to fulfill the traditionally masculine roles of provider and authority in an era that requires him to take care of his mother and five unmarried sisters. He falls unsuitably in love and marries Emily (Claire Foy), his young sisters’ governess; when she becomes ill, he draws cats to cheer her up.

“Over time, as Louis’s life takes a number of dramatic turns, his cat love deepens and his art changes, and so do both the movie and Cumberbatch’s layered performance, with its openness, tenderness and performative control,” Manohla Dargis wrote in a New York Times review.

Sharpe said the actor was “unafraid to put himself in any scenario,” adding in a phone interview that there was “some overlap between Louis and Benedict; an overbusy diary, full of energy, full of ideas.”

Cumberbatch said he had adored everything about Louis Wain. “I had a similar connection to him that I did to Alan Turing when I did ‘The Imitation Game’: they were both quiet characters in a very loud world,” he said, adding that he had been moved by Wain’s mental health issues, “how that loud, mechanicalized, industrialized era could snuff someone out who was a real hero to so many people across generations.”

Cumberbatch, who shot to fame around a decade ago as a grumpy, brilliant, emotionally disconnected Sherlock Holmes in the BBC series “Sherlock,” is no stranger to wildly idiosyncratic characters. He received an Oscar nomination for his portrayal of Turing; won a BAFTA award for the role of an abused, drug-addicted wealthy Englishman in the Showtime miniseries “Patrick Melrose”; has played Hamlet and Frankenstein onstage; and is currently Dr. Strange in the Marvel Cinematic Universe. (He is in the forthcoming Spider-Man: No Way Home.) 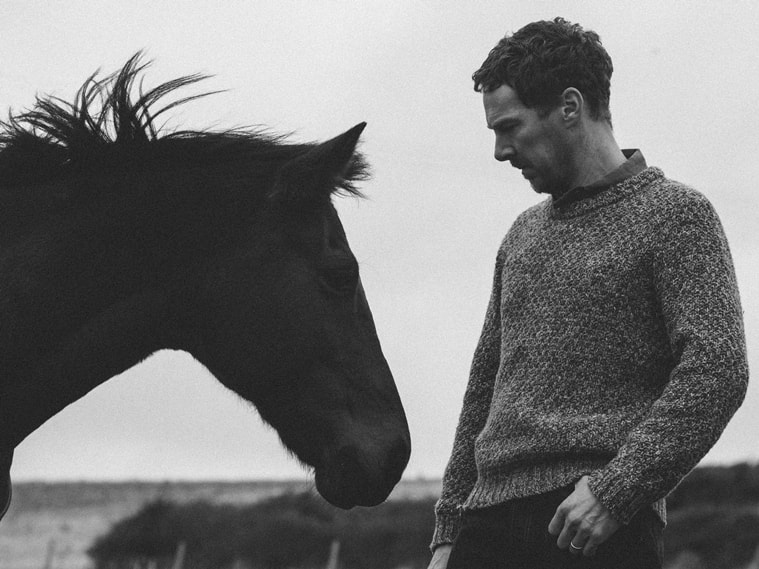 “I fit a lot of very boring brackets in my personal description,” said Cumberbatch, 45, who is married with children. “I am drawn to the otherness of these people, to the difference from my lived experience. I want to understand it from the inside, not go, ‘Oh, I know what that feels like.’”

Cumberbatch’s parents are actors, and he recounted the experience of being backstage when very young, watching his mother, Wanda Ventham, step onstage “and stop being my mum.” He was fascinated, he said, “that people were there in the darkness, listening to that storytelling.”

He acted through high school, “toyed with the idea of being a lawyer,” and studied drama at the University of Manchester, then acting at the London Academy of Music and Dramatic Art. His first six months of professional life were jobless and “a little bit desperate,” he said, but he slowly began to get small parts in theater, television and film. 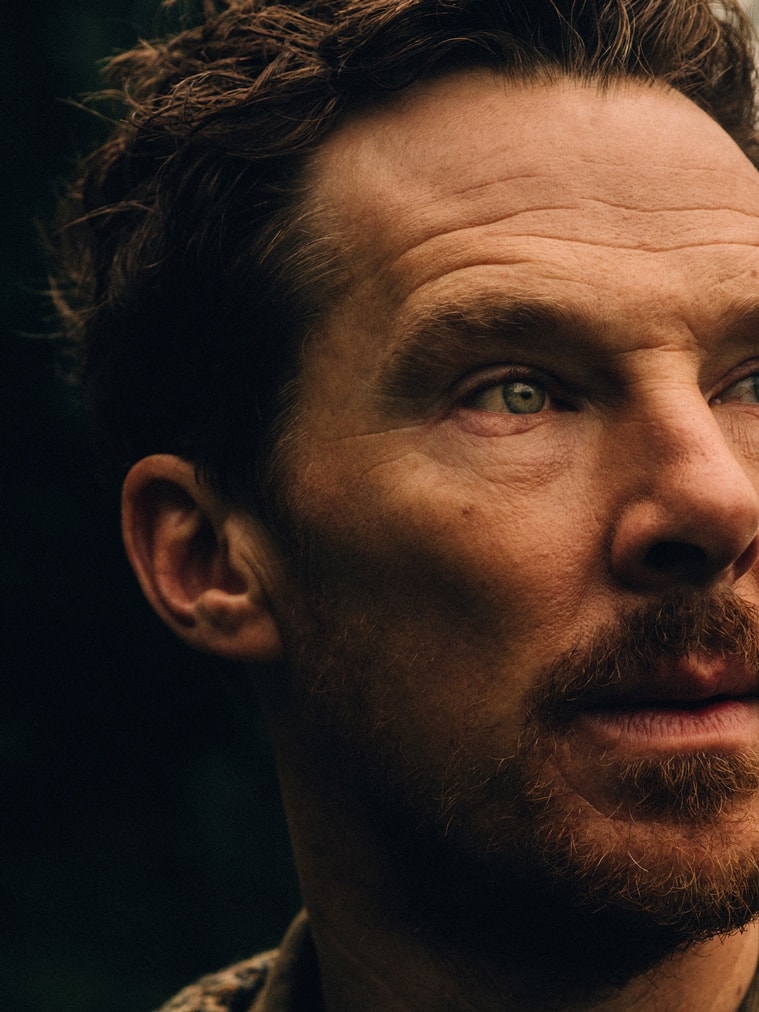 By 2010, when the first series of Sherlock was broadcast, Cumberbatch was a busy, established actor in Britain but hardly an international star. Then everything changed. “The fame thing was very acute afterwards,” he said. “For a while, it’s what I was known for, and I’m grateful for it. But did it overtake my life? Is that what I’m chiefly recognized for? I don’t think so anymore.” (Note to “Sherlock” devotees: Cumberbatch didn’t rule out future appearances in the role. “We never say never about doing it again.”)

Foy, who previously worked with Cumberbatch on a small indie film, “Wreckers,” before he was famous, said in a phone interview that Cumberbatch “is the epitome of an actor, very old school in the sense he is eccentric and quirky and dives straight in. He has a passion for acting, for craft and process, that not all actors have.”

For Power of the Dog, Campion recalled, “I told him, the problem is that you’re about as English as anyone can get. But we’re going to make you an American rancher in 1925.”

He spent several weeks on Montana ranches. “An amazing way of life opened up for me,” he said. He added, “Pretty much everything I do in the film, I learned to do.” He cataloged it: “braiding rope, working with the cattle, castrating — braiding rope while smoking a cigarette, incredibly difficult!” (He also learned the slow whistling with which Phil tortures Rose as she tries to practice the piano. “It was my idea,” Cumberbatch said. “I thought it would be really nasty, so in control.”)

Before the shoot, the cast spent two weeks rehearsing in New Zealand. “I did things like not washing for a week, getting up at all hours to tend to the animals, muck out stables, put together every part of the saddle,” he said. “I needed it to be like second nature.” Campion also gave the cast exercises to do in character. “We went on a ‘brother’ hike,” Plemons said, “first having discussions in character that Jane suggested, then creating our own history with one another.” In the film, the characters don’t talk to one another much, Plemons added. “There was so much story to tell through so few words that the way they behaved around each other was really important; every action mattered.”

Phil’s hard-bodied, striding, athletic physicality is as specific and pronounced as Louis Wain’s upright, jerky, head-scratching, drawing-with-two-hands presence. “What life experience has done to shape someone, how that plays on the body, is very important to me,” he said, adding that he had worked with choreographers on both films to hone those defining physical characteristics.

Early on, Cumberbatch said, he and Campion decided that he would stay in character while on set — even in their conversations between takes. “I wouldn’t try to gaslight her, but I would fully be him. Luckily, Jane seemed to like Phil quite a lot; they got on very well for the most part.”

He added, “I have always held on to being able to switch on and off as an actor.” But because Phil’s surroundings, experience and era were so different from his own, “it was incredibly helpful for me to occupy that space for the entire workday” so as to feel “grounded when you are in front of the camera.”

Dunst, who described Rose as a vulnerable, kind character, unable to withstand Phil’s jealousy and resentment when she marries George, said in a phone interview that she and Cumberbatch decided not to talk to each other on set. “I think because the character is so far from his personality, that was cathartic for him, it gave him permission to be angry,” she said. “He had to find that hatred for Rose, and I had to find my response to that.” On weekends, she added, they would go out for meals and “have a lovely, fun time, and he would always apologize. It was very English!”

What is extraordinary about the story, Cumberbatch said, “is that it still bears relevance. There are still angry, toxic masculine character traits writ large in world leaders of late, let alone other kinds of domestic abuse or abhorrent male behaviors.” It’s important, he added, that “we are getting to a place where women are being heard. But we should also be looking at men; why are men like this?”

The experience of working on The Power of the Dog was “intoxicating,” Cumberbatch added, showing a small shrine to the movie he had created on a shelf, with props, photographs and gifts from the crew. “I can’t tell you how rare it is to sit in your own audience and go, ‘gosh, that’s what I intended in a scene, in a performance, in an entire character arc.’”

He gestured to the shrine. “I am looking forward to the next shelf being filled up; that’s where I want to go as an artist.”