Post her exit from the reality show Bigg Boss 13, Shehnaaz Gill chatted exclusively with indianexpress.com about her journey. 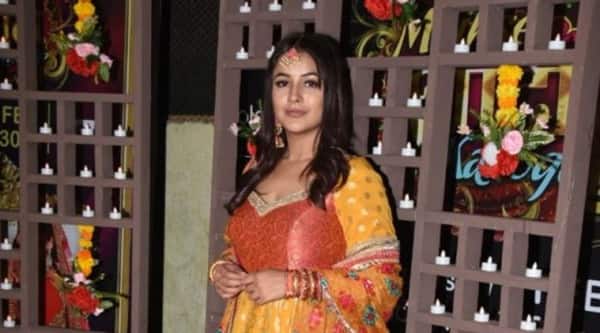 ‘Punjab ki Katrina Kaif’ Shehnaaz Gill ended her Bigg Boss 13 journey at the third spot. While her bestie Sidharth Shukla won the title, Asim Riaz was declared the first runner up. The actor-singer was a fan favourite, and even host Salman Khan accepted that she was the true entertainer of the season.

Post her exit from the reality show, Shehnaaz Gill chatted exclusively with indianexpress.com about her journey. She said, “I was fortunate to have had the chance to be on the show. I won everything when Bigg Boss told me that the season will be remembered for me. I don’t have words to express the emotions. I haven’t experienced so many media, photographs and interviews. It’s a totally new feeling.”

When asked if all of this makes her content or she still feels upset about not winning the trophy, the 26-year-old said, “Only one could win the show. Yes, I am a bit upset but winning the title is more important than the trophy. And I am proud that I could achieve that.”

Shehnaaz added, “This is the reality. This is me. I called myself Katrina in front of Salman sir, and it was gracious of him to accept that. He never made fun of the fact and encouraged me further. And this is why fans also related to the term. Katrina Kaif is one of my favourites, but now it’s time for the world to know Shehnaaz Gill.”

Through the course show, Gill was accused of being ‘fake’ and a ‘flipper’, someone who could never be loyal to one team. Clarifying her stand, the singer said, “A lot of people used the tactic to demotivate me. But I am a person who lives in the moment. I pick whoever and whatever I like in that moment. So all these talks did not affect me. Also, I feel it’s good to be a flipper. At least that way you will always support the right.”

Any conversation with Shehnaaz would be incomplete without SidNaaz- and her bonding with Sidharth Shukla. Speaking on the same, she said, “We are really close and it was a beautiful and pure relationship. I don’t know how it will be in the time to come. It could have been a matter of attraction inside the four walls of the house. Now that we both are in the real world, we will get to know what happens. Inside the show, things would change because of situations and other people around us. I don’t know if I can call it love, but Sidharth is definitely like family to me.”

Post Bigg Boss 13, Shehnaaz Gill will be seeking a matrimonial alliance through Mujhse Shaadi Karoge, a new show on Colors.