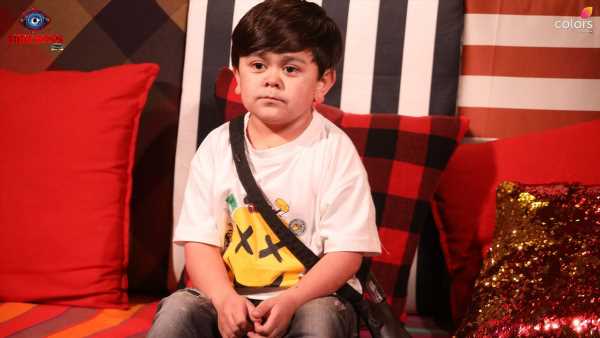 Rajasthani singer-performer Gori Nagori is in the danger zone this week and her chances of going home are pretty high as she’s competing with Archana Gautam and Priyanka Chahar Choudhary to stay in the Bigg Boss race.

Yes, Archana and Priyanka are also nominated this week, but both of them have been doing well in the BB house since the start unlike Gori who was missing from the action initially. She’s active in the game now, but it might just be too late for her.

Tuesday’s episode is all about the nomination task.

Captain Abdu Roziq is called into the confession room and Bigg Boss directly gives him the power to save four of his favourite housemates from the nominations.

Bigg Boss praises Abdu for being a good captain, adding that he is the first captain this season that everyone in the house IS happy with.

Once Abdu leaves the confession room, Bigg Boss announces that it’s time for the nomination task.

Sajid, Shiv, Stan and Nimrit don’t have to worry as they are safe this week. Hearing this, Shiv and Nimrit run to hug Abdu. 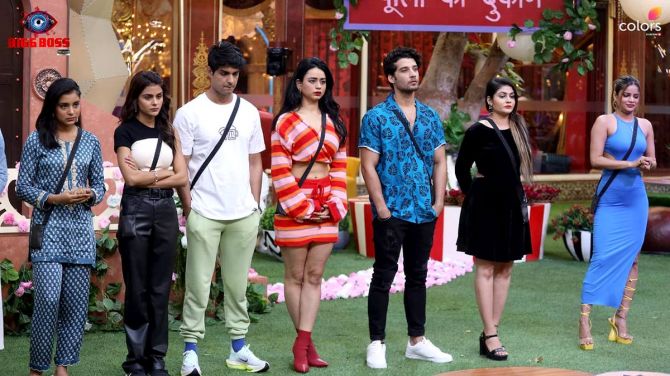 The contestants gather in the garden area as Bigg Boss explains them the nomination.

Every time the buzzer goes off, three housemates will be asked to take centre stage and the rest will have to collect roses for them in order to save them.

The one with the least number of roses will directly get nominated.

The task begins with Gori, Archana Gautam and Shalin Bhanot going together on stage.

Since Shiv and Nimrit are already safe, they are given the rose baskets. Gori, Archana and Shalin have to debate and reveal they deserve to stay in the game.

Archana says she’s the queen of the house and gives the most content whereas Shalin points out that he is always involved in the tasks and gives his best to win.

He adds that he is a good friend and quite in the house as well. Gori says she doesn’t create a ruckus for no reason like Archana and takes her own stand when its needed.

In the end, Gori receives the least number of roses and gets nominated. Archana and Shalin are declared safe.

Gori is upset and Stan talks to her to make her feel good.

Next, Tina is called on stage along with Sumbul and Gautam.

This time Stan and Abdu have the rose baskets. Once again, the unsafe contestants start collecting roses for the three housemates on stage.

Surprisingly, Priyanka gives all her roses to Tina whereas Soundarya, Archana and Ankit help Gautam.

Sumbul gets only one rose from Shalin and eventually ends up getting nominated. 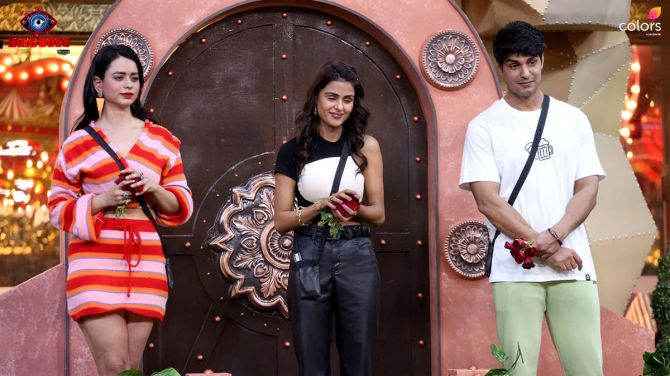 In the last nomination round, the fight is between Soundarya, Priyanka and Ankit. Abdu and Sajid have the rose baskets.

The task begins and Tina collects roses for Priyanka whereas Gautam does it for Soundarya. Sumbul gives roses to Ankit.

Priyanka is shocked as Archana doesn’t support her in the task and instead gives all her roses to Soundarya.

Ms Choudhary is upset as she was the one who gave maximum roses to Archana.

The task ends with Priyanka getting the least number of roses and getting nominated.

Bigg Boss announces that Gori, Sumbul and Priyanka are in the bottom lot this week. The rest are safe.

She is so angry that she lashes out at Archana who is unfazed by all the comments.

Archana asks Priyanka why is she worried about eliminations as she’s confident about going ahead in the game anyway. 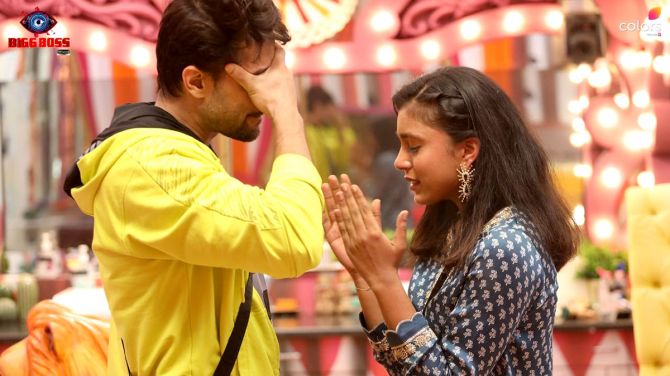 After the task, Sumbul and Shalin get into an ugly fight.

Sumbul is angry as Shalin gave her only one rose, that too after Abdu asked him to.

Sumbul says she’s done with their friendship as Shalin always chooses Tina over her despite the fact that they share much a better equation.

Shalin also says unpleasant things to Sumbul, who breaks down.

This time she doesn’t patch up with Shalin even though he tries. Sumbul makes it clear that she can’t stand someone who speaks so disrespectfully.

Tina and Nimrit hear their entire fight, but don’t intervene.

Later, Tina gets offended when Shalin says Soundarya is much better than her as a friend.

She walks away saying Shalin is an absolute fake.

Tina confides in Nimrit that she’s done with Shalin as he wants to be good with both her and Sumbul which is just for the game.

Tina and Sumbul are finally seeing Shalin for who he is and it’s better they stay away from him in the house and outside as well.

Archana doesn’t need friends at the moment, but going forward she will and taking a panga with Priyanka may then backfire.

Sajid, Shiv and Stan need to stop bitching about Gori because she clearly doesn’t care and is enjoying her time in the house the way she wants.

Nimrit started off as a strong contestant, but she now looks weak and more like a chugal khor (tattle-tale) aunty. 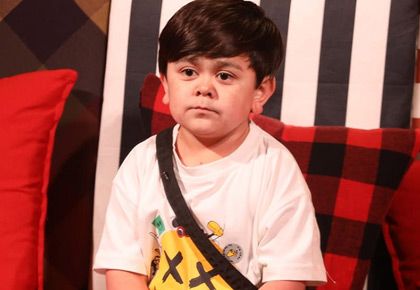