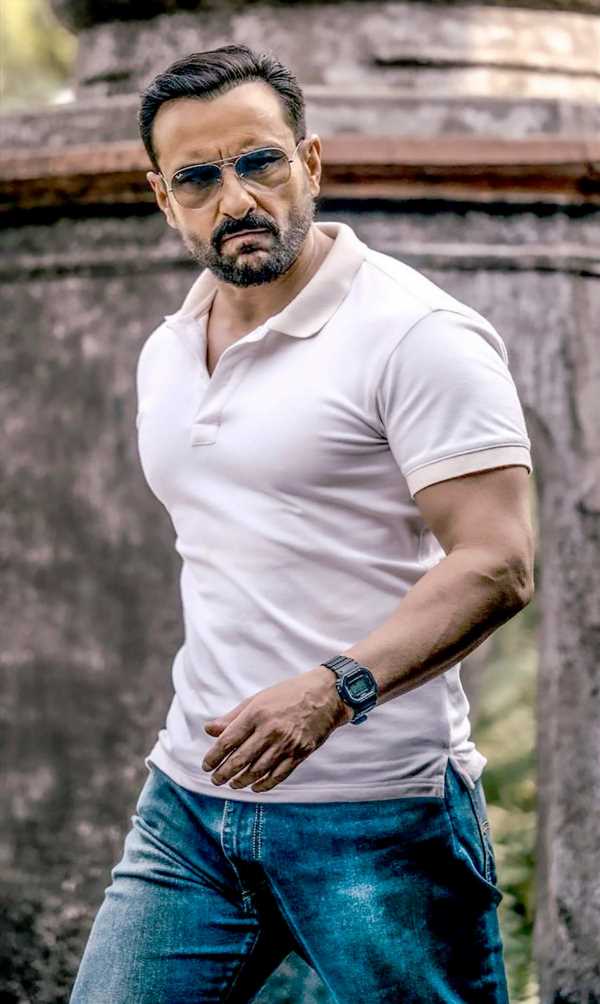 ‘It’s so easy to get a little typecast and also the kinds of emotions you are dealing with become a little similar.’

Saif, 52, who is set to complete 30 years in films, is enjoying the current phase in his career, but his hunger for better and bigger roles still remains the same.

He tells Rediff.com Contributor Mohnish Singh, “I am suddenly thinking maybe I could do a little more in terms of various and different aspects of being an actor and a star.”

What kind of response have you been receiving for your performance in Vikram Vedha?

Really nice reactions from across the board.

I kept a trial where a lot of different people saw the film. Everyone liked it and appreciated it.

It’s quite unanimous. Normally we get mixed reviews, but this time it felt like everyone liked it, which is, touch wood, great. 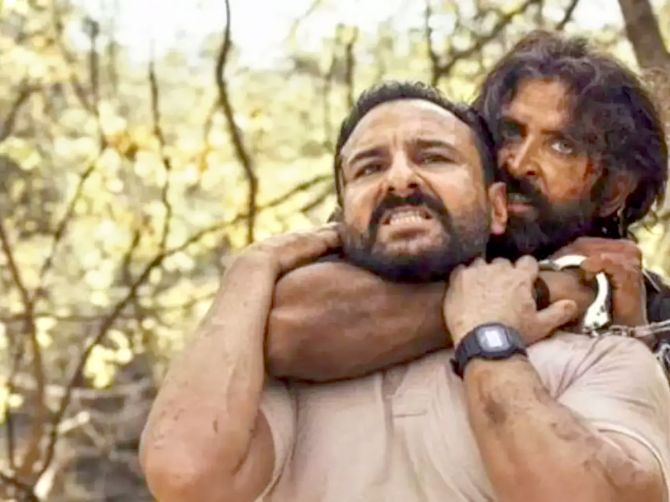 What’s the level of your confidence after receiving glowing reviews for your performance?

I like to feel proud of the fact that sometimes, even if you are not feeling confident, it’s not based on the success of the movie.

Sometimes you have to be confident when you go to work, even if you have not been successful sometimes.

A lot has happened to me, but it feels great to be able to be confident about knowing your job and delivering it, and, of course, if a film does well like this, you get praise like this, everything feels good. You feel good.

Ultimately, that’s why we are doing it. So yeah, it feels great.

It was a very interesting subject.

It started with Ab Tak Chappanand these kinds of characters were being introduced.

They are cops and encounter specialists, and their morality is questionable. This film examines that aspect nicely.

The arch of the character, where the journey of a character begins at a point, and then at the end, there is a complete shift.

And the climax scene where my character says that ‘Woh lakeer kahan hai jo hume…’ because the whole film is about that line.

So that’s one of my favourite scenes.

Ultimately, cops are humans, too, so this is a human drama.

The kinds of problems that a policeman faces, must have been like that.

For instance, he might have come with a different ideology, but the reality is completely different.

So it’s a lovely story about the thoughts and philosophy of a cop in a way. How do you look at this phase in your career?

I think interaction is important when you work with other people.

Like I worked with Shah Rukh Khan and it kind of changed how I thought.

Then I worked with Hrithik Roshan, and it kind of reminded me a little bit about the business and how we should approach it.

If you leave me alone, I am a bit lazy and I kind of just love it.

I go to work and come back and make pizza. Life’s great.

And now I am suddenly thinking maybe I could do a little more in terms of various and different aspects of being an actor and a star.

It’s a good phase. I think of myself as an actor.

I love the fact that I could do Tanhaji: The Unsung Warrior. It was great.

In my mind, when I see the visuals of the movie and I see Vikram standing there with that white T-shirt and the gun in his hand, the rain or whatever visual, is very different from the visuals of Tanhaji or the visuals of Sacred Games, for that matter.

So that’s what I think I tried to do subconsciously. Really.

Hopefully, the audience and the industry will support me with that.

We support each other with that thought, and I get to do more of that. That’s how I see my career. 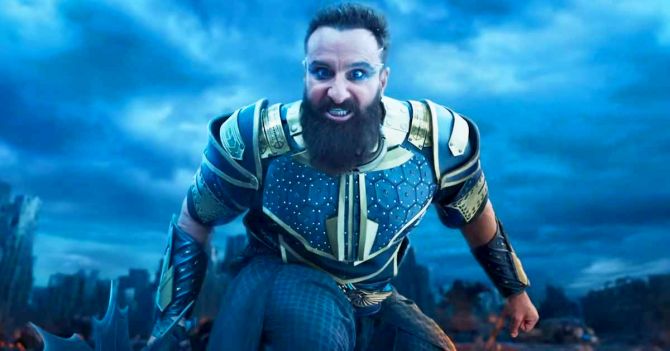 Be it Tanhaji, Vikram Vedha or the coming Adipurush, the underlying theme is good versus evil. When you were approached for Vikram Vedha, did you think they might have approached you for the darker shade of the character that is Vedha?

I don’t know. My manager Afsar said to me, ‘There is this movie, and this is what they are talking about. You must see it (the Tamil original) and it’s a cop role for you.’

I never really thought about whether it was the other guy or whatever. It never entered my mind.

Was it a respite?

It was a respite and it was really nice.

It’s so easy to get a little typecast and also the kinds of emotions you are dealing with become a little similar.

And I think by the end of Adipurush, I was also a bit, you know, just growling all the time.

I just thought ‘Okay, this is great’ because you tap into a different part of you.

Even though Vikram’s got his darker moments also. He is not an angel by any means. 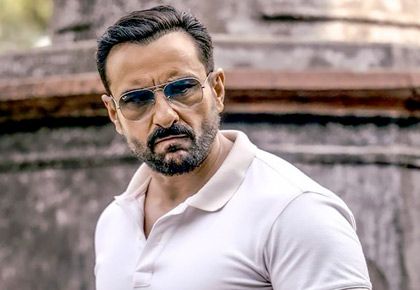