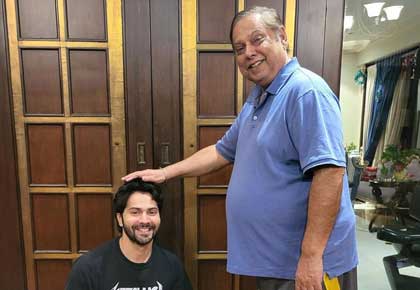 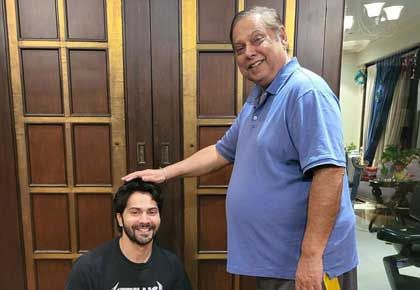 David Dhawan was hospitalised earlier this week for health issues. He is now recovering rapidly at home.

When Subhash K Jha spoke to him, David was cheerful.

“By the grace of God I am home and I am fine,” says David.

This is not the first time David had a health scare. David had collapsed at Bunty Walia’s wedding reception in December 2012.

Most of the invitees, one is told, seemed “too shocked to react” to his collapse.

But Apoorva Lakhia and Kunal Kohli rushed to save David from a potentially tricky health situation.

David’s wife Karuna didn’t even know who Lakhia was. Lakhia picked up David, put him in his car, then raced across a one-way street on his feet to let the driver go the wrong way to reach the Lilavati hospital in Bandra, north west Mumbai, fast.

David’s elder son Rohit was in Bali with his wife. Varun was in Bangkok shooting an ad with Alia Bhatt when this incident happened.

Varun took charge of his father’s physical fitness after this incident, controlling his diet and making sure David goes for his morning walks.

Luckily this time, when David had a health setback Varun was with his father.

The movie star cancelled his promotional activities for JugJugg Jeeyo for a few days to be with his father.