Coronation Street‘s Sean Tully is finally going to be saved from being homeless, but not before he hits his lowest point yet.

Next week, Sean – played by Antony Cotton – will be sacked by new Rovers bosses Johnny and Jenny Connor after he’s caught sneaking out a freebie to Frank, one of his homeless friends – and he’s soon begging on the streets in order to get cash.

But actor Cotton has now revealed that Sean’s struggles will be over before long after he opens up to vicar Billy Mayhew (Daniel Brocklebank). 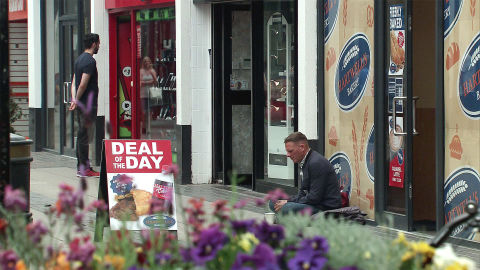 Billy spots Sean at a food van for the homeless, and when Sean’s friend Carol is attacked, Billy assists in taking Carol to the hospital as Sean breaks down about his sad circumstances.

“He thinks, ‘I got myself into this situation and I’ll get myself out of it’. It’s all about pride – which is why he ended up homeless in the first place.

“But being homeless is such an enormous beast of a problem, so he does get to a point where he accepts that he needs help. He returns to the Street and says to Billy, ‘I can’t do this on my own’.” 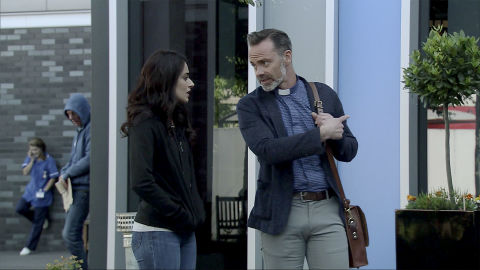 Cotton went on to say that Billy then offers Sean a place to stay, and it’s not long before Sean gets his old factory job back.

“Sean is a very positive person – he doesn’t have a single enemy on the street,” he said. “So once something positive happens, he grabs onto that and goes with it.

“In my mind, he’ll now do everything he can to get right back into the heart of the community. He’ll want to be back behind that Rover’s bar – bigger, bolder and better than ever.”

Coronation Street airs on Mondays, Wednesdays and Fridays at 7.30pm and 8.30pm on ITV.