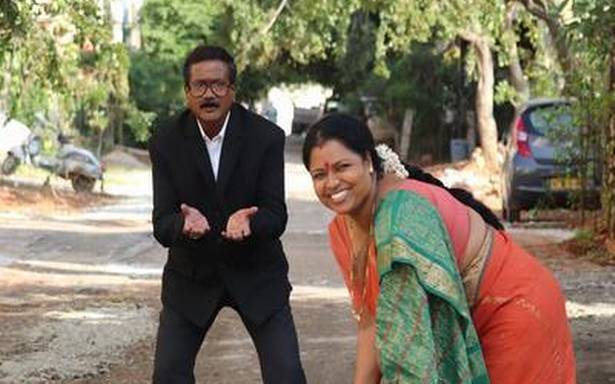 The film, directed by Kumaar, talks about the disasters of gambling

Kumaar conquered hearts with Chemistry of Kariyappa. He said the film was based on true life incidents. Kumaar’s next film, Critical Keertanegalu, is based on IPL betting.

Kumaar released the trailer and the video went viral. “We got almost 8 lakh views in three days,” Kumaar said. “Research shows that during every IPL match, at least 200 people commit suicide due to betting. Almost 70% youngsters are also said to be drawn towards IPL betting. People in the age group of 15 to 50 are most effected.”

The director says, “For our generation, cricket was a sport and an entertainment. Today it has become a business.”

Most of the film is based on true events that occured in Bengaluru, Belgaum, Kundapura and Mandya. He took inspiration from his friend who lost his entire savings in betting on IPL matches. News reports also provided inspiration. “The film covers aspects of childhood, romance, a bachelor’s struggles and familial ties. Though the film is humorous, emotions play a dominant role here. The film will make you think long after you leave the theatre.”

Saying that betting has destroyed families and lives, Kumaar says there are those who look at it as a means of earning a quick buck. “It gets addictive, because you always feel your luck will change the next time. The irony is that the entire game is staged and unfortunately the nation is crazy about it.”

Kumaar plans to release the film, that he and his friends have produced in theatres later this month. “Though cricket is central to the film, there will be no match shown in the film. The story is created in such a way to build hype without actually showing a match. It was a challenge.”

The film, Kumaar says, will have no hero, heroine or villain. “Content is the protagonist here. We have a powerful story to tell, doused in humour and a hard hitting message. I use comedy, because there is so much pain in life. Each one has his/her own struggles. So why make them cry when they come to watch a film too? ”

Suchendra Prasad plays a judge here too just like he did in and Tabla Nani plays a lawyer. The film was shot in Mangaluru, Belagavi, Mandya and Bengaluru.