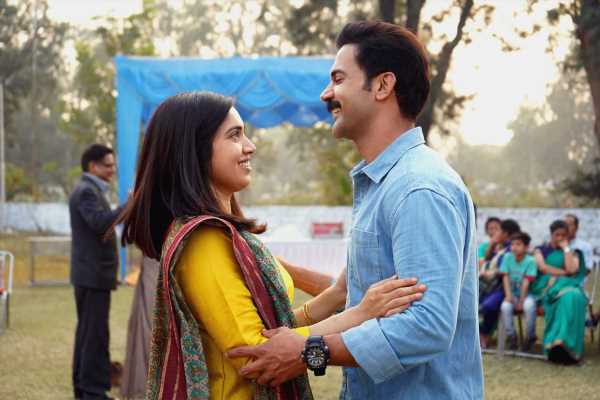 The film industry slowly recovered from the pandemic but faced other challenges in 2022.

Still, it was not a stretch to pick 10 films for the customary year-ender, particularly when OTT comes into play too.

The best films are not necessarily the most successful — that would be another list altogether — although sometimes quality and commerce do converge.

Again, the best films are not always great but the best of the released lot.

This list includes just Hindi films — that is, films made in the language, not dubbed — otherwise, films from the southern languages would take over at least half of it.

Deepa Gahlot gives us her Top 10 movies, in order of date of release.

In Harshvardhan Kulkarni’s film, the marriage of convenience between a gay cop (Rajkummar Rao) and lesbian PE teacher (Bhumi Pednekar) starts lightheartedly, and then slowly gets the characters to confront their fears and make their own families and those watching the film, face their prejudices, and perhaps, overcome them.

This film must have done for the LGBTQ cause as much, if not more, than a dozen marches, using humour as the sugar-coating. 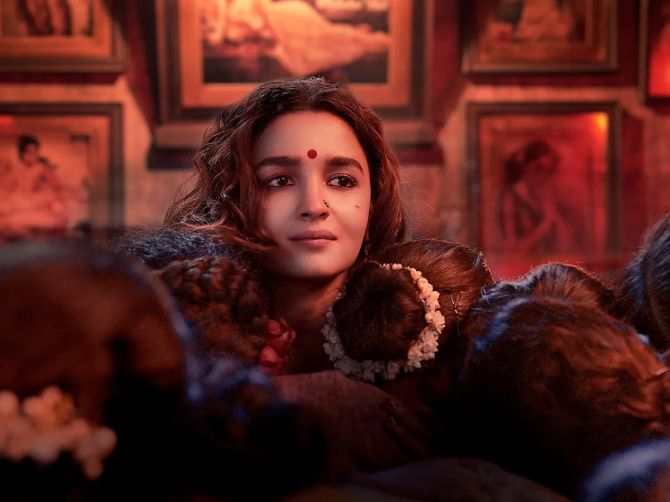 If it is a Sanjay Leela Bhansali film, it will combine extravagant, excessive even, design with large-than-life emotions and superbly picturised songs.

The film tells the story of a young woman (Alia Bhatt) sold into prostitution in Mumbai’s Kamathipura but who fought her circumstances to become a leader and spokesperson for her tribe.

Based on a chapter from S Hussain Zaidi’s book Mafia Queens Of Mumbai, the film has a fabulous star turn by Alia Bhatt and a scene-stealing performance by Ajay Devgn as a don and protector of Gangubai. 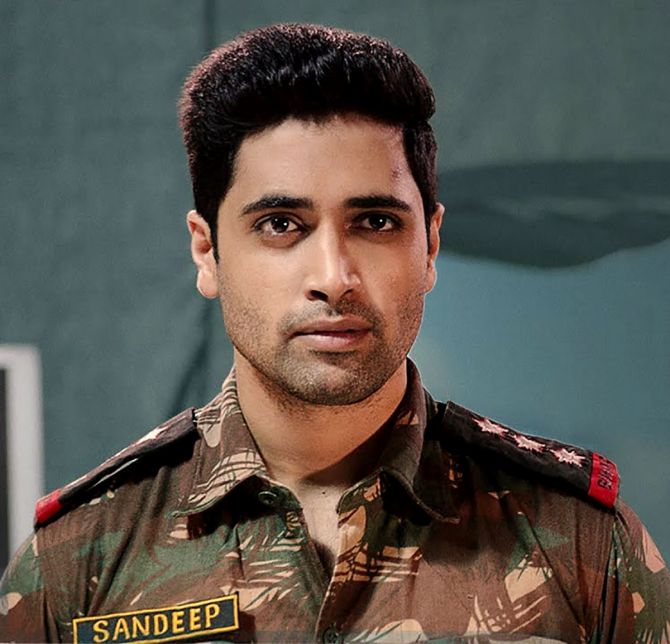 A film straight out of Mumbai’s nightmares, Major focuses on the carnage at the Taj Mahal hotel as commandos fought the well-armed and better prepared terrorists laying siege to one of Mumbai’s landmarks in November 2008.

Sashi Kiran Tikka’s film pays tribute to Major Sandeep Unnikrishnan (played by Adivi Sesh), who was martyred while trying to save the lives of hotel guests and his own men, for which he was posthumously awarded the Ashok Chakra.

The film captured, in a straightforward manner, a chapter of contemporary history that needed to be recorded in cinema because television images fade from memory. 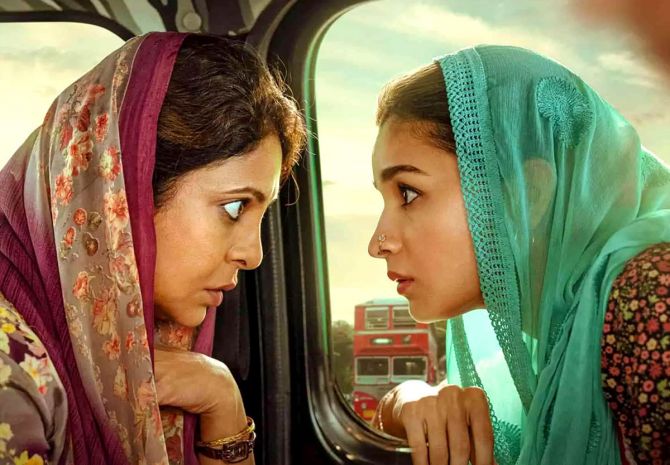 Jasmeet K Reen’s dark and funny film has the redoubtable team of Alia Bhatt and Shefali Shah as daughter and mother, who want to teach a lesson to the younger woman’s abusive husband (Vijay Varma).

Their plan to make him experience what he put his wife through spirals out of control, and it takes all their courage and survival instincts to dodge the cops.

Not many films have managed to talk about domestic violence without resorting to melodrama.

Darlings also gives a fresh twist to the role of the mother, who, in most traditional societies, would tell her daughter to adjust, and save her marriage. This one first tells her not to take crap in the name of love, and then becomes her partner in crime. 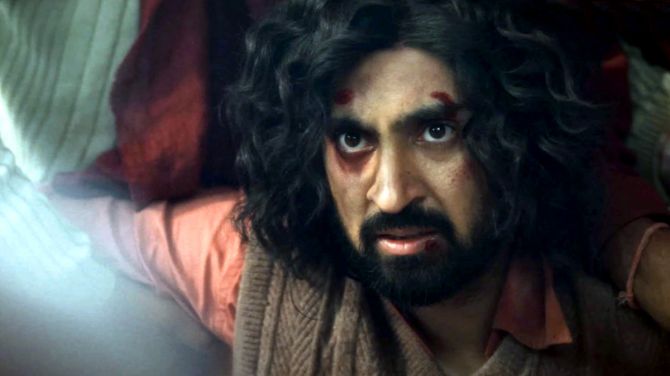 Ali Abbas Zafar’s film is about the heroism of ordinary people thrown into uncontrollable situations.

Set in Delhi during the genocide of Sikhs following the assassination of then prime minister Indira Gandhi, it is about Joginder (Diljit Dosanjh), who loses his brother to rioting mobs.

He, along with his friends, a cop (Mohammad Zeeshan Ayyub) and transport company owner (Paresh Pahuja), take great risks to transport a group of Sikhs across the border into Punjab.

It is a heart-wrenching story, handled with simplicity and sensitivity, reminding people that it takes the bravery and goodness of a few to stand up to the power of evil. A message that cannot be empasised enough. 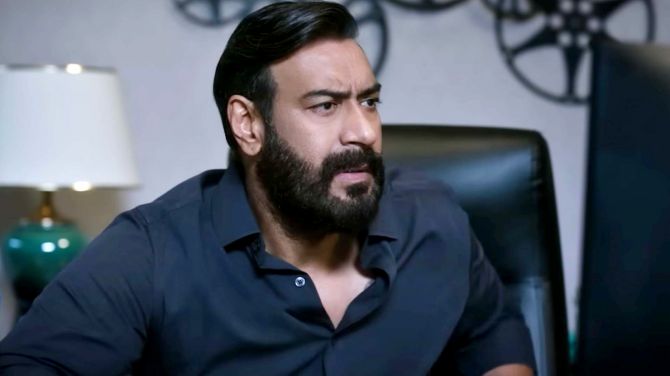 Abhishek Pathak’s Hindi version of the Malayalam original keeps up the tension and suspense of the first film (an adaptation of Keigo Higashino’s novel The Devotion of Suspect X) and the sequel, in which Vijay Salgaonkar (Ajay Devgn) pulls off the perfect cover-up of a murder by his daughter. She had killed the creepy son of a cop (Tabu) resisting rape, and her father goes to great lengths to protect his family.

In the sequel, a new police officer (Akshaye Khanna) matches wits with the canny Salgaonkar.

There is suspense and a controlled pace that keeps the viewer hooked. Very few sequels match the original, and full credit to the Malayalam writer-director Jeethu Joseph, who provided the template for Pathak to follow and improve upon, with Ajay Devgn’s performance pushing it up the box office hill. 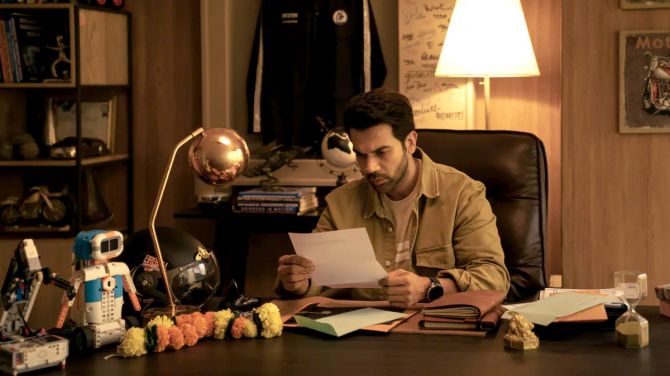 Vasan Bala’s homage to noir films of the past is about a scheming woman (Huma Qureshi) who blackmails three men, including a robotics engineer (Rajkummar Rao), and a murder plot gone wrong.

In this twisty-turny crime comedy, everyone exists in an amoral universe of greed, betrayal and deceit.

Based on Japanese writer Keigo Higashino’s novel Burutasi No Shinzou (Heart Of Brutus), it has been suitably Indianised, and made into a fun puzzle for film aficionados.

It does better than Phone Bhoot, the other film lovers’ movie of this year. 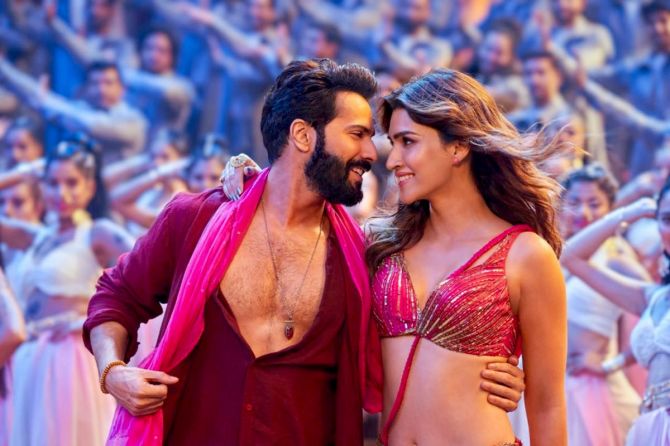 Amar Kaushik’s creature comedy makes a case for saving the environment, the message wrapped in a horror trope about a road building contractor (Varun Dhawan), who is bitten by a wolf while travelling in the forests of Arunachal Pradesh, and who then turns into a werewolf.

Urban developers think nothing of destroying forests and wildlife in the name of development, but sometimes, nature bites back, as Bhaskar and his friends eventually discover.

Many film-makers borrow elements from foreign films, and everybody who can afford computer-generated effects does it. Bhediya works because it keeps its ambition modest and achieves it. 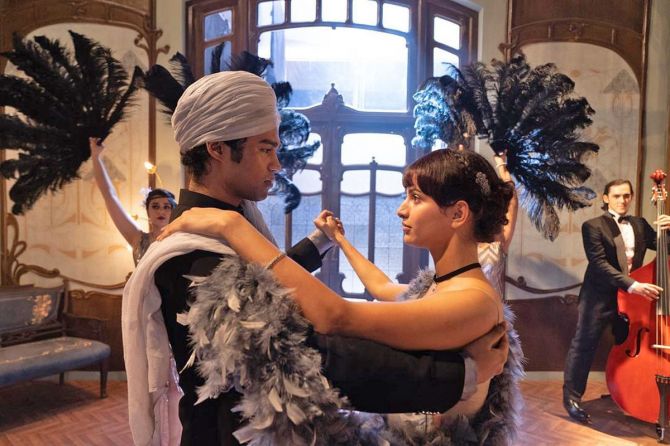 Anvita Dutta’s period drama, beautifully shot with excellent music, tells the story of Qala (Triptii Dimri), who fights all odds, including her mother’s (Swastika Mukherjee) contempt, to make a successful career as a playback singer.

At the peak of her career, she is felled by guilt for what she did to destroy a talented rival (Babil Khan), who her mother was promoting over her.

The film is stunning to look at, and combines real characters and incidents with creative imagination, to make its point about the exploitation of women in the movie business.

The only downer is the disappointing fate of the heroine; at least in fiction, women should be allowed to win. 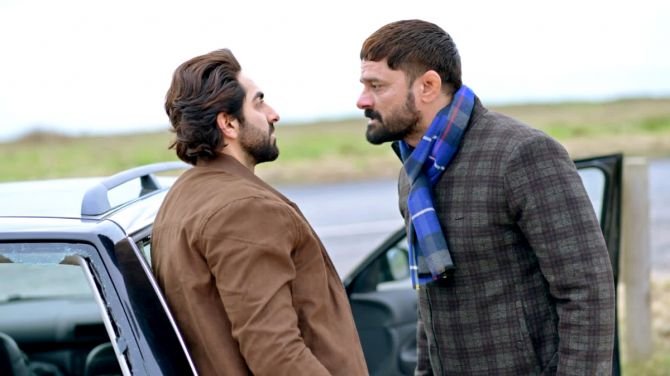 Anirudh Iyer’s film has Ayushmaan Khurrana playing a macho hero, in a role quite different from the realistic small town movies that he has come to specialise in.

The action star accidentally kills a man, whose brother (Jaideep Ahlawat) then pursues him with a vengeance.

A satire on movies, stardom, the sensation-building media, the film is clever, audacious and unpredictable, all of which helps paper over the flaws. 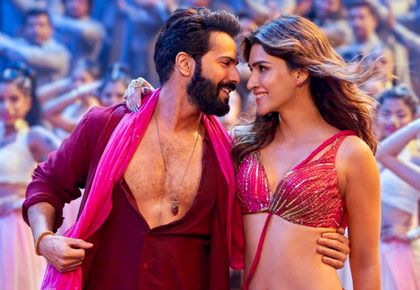