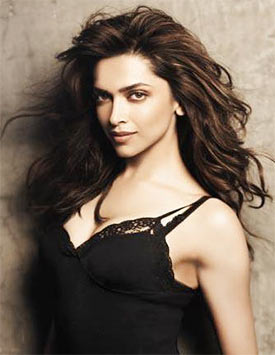 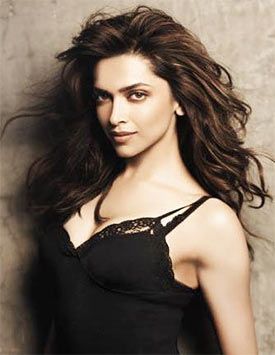 ‘Actors are the least confident people. I feel awkward when I go to parties and meet people. It’s getting better but I am still not as confident as I’d like to be.’

Deepika Padukone shares a fabulous relationship with her Finding Fanny director Homi Adajania. She even tells us that he’s the ‘number one director’ on her list.

As we settle down for an interview, the actress calls out to Homi, who was in the same room, and insists that he sit with her while she talks to the media.

As Deepika talks about herself, Sonil Dedhia/ Rediff.com listens in.

Last year was very good for you. Is there pressure to deliver hits with each of your films?

No, absolutely not. Last year was really special for me and I don’t expect every year to be like that.

Having said that, Finding Fanny is already a success for me.

We had some screenings for people from the film industry and we got some great reactions, better than we expected.

Not all films are successful just because they do well at the box office. For me, the sign of a successful film is one that has repeat value and Finding Fanny is that film.

You had also invited Amitabh Bachchan for the screening.

I am glad that Amitji took out time to come and watch the film. I was sitting next to him during the screening and he thoroughly enjoyed the film.

Afterwards he came up to me and Arjun (Kapoor), patted our backs, and said, ‘This is the kind of film that I would like to do and I really have to learn from you all.’ It’s such a lovely and encouraging gesture.

After achieving such success, are you more confident about yourself and your work?

Actors are the least confident people. People see our work on the big screen and we come and interact with them and so they feel that we are socially active and very confident. But that isn’t the case.

I feel awkward when I go to parties and meet people.

It’s getting better but I am still not as confident as I’d like to be.

Are you afraid of losing your stardom?

No, not at all. I know my stardom isn’t going to be for all my life.

I am secure about my work but I don’t expect to be a star all my life. It’s practically impossible and if anyone thinks like that, they are delusional.

Are you critical about your work?

It’s very rare that I am happy with my work. I rarely appreciate myself. I think it’s a good thing to be critical as it helps me perform better.

Finding Fanny has some great actors like Naseeruddin Shah, Pankaj Kapur and Dimple Kapadia. Were you apprehensive that your performance might be overshadowed?

A film like Finding Fanny, or my upcoming film Happy New Year, needs more than two characters to tell the story.

The entire cast of Finding Fanny was comfortable with the characters that were given and we were not insecure about anyone else’s role.

Homi (Adajania) has cast five of us for the actors that we are and not for the star value that we bring. 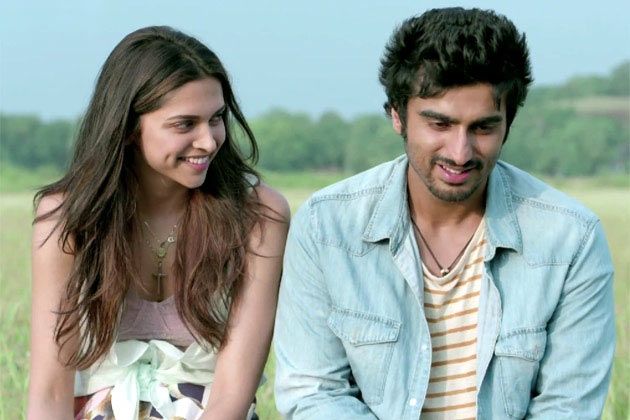 Was it difficult to say the dialogues in English?

It was a little difficult because the sensibilities of the language are slightly different.

The film is originally in English and we were scared that the jokes might not be funny and have the same impact when we dub it in Hindi, but surprisingly it worked.

Cinema is a universal language. Even if this film was made in German or French, it would have worked because of its content.

Homi Adajania said in an interview that he loves to work with you because he doesn’t need to give you any instructions. Do you get along with him?

He is the number one director on my list. At a time when no one else trusted me, Homi showed faith in me and cast me in Cocktail.

I like to believe that we are on the same page as far as telling stories is concerned. Our sensibilities match.

I have immense trust in him. If he tells me to jump off a building, I’d do that also.

How difficult is it to market a film like Finding Fanny compared to Happy New Year?

It’s interesting you ask that because a film like Happy New Year is more palatable to the audiences’ sensibilities and it does not need too much promotion because it comes with that kind of star value.

For Finding Fanny, we have to go out and educate the audience that this is also an entertaining film.

Tell us about your experience of working with Dimple Kapadia.

She is one of my most favourite people. We connected well when we were shooting for Cocktail.

I was doing up my new house then. She loves interior designing. When she had a day off, we went out shopping. She had selected some carpets, cushion covers and paintings, and showed them to me. She had already paid for everything. She then took me for lunch where we discussed each other’s life history.

I think we connected beautifully as two women. We keep on talking and chatting with each other. She is an extremely strong woman and I really admire her.

You are working with Homi Adajania and Farah Khan for the second time. What changes do you see in them?

The gap between the two films (Cocktail and Finding Fanny) is not big so there isn’t a huge change in Homi.

Om Shanti Om released seven years back. Farah gave me the best launching pad ever. I was new and she had to prompt me, and literally spoon-feed me.

Today she trusts me a lot. She knows that I have understood the craft better and I am much more comfortable working in a film.

What has not changed is that she is still protective and caring about me because I was the only female actor on the sets.

Are you excited about the world tour with the cast of Happy New Year to promote the film?

I have never been on a world tour so I am really tense about it.

We have just started the rehearsals and we are leaving next week.

I am sure it’s going to be exciting to get that adrenaline rush and perform in front of a huge crowd.