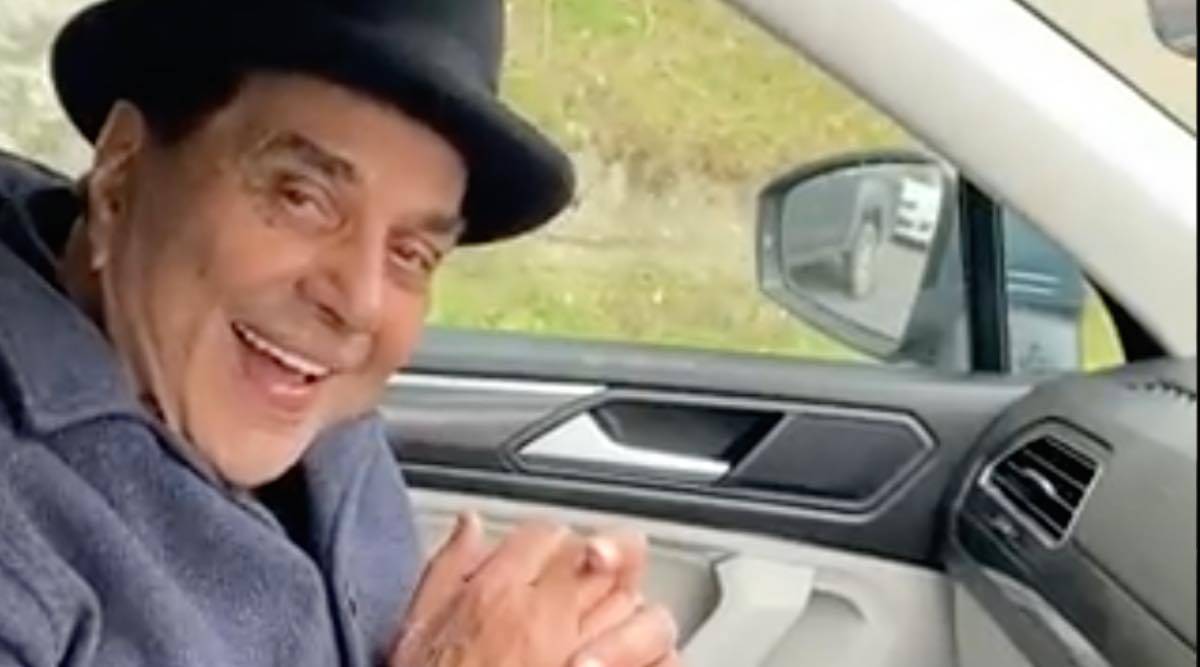 Dharmendra shared a video where he is singing the song Chhalkaye Jam from his film Mere Hamdam Mere Dost, as requested by Sunny Deol. Actor Dharmendra treated fans to a video where he is seen lip-syncing to the song Chhalkaye Jam from his film Mere Hamdam Mere Dost. The song was originally sung by Mohammad Rafi. In his post, Dharmendra mentioned that his son, actor Sunny Deol had requested him to sing it.

Dharmendra posted the video and wrote, “This song was on in Sunny’s car . Suddenly, Sunny said papa please sing this lovely song for me . ……..I couldn’t say no…. Hope you like it ……” Dharmendra sings with appropriate gestures as he enjoys the song in the car.

Just a while ago, Salman Khan and Ranveer Singh had expressed their love for Dharmendra, something that left the veteran actor emotional. “Actually, I have always followed Dharamji. He has this innocence on his face. He is the most beautiful looking man with that vulnerability or manly body,” Salman said in a video, in response to which Ranveer called Dharmendra “Macho man”.

The romantic comedy is scheduled to hit screens early next year. He also has Apne 2 in the pipeline.