Having spent the last few years fronting Episodes – a series about a disastrous US remake of a British series – Stephen Mangan is about to appear in a British remake of a US series.

But don’t worry, he’s aware of the irony.

Channel 4’s Hang Ups is, Mangan says, “very loosely” based on the series Web Therapy, which starred Lisa Kudrow as an online therapist.

“I was asked if I was interested in remaking it for the UK… and I wasn’t,” Mangan admitted. 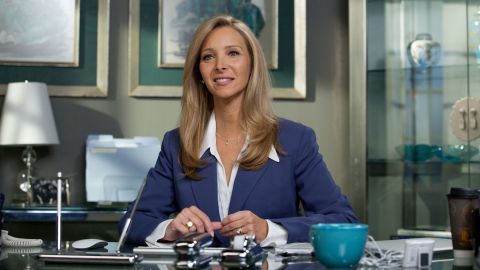 Above: Lisa Kudrow in the original Web Therapy

“Because, with a few notable exceptions, shows that are made in one country and then remade in another country – for commercial reasons – don’t normally work. I’ve just spent the last seven years in a show called Episodes which is about exactly this scenario.

“But then watching it [Web Therapy] and thinking about it, we realised that the central premise is a really good one, so we took that central premise and made an entirely different show.”

Hang Ups casts Mangan as Richard Pitt, who dishes out advice to his patients while his own life is in tatters around him. “His job is to be empathetic, and to listen, and to be honest with clients, and he’s someone who can’t seem to do that in his private life.

“This is very far from the show they did in the States. Not to diss that – it was a very good show and very successful.” 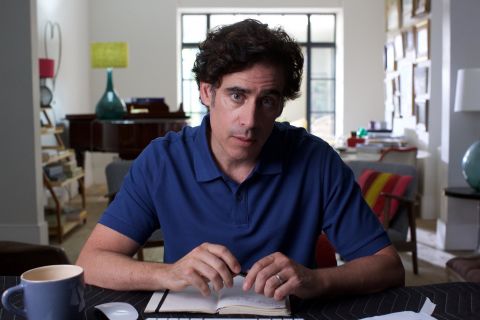 The majority of Hang Ups was shot on fixed cameras, with two actors improvising a scene – mostly unrehearsed and with very little scripted dialogue. The process meant that hours and hours of material had to be cut down into six 23-minute episodes, with whole sub-plots ending up on the cutting room floor.

The production process did mean, however, that the entire series was able to be shot in 23 days, helping Hang Ups to attract some top-tier talent to play Pitt’s patients: David Tennant, Charles Dance, Richard E Grant, Sarah Hadland, David Bradley and many more pop up in guest appearances. 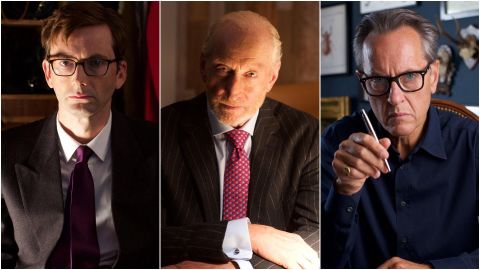