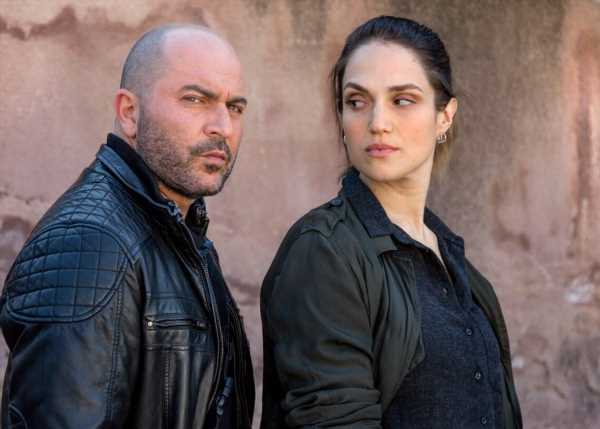 In terms of plot, Season 4 matches Season 1. It is grim, fast-paced and engaging, recommends Deepa Gahlot.

Fauda (Chaos) must be the most popular export from Israel after Homeland.

This spy thriller looks and sounds authentic because its creators Lior Raz and Avi Issacharoff were in the Israel Defense Forces themselves and worked undercover too.

The action-drama just got better — if also more complicated — in the next two seasons.

Season 4 starts with a terrific action sequence, in which the Israeli forces have tracked in the West Bank camp at Jenin, a team that supplies funds to the Palestinian Hezbollah, and captured one of them.

Lead actor Doron Kavillio (Lior Raz), the fierce and watchful-looking man, is dragged back into the field, like he was in the first season, by Captain Ayub or Gabi (Itzik Cohen). Gabi takes him to Brussels as his bodyguard when he goes to pacify an asset, Omar (Amir Boutrous), who is getting cold feet.

Gabi has been treating Omar like a son, which irritates Doron.

When he is first seen on screen, some horse thieves make the mistake of calling him ‘grandpa’ and get their ribs smashed.

Doron may be off the unit, but he has not lost his touch.

In Brussels, Gabi makes the mistake of ignoring Doron’s words of caution and ends up getting kidnapped and tortured by Omar to give up the names of his other assets. Omar’s father had, in the past, collaborated with the Israelis, and Omar wants to wash off that ‘traitor’ stain by going against his mentor.

Doron throws a tantrum when the Belgian cops drag their feet and demands they call the old unit.

They are eventually sent to Brussels by the boss Dana (Meirav Shirom) to search for Gabi, aware how difficult it is to find someone being held in a civilian area of a city they do not know, ‘without the freedom to work normally.’

The local authorities are hesitant to go into a mosque and interrogate the Imam, but the Israelis have no compunctions.

It’s the first time the Israel Defense Forces unit — Steve, Eli, Nurit, Sagi and all — goes abroad to Belgium, though the actual shooting took place in Budapest, shifted at the last minute from Kyiv, Ukraine, when the Russians attacked.

The Hungarian location is beautiful too, and serves the purpose for the action, and for the constant game of deceit, violence and betrayal between two fierce warring factions: Mossad and the IDF on one side, Hamas and Hezbollah on the other.

Innocents like Omar’s sister, a cop, Maya (Lucy Ayoub), married to a Jewish cop, are caught in the crossfire, providing the emotional heft the series required to dilute the violence.

The politics of Fauda has always been controversial, with Palestinian writers condemning it for its racism and xenophobia.

Audiences around the world, who may not be too aware of the long-standing conflict in the Middle East, will enjoy the action set pieces, the chess-board moves by the characters, a bit of romance and unbreakable family loyalties.

In terms of plot, Season 4, written by Noah Stollman and directed by Omri Givon, matches Season 1. It is grim, fast-paced and engaging.

The explosive ending leaves room for another season. 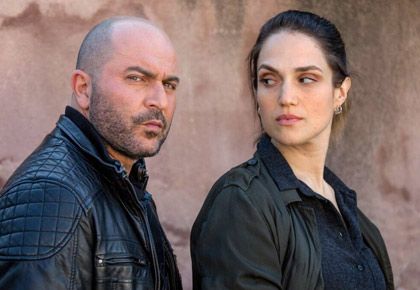