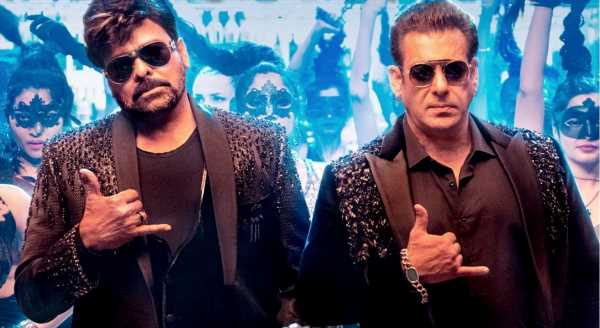 The Malayalam film Lucifer, on which the Telugu film Godfather is based (a Hindi dubbed version has also been released), was directed by actor Prithviraj Sukumaran. It was a deft blend of political drama and action thriller rooted within the cultural ethos of Kerala.

With a Christian character in the lead, the title also made sense.

The Telugu remake, directed by Mohan Raja, tailored to suit the image of Chiranjeevi (whose name is prefixed by ‘superstar’), is a masala version, the complexities flattened to give him sole charge of the film.

So there are a series of action set pieces, and much swaggering by him in slow motion, though his hair has touches of grey and his voice is gentle.

He plays the powerful but shadowy Brahma, whose presence threatens to overturn the political chessboard being laid out by the villain. Perhaps the assumption was that audiences would have seen the original in its Telugu dubbed version, so quite a few explanatory scenes have been excised, the role of the investigative journalist deleted, and a few characters dispensed with.

After a baffling Interpol scene, the action shifts to Kerala, where PKR (Sarvadaman Banerjee), the chief minister of the state, has died, his deputy Narayana Varma (Murali Sharma), who was hoping to be elevated to the chair, is stymied by the dead man’s son-in-law, Jai (Satyadev Kancharana). His wife, Satyaprirya (Nayanthara) is also manipulated by the man’s evil schemes. (Whoever dubbed Nayanthara’s lines made her sound like a zombie.)

She hates Brahma, who was PKR’s protégé and foster son, since she believes he was responsible for her mother’s death.

Cast away from the family, he went abroad, made a fortune (presumably by criminal but not evil means), and returned to run an orphanage, where he lives. He has also collected a bunch of loyal followers, who do his bidding without question.

Brahma is sent to jail on a trumped up rape charge (in this age of DNA testing, can a woman accuse a man of fathering her child and get away with the lie?) and for the length of time that he is away from the screen, the film drags.

The skullduggery that Jai and Varma indulge in has been seen in dozens of films before, as have the drug-pushing gangsters buying political clout.

In the original, the late CM’s America-returned son played an important part; he is written out of Godfather, and Satyapriya’s daughter is changed to sister, so that her stepdad Jai’s drugging and pawing her doesn’t look like child abuse or incest.

To add to the star power, Salman Khan makes an appearance (the role played by Sukumaran himself in Lucifer) as a gangster friend, who causes a few explosions to help Brahma.

In the Malayalam film, the lead actor had stated his moral position — that the choice was not between good and bad but between a lesser and a greater evil.

Godfather does not pause to make any such distinction, though Brahma, wearing a jail uniform with 786 printed on it, and reading Gandhi’s My Experiments With Truth is supposed to be a thinking thug.

Take away Chiranjeevi from Godfather, and there’s little left to keep the audience engaged.

He is aging gracefully, and plays Brahma with a quiet but menacing look.

His son Ram Charan has made a place for himself in Telugu cinema, but going by the whistles from the upper stall, he has not lost his own following.

Godfather ends with the revelation of Brahma’s real identity, with the possibility of a sequel. 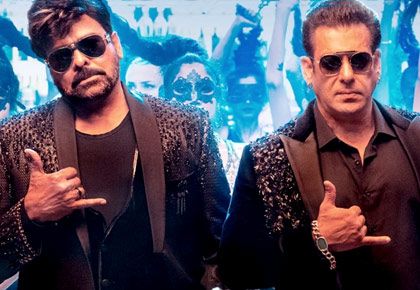