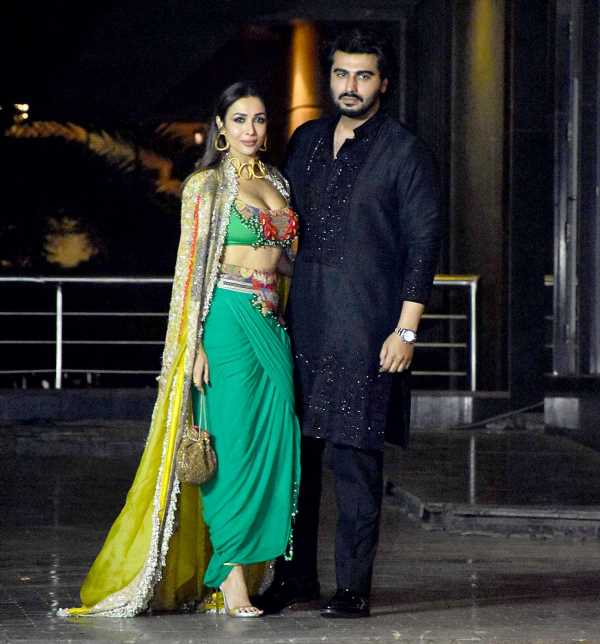 Sonam Kapoor took time off from her mommy duties to throw a Diwali party for her friends and colleagues from the film industry.

Malaika Arora, who celebrated her birthday on October 23, arrives with her boyfriend Arjun Kapoor. Brothers-in-law Anand Ahuja (Sonam’s husband) and Karan Boolani (her sister, Rhea Kapoor’s better half) with a friend. Ahuja distributed boxes of mithai to the media assembled as well. Tiger Shroff is finally spotted at a Diwali do. Athiya Shetty is a silver princess. Their children, Shanaya and Jahaan Kapoor.