Glenn (Bob Cryer) has been skilfully manipulating Maxine for weeks now, but that all seemed to change last night when she found the gun that he used to shoot Kim Butterfield.

Hollyoaks‘ latest spoiler clip shows Maxine (Nikki Sanderson) finally on the right side as she confronts Glenn and gives him a piece of her mind.

Maxine warns Glenn that she knows all about the gun – and now regrets her decision to give him a false alibi.

Ranting at the dangerous villain, Maxine explains: “I searched your office yesterday, and I know what was in that bag that you got from Zack.

“It was you, wasn’t it? You tried to kill Kim. And that was the gun that you used.

“You tried to murder an innocent girl, because you thought she was sleeping with your ex. I lied to the police for you, do you realise what that means?

“I could go to prison and Minnie could be left all on her own.” 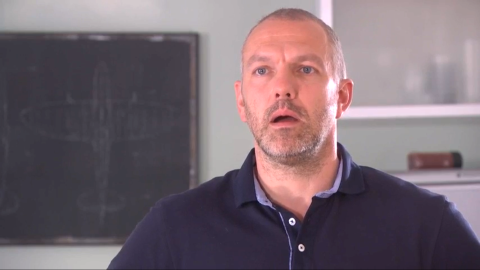 Maxine isn’t giving Glenn any chance to make excuses this time and forces him out of the flat, but the big question is whether his reign of terror is nearing an end.

Can Glenn still find a way to talk Maxine round, or are his days numbered?