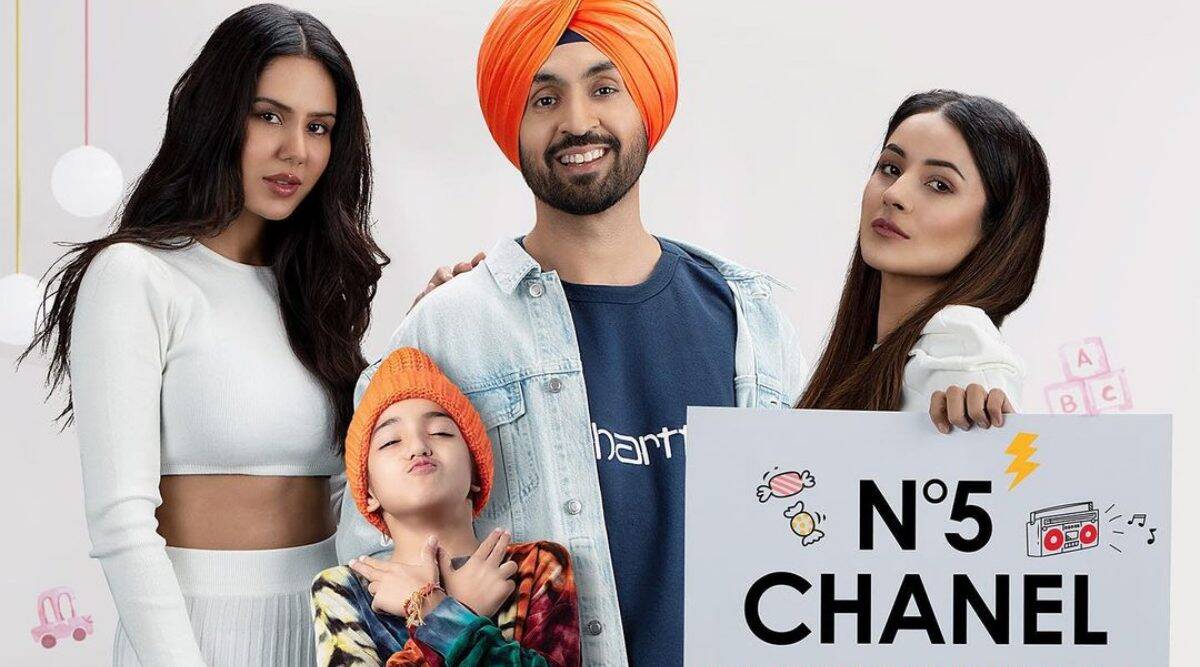 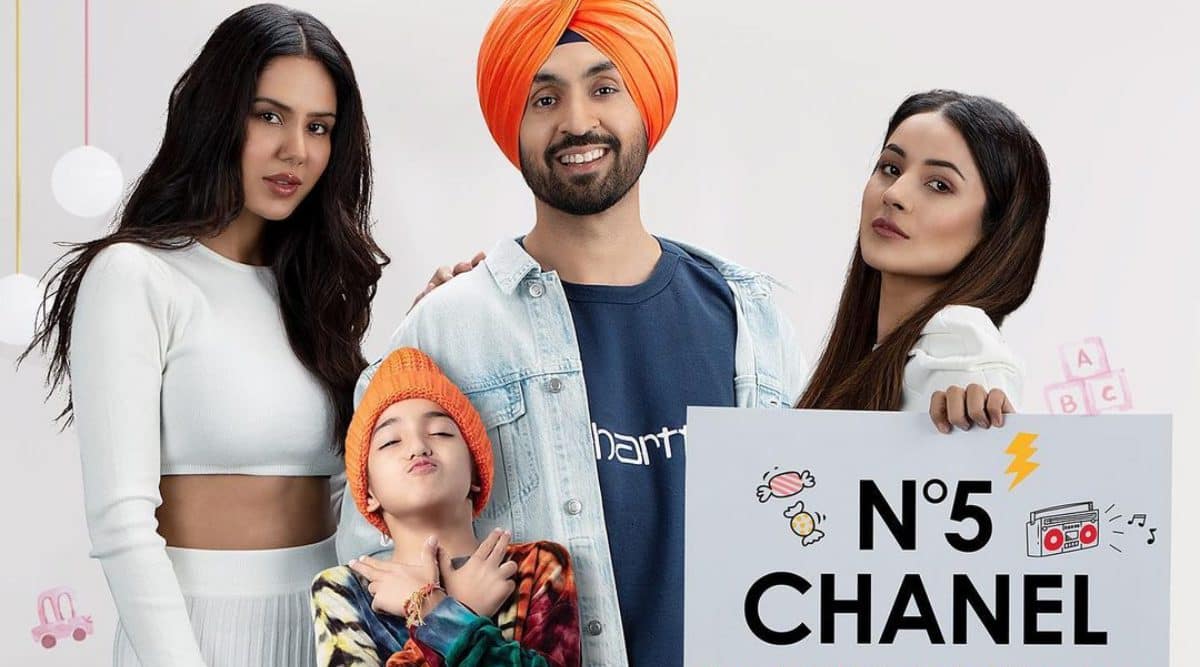 The first song of Shehnaaz Gill, Diljit Dosanjh and Sonam Bajwa starrer Punjabi film Honsla Rakh, titled “Channel No 5” was released on Thursday. Sung by Dosanjh and penned by Raj Ranjodh, the song is a peppy number that is sure to make it to the playlist of many this wedding season.

The three-minute-long song is picturised on the lead cast of Honsla Rakh, Shehnaaz, Diljit and Sonam. It seems the trio is dancing at some wedding party. While Shehnaaz and Sonam look gorgeous in their lehengas, Diljit is dapper in his suited look. In the song, Shehnaaz’s character is visibly jealous of Sonam as she dances with Diljit. From the trailer of the movie, we already are aware of the love triangle between the three characters.

Written by Rakesh Dhawan, Honsla Rakh is directed by Amarjit Singh Saron. The film will hit the screens this Dusshera on October 15. It also stars Gippy Grewal’s son Shinda Grewal, and marks Diljit Dosanjh’s debut as a producer under his banner Story Time Productions. 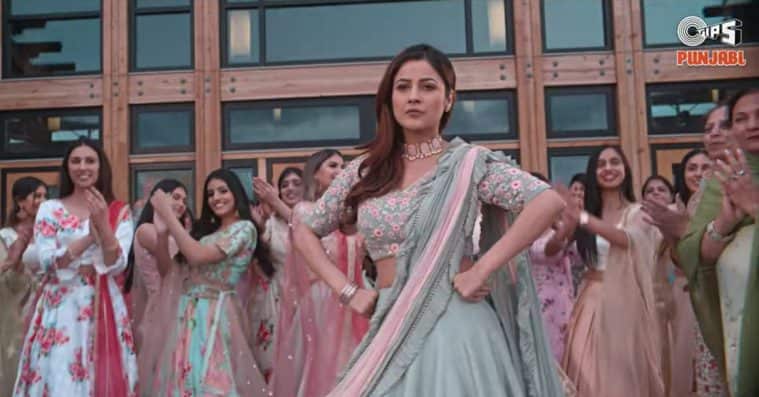 Earlier this month, makers of Honsla Rakh said they are hoping to hear from Shehnaaz Gill. Producer Diljit Thind told Times Of India, “We are waiting for her to recover and heal from the grave loss. We had originally planned to shoot the song on September 15 in London, but that couldn’t happen because of obvious reasons. We will finalise a new date soon and would want Shehnaaz to be a part of it, too, as she is an integral part of the film. I am in touch with her manager and hoping that she will contact us in a few days.” Shehnaaz has been coping with the death of her close friend Sidharth Shukla who passed away at the age of 40 earlier this month.