After two months of Love Island, there’s only one question we want the answer to – what went down at the after-party?

Well, luckily narrator Iain Stirling has spilled all the goss on Lorraine today (August 2), and… it doesn’t sound that exciting in all honesty.

“I’d love to give you gossip right now… the truth is, we went to the villa afterwards for the beer, but the fridge had no beer,” he revealed. 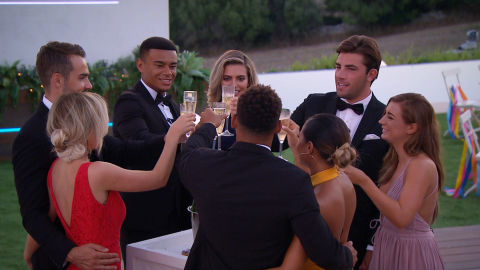 “The fun thing was watching the contestants get their phones back. They get their phone back in a plastic pouch, it’s like they’ve just come out of prison. [In] eight weeks, some of them have gone from no followers on social media to a million… their phones just went ‘beeeeeeeeep’.”

Iain continued: “Just watching these kids trying to get their heads around the fact the world was on the phone. In their defence, they were very lovely and made a real effort and spoke to everyone and got their photos taken with me – I was going around like a fanboy.

“If I’d just got my phone back and had a million followers on Instagram, I wouldn’t speak to anyone. I’d be like, ‘See you later, losers, I’m off to do some teeth-whitening ads.’

What a final! What a series. Well done Dani and Jack, such well deserved winners. X

What a final! What a series. Well done Dani and Jack, such well deserved winners. X

“They were lovely. Long story short, the after-party was at a bar that we drink in every night. It had to be a silent disco because you’re not allowed to be loud after 1am. I’ve had headphones on for eight weeks, I was like, ‘Are you joking?!’ I had a kebab, but had it on a plate because I’m famous…”

As the islanders have been trickling back into the real world, they’ve been opening up about some of the stuff that went down in the villa.

Among them is Dani Dyer, who defended the show after Ofcom received 2,500 complaints that producers made it look like Jack Fincham might be cheating on her, leading her to break down in tears. 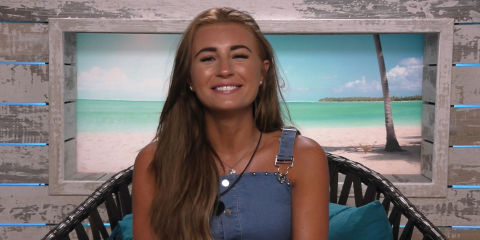 “Oh listen, they’ve got to make a TV show,” Dani said, joking: “If I weren’t crying, the viewers would drop.

Love Island will return for a one-off reunion special this Sunday (August 5) on ITV2 at 9pm.