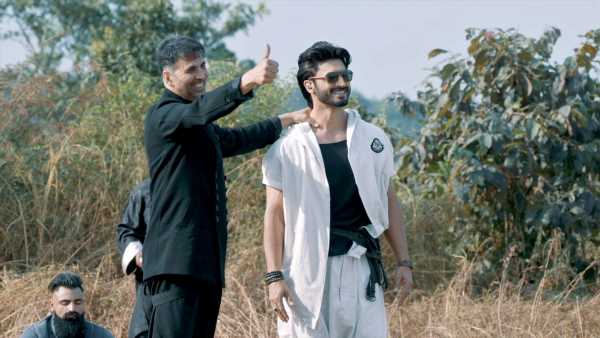 When it comes to reality shows, you expect over the top drama and unnecessary fights as they drive up TRPs.

India’s Ultimate Warrior is exactly the opposite and yet entertains while packing a solid punch… metaphorically and quite literally.

It’s the first reality show in India based on the warrior theme and Vidyut Jammwal as its host doesn’t disappoint at all.

16 athletes and fighters from across India perform hard-core action tasks to prove their physical and mental strength.

The contestants are divided into four groups and to make their journey more productive, each group is assigned a mentor.

The show’s creators get down to business in the very first episode and we see the contestants in action right away.

First up, the host tests the contestants to see how calm and in control they are. All the participants wrestle it out. Some of them make a good first impression courtesy their strength and restraint.

Then we see them facing their fears as the contestants are asked to do Forward Facing Rappelling.

One lady contestant, Pearl Monteiro, has a tough time climbing down the hill, but she ultimately conquers her fear of heights with mentor Shaun Kober’s help.

After performing two more challenging tasks, at the end of the first episode, one contestant is chosen as the star performer while two are sent home.

In the second episode, the contestants again perform some amazing tasks like Water Slapping, Murder Ball, False Finish and Military Milling. This time, their determination is assessed.

Despite a few contestants getting injured, they continue to perform to prove they have what it takes to be the ultimate warrior.

The third episode gets more interesting as Akshay Kumar joins Vidyut in assessing the contestants.

Akshay makes a grand entry and gets ready to test how focussed the contestants are.

First, Akshay asks everyone to introduce themselves by sparring with him.

It’s interesting to watch the movie superstar showcase his martial arts skills which we usually don’t get to see on screen.

We see Akshay perform a dead-drop stunt with utmost focus. The contestants follow suit and some impress Khiladi Kumar with their attitude.

The last task for the episode is a Tag Fight where the contestants have to remove each other’s tags while in a pit of mud.

The first three episodes of India’s Ultimate Warrior are high on content and action.

All the fighters have backstories, but the showrunners only focus on their skills and that works wonderfully in favour of the reality show.

Vidyut is a no-nonsense host who does his job well and never gets into preachy mode. He sticks to the point, keeping the show crisp and exciting.

Vidyut, who is trained in Kalaripayattu, shows off his skills in between, but never takes the attention away from the contestants.

Akshay’s addition as the guest host works well with the theme of the show as the superstar is a trained martial artist who gives relevant and good advice to the contestants.

Overall, India’s Ultimate Warrior pretty much gets it right except when it comes to the mentors. We don’t see much about their bonding with the contestants and how they train and guide them.

That’s a let down as the mentor-disciple relationship is integral in martial arts or any form of art for that matter.

Also, if all the mentors were Indians, it would have made more sense because Akshay speaks Hindi throughout the episode during which we don’t see the three foreign mentors much and rightfully so because of the language barrier.

Apart from that, Vidyut Jammwal’s warrior themed reality doesn’t lack in any department. So definitely give it a watch! 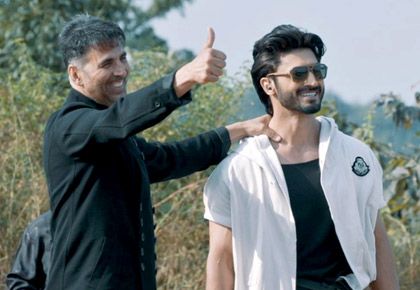