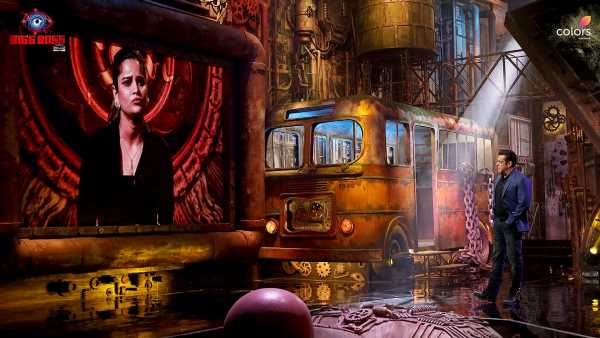 Though Archana Gautam was evicted from Bigg Boss for physically hurting Shiv Thakare, the actress-turned-politician was brought back in the game over the weekend.

Salman Khan grilled her for losing her calm and breaking an important rule of the game.

But he also reprimanded Shiv for provoking Archana and dragging her political party in their fight.

Namrata Thakker gives a recap of what happened.

After scolding Archana for grabbing Shiv’s neck and hurting him during their fight, Salman asks the contestants for details.

Tina Dutta defends Shiv, but Salman points out that she doesn’t know the entire episode.

Priyanka Chahar Choudhary recounts the fight without adding any masala and says Archana was wrong, but her intent wasn’t to hurt.

Shiv tries to defend himself, but Bhai doesn’t agree with him at all.

He says it’s wrong to talk about her political party and about politics in general.

With that, Salman announces that Archana will enter the house again.

Is Varun going to be a daddy? Varun Dhawan and Kriti Sanon arrive on Bigg Boss to promote Bhediya, but it is Varun’s conversation with Salman that’s got everyone’s attention.

Varun and Kriti play a game with Salman where they are blindfolded and have to guess the Salman film by holding a prop. Salman gives them a tiger soft toy, as the film’s name is Tiger Zinda Hai.

Are Varun and Natasha Dalal going to be parents soon?

The segment ends with Gori’s elimination. 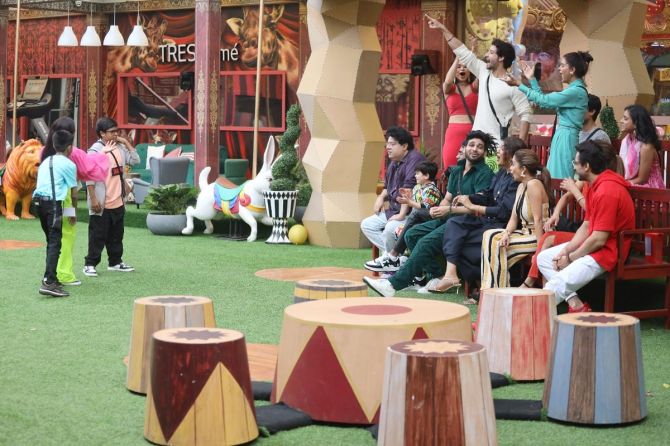 In Sunday’s episode, the contestants are in for a surprise as three child artists enter the BB house to entertain them.

One child remains quiet throughout the segment, as he’s mimicking Ankit.

The other two mimic Shalin and Priyanka, and it’s hilarious to watch them roast the contestants.

For a change, the atmosphere is the house seems happy.

But it is short-lived as Priyanka and Stan get into a spat.

MC Stan passes unpleasant remarks which makes him look like a misogynist.

Archana and Soundarya do the Nagin dance to irritate Shiv, but he joins the fun. 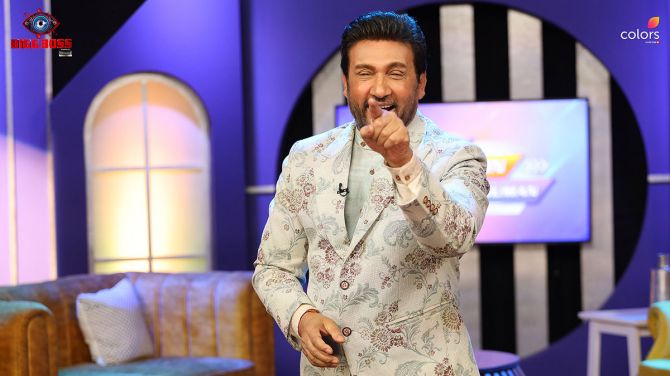 He also does a commentary on the housemates as if they are all kids, keeping up with the Children’s Day theme.

He says Abdu is that cute kid who saves his friends so that the teacher doesn’t yell at them.

Sajid is that kid who always bets in class whether the teacher will come or not.

He’s also the one who is always in the canteen instead of his classes.

He says Ankit is the kid who maintains pin drop silence.

Sumbul is the crybaby while Archana is the naughtiest kid.

It’s good to see Archana back, entertaining everyone with her antics.

Shiv needs to chill and stop picking fights with Priyanka.

MC Stan was coming across as mature when he wasn’t speaking much. But now that he is passing regressive remarks, he’s getting hard to watch. 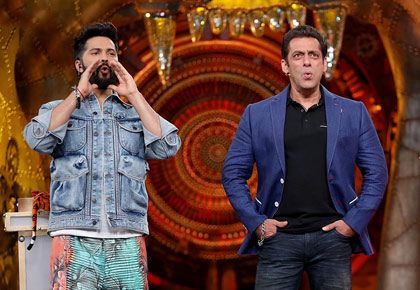