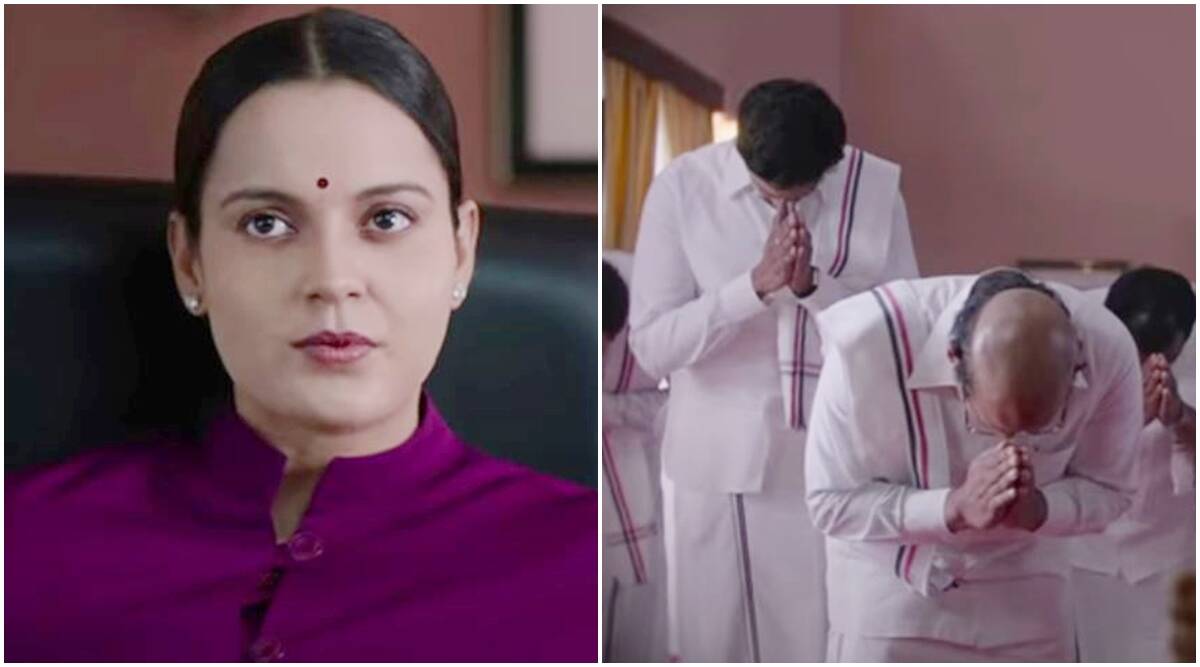 Thalaivi trailer: The Hindi trailer of J Jayalalithaa biopic shows male politicians bending in front of Kangana Ranaut but the scene is not part of the Tamil trailer. 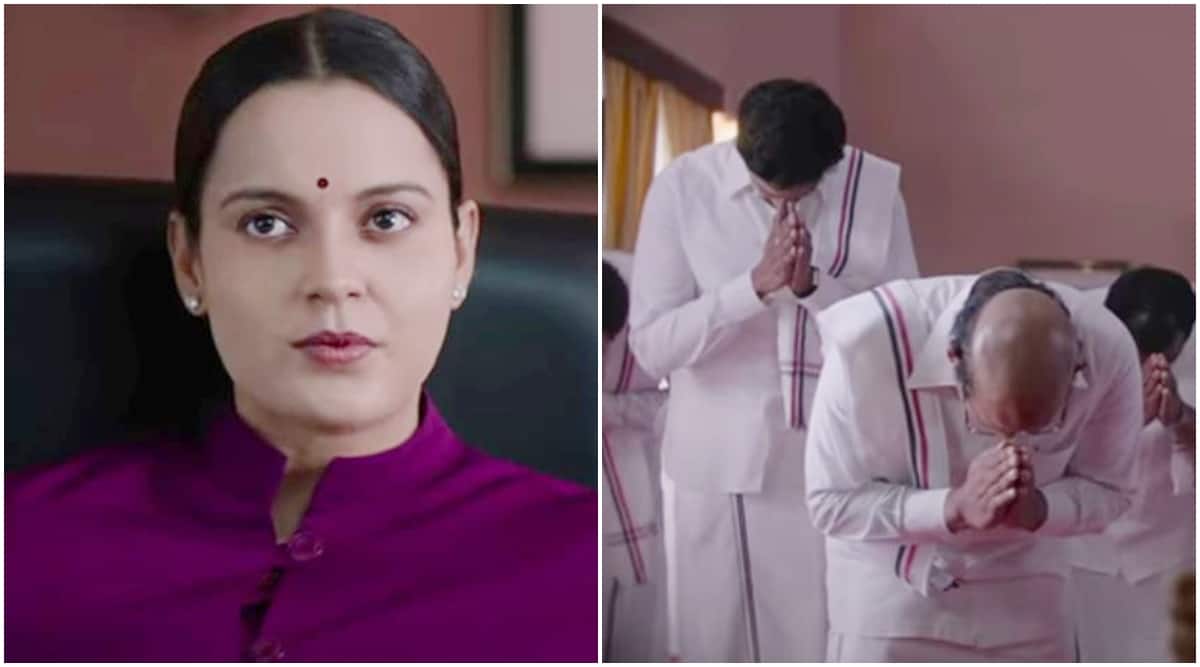 After the trailer release of Kangana Ranaut-starrer Thalaivi, many were impressed with the sneak-peek the makers offered into late Tamil Nadu chief minister and former actor J Jayalalithaa’s life. However, what a large chunk of audience might have missed is this significant difference in the Tamil and Hindi trailers for the film.

While both the versions of Thalaivi trailer are largely the same, there are some minor changes here and there in order to maintain the flow of the movie. This is mainly done because the languages and audiences are different, therefore, the varied interpretations of the same sequence in the form of dialogues have been used in the promos.

But the visuals that make up both the trailers are largely the same barring one stark difference. While in the Hindi trailer, we see a group of men bowing down to Kangana’s Jayalalithaa at one point, this scene is missing in the Tamil video. The said scene appears towards the end of the trailer as Kangana ominously utters these lines — “Look at me as a mother and I will hold you in my heart. But if you see me just as a ‘woman’…”

Now the reason behind these edits is a mystery, one can only make guesses at this point about why this decision was taken by the Thalaivi team. Is it because the makers kept in mind the nuances of Tamil politics or was the scene merely employed in the Hindi version of the biopic for a dramatic effect?

Directed by AL Vijay, Thalaivi will release in theatres on April 23.