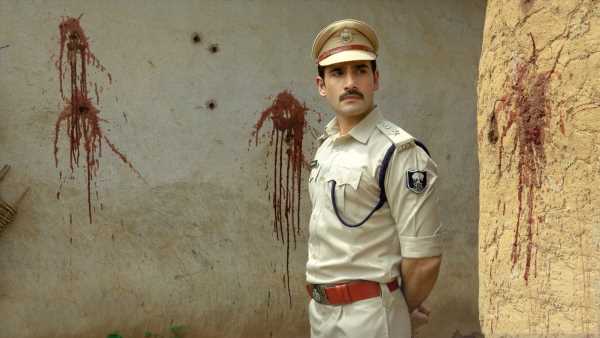 Khakee: The Bihar Chapter: The picture is as ugly as it is grim, observes Deepa Gahlot.

Khakee: The Bihar Chapter is produced and written by Neeraj Pandey, based on police officer Amit Lodha’s book Bihar Diaries: The True Story of How Bihar’s Most Dangerous Criminal was Caught.

Karan Tacker plays Lodha, the engineer-turned-IPS officer, who sincerely tells his interviewers that he wants to make a difference to society. For his naive optimism, he is appointed to the Bihar cadre, and sent on a ‘punishment’ posting to the back of beyond Sheikhpura, where he arrives with his wife (Nikita Dutta) and little son.

His immediate superior is the opportunistic Mukteshwar Chaubey (Ashutosh Rana: Excellent!), whose superpower is being in the right place at the right time.

Amit is thrown right into the deep end when he is sent to deal with a bunch of villagers, who are blocking a railway track so that somebody in power listens to their demands.

He offers himself as hostage, sure that his colleagues will come to rescue him.

In the end, the villagers take pity on him and drop him home.

The lesson he learns is that it’s every man for himself in that hell hole of inquity.

Bihar does not have the reputation for being the most lawless state in India for nothing; it is a bubbling cauldron of official apathy, caste, crime, corruption and politicians, who keep stirring it for their own benefit.

An honest government employee is up against hurdles too high to jump over.

In a powerful and darkly humorous sequence that explains just how the state functions (or doesn’t function), a police party led by Ranjan Kumar (Abhimanyu Singh) is waiting to arrest an outlaw, but they can proceed only when they get the orders from higher-ups and that depends on who — meaning the candidate of which caste — wins the election.

After several career zig-zags, Amit is given the task of catching Chandan Mahto (Avinash Tiwary), who is wily and fearless, cultivated by leaders, who want his lower caste vote bank on their side. But after he has organised a few brutal massacres, there is no option but to hunt down the man and his loyal followers.

The problem is that Bihar (and Uttar Pradesh) have been the setting for several fictional cop-and-crime sagas, much more gory and profanity-ridden because on OTT, they get away with it.

Khakee‘s origins in reality do not make much difference — people being gunned down look the same, evil has the same black hue.

What this show does is leave the audience with the tough choice of deciding which side of the moral divide they want to be on — Chandan and his chief aide Chyawanprash Sahu (Jatin Sarna) are ruthless and bloodthirsty; it is equally true that their lower caste gave them no choice but to fight for their people.

The actual manhunt using technology and cell phone evesdropping is reminiscent of the under-rated film Seher.

Khakee, running over seven hour-long episodes, keeps the twists in the plot going, and then carries on for a lot longer than it needs to, even in the interest of veracity.

Amidst the overcrowded cast, a few interesting characters stand out.

How can a project about Bihar be made without Ravi Kishan?

As is usually happens by accident or design, the righteousness of the good guy pales before the audacity of the baddie. Avinash Tiwary makes an effort to look the part, pan-stained teeth and all, and almost always steals Tacker’s thunder.

The series, like so many others now, shot on real locations, continues to give urban viewers a look at how the other half lives, and the picture is as ugly as it is grim.

Bihar will need a great deal of real development or some PR spinning to get out of the rut it has fallen into. Till then, it will keep offering movie and Web show producers material for churning out voyeuristically violent content. 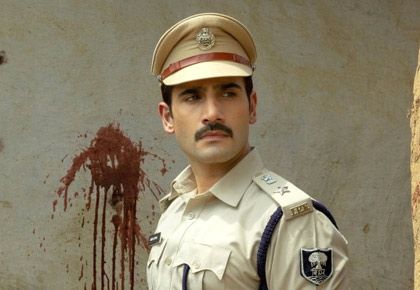